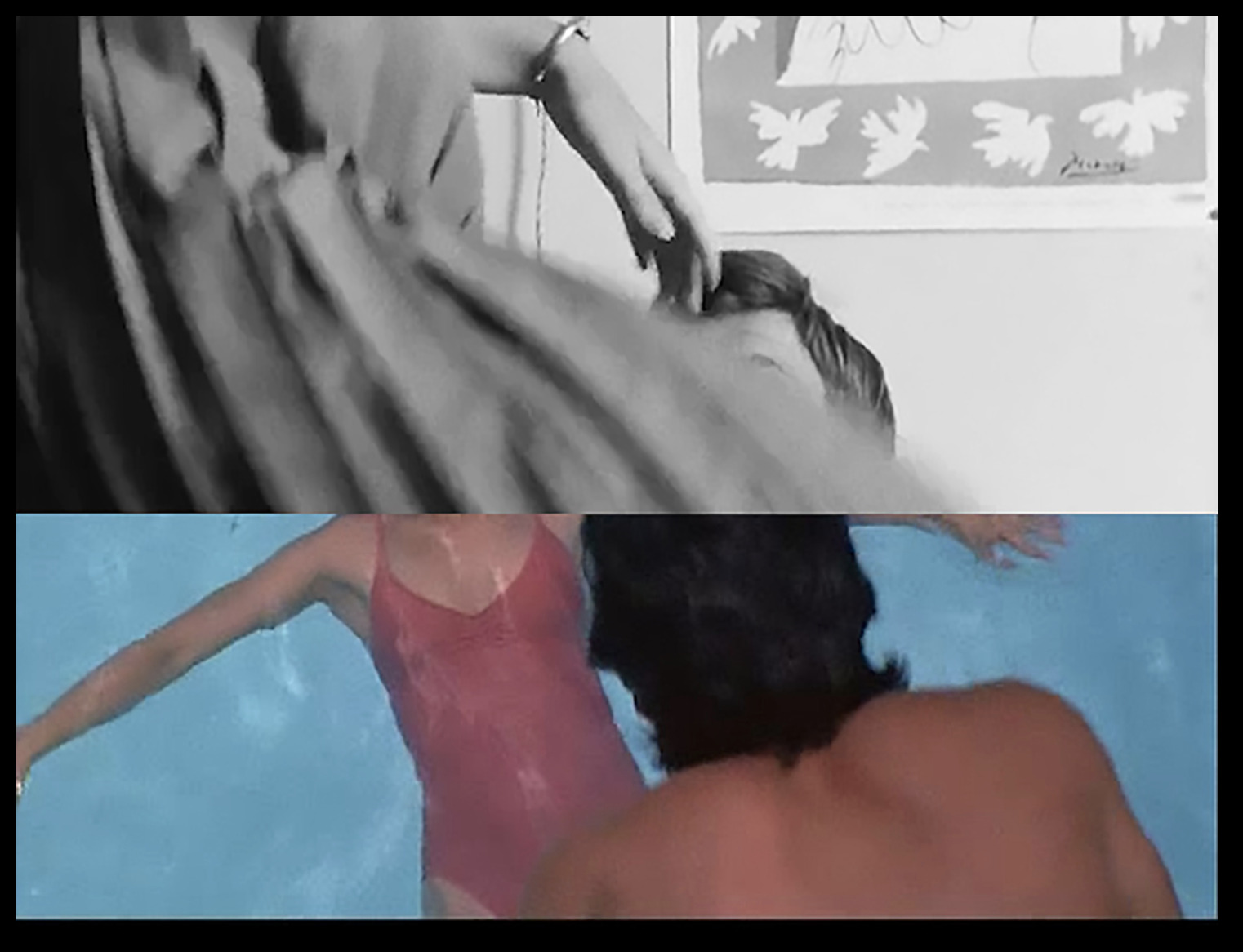 For the auction, Bruno Goosse donated two of his photo prints from his project “French Practice” (2018). These photos are made from a montage combining the upper half of the images by Jean-Luc Godard movie video still and at the bottom of the images of his movie remake “Breathless” directed by Jim McBride. This raises the question of the value of the work and of the reception gap between two continents, of the translation which, here, is a translation of images, of context, even of narrative.

Learn more about the artist and look at her other artworks.

Bruno Goosse (1962) is an artist and teacher at the Brussels Academy of Fine Arts.

Using documents and summoning stories and proven facts, his practice proposes a poetic and political rereading of certain sections of history by questioning the often undiscussed relationship of a society to value.

Following the political experience of writing legal texts, which has left a deep impression on him, his plastic work deploys a reflection on situations of both textual and imaginary constraints, trying to give shape to these imperatives and to what ruins them. How the text, particularly legal, and its fictional montages condition our relationship to reality, image and art constitutes the main axis of his research. Investigating a value system by showing the way it is historically constructed, in the ecology of sometimes sharp tensions, and then showing how the symbolic scaffolding that made it possible is then forgotten is an important orientation of this work.

Often narrative, his practice develops in the form of video, installations of documents and publications.