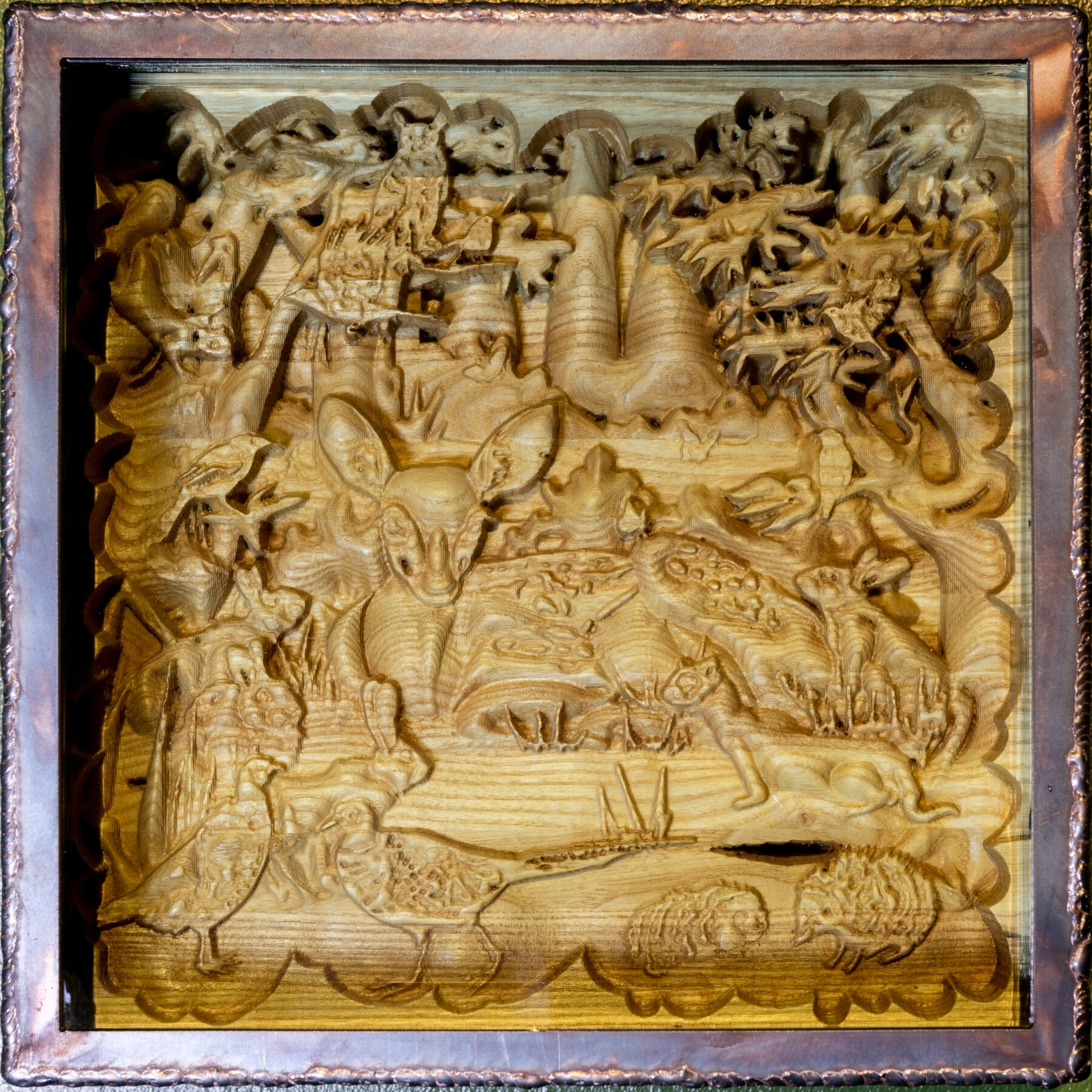 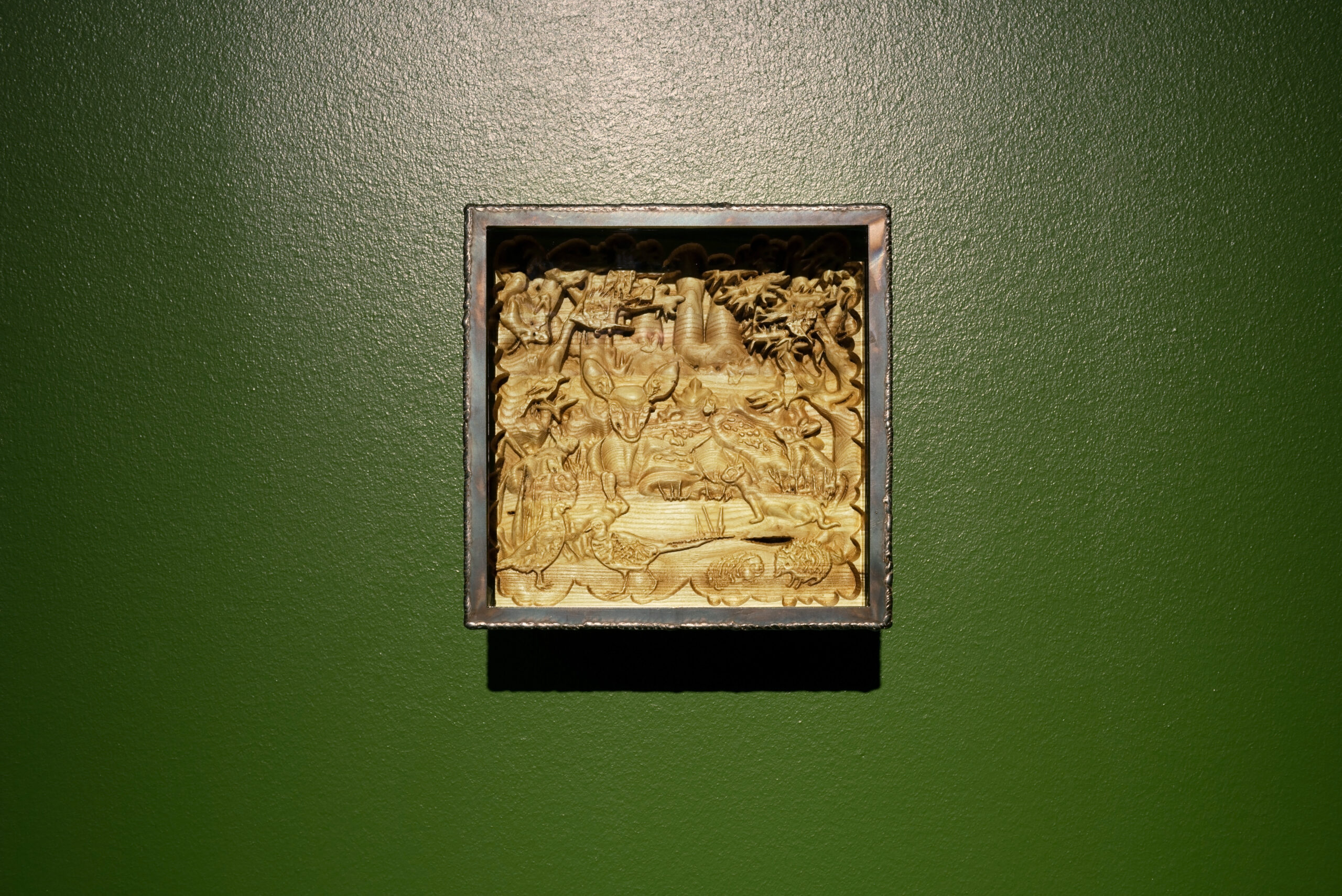 Work from a group exhibition ”The Bambi Project“.

His whole youth suddenly flashed before his eyes. The meadow, the trails where he walked with his mother, the happy games with Gobo and Faline, the nice grasshoppers and butterflies, the fight with Karus and Ronno when he had won Faline for his own. He felt happy again, and yet, he trembled. (Salten, p. 214–215)

Līga Spunde has chosen to focus on ambiguous human attitudes towards living beings and their complicated relationships with nature, a motif present also in Salten’s book. Both exhibition works represent an image of a deer in a similar pose but the situations each of them are placed in are radically different. The harmonious and carefree landscape represented in Bulletproof Glass Protecting Serenity takes its inspiration from the idealized world usually seen in Disney animations. Although the animal world built up by Disney is fictional, it represents the ideals of Western society, the desire for a place of peace and happiness. Spunde has built bulletproof glass around this idealized vision to protect the dream of the Bambi world.

Although Gobo is represented in a similar way, instead of his forest friends we see a human figure next to the deer’s body. The image is borrowed from trophy photography, where a smiling man poses with the hunted prey, creating a misleading impression of friendship between these two species. At first it is hard to see death in these kinds of photographs but recognizing its presence causes us to experience haunting chills. Gobo, although not present in the Disney animation, has a prominent place in the book representing both pet and prey. It actualizes the issue of discrimination between humans and animals, underlining the different attitudes that man has towards pets, cattle and wild animals.