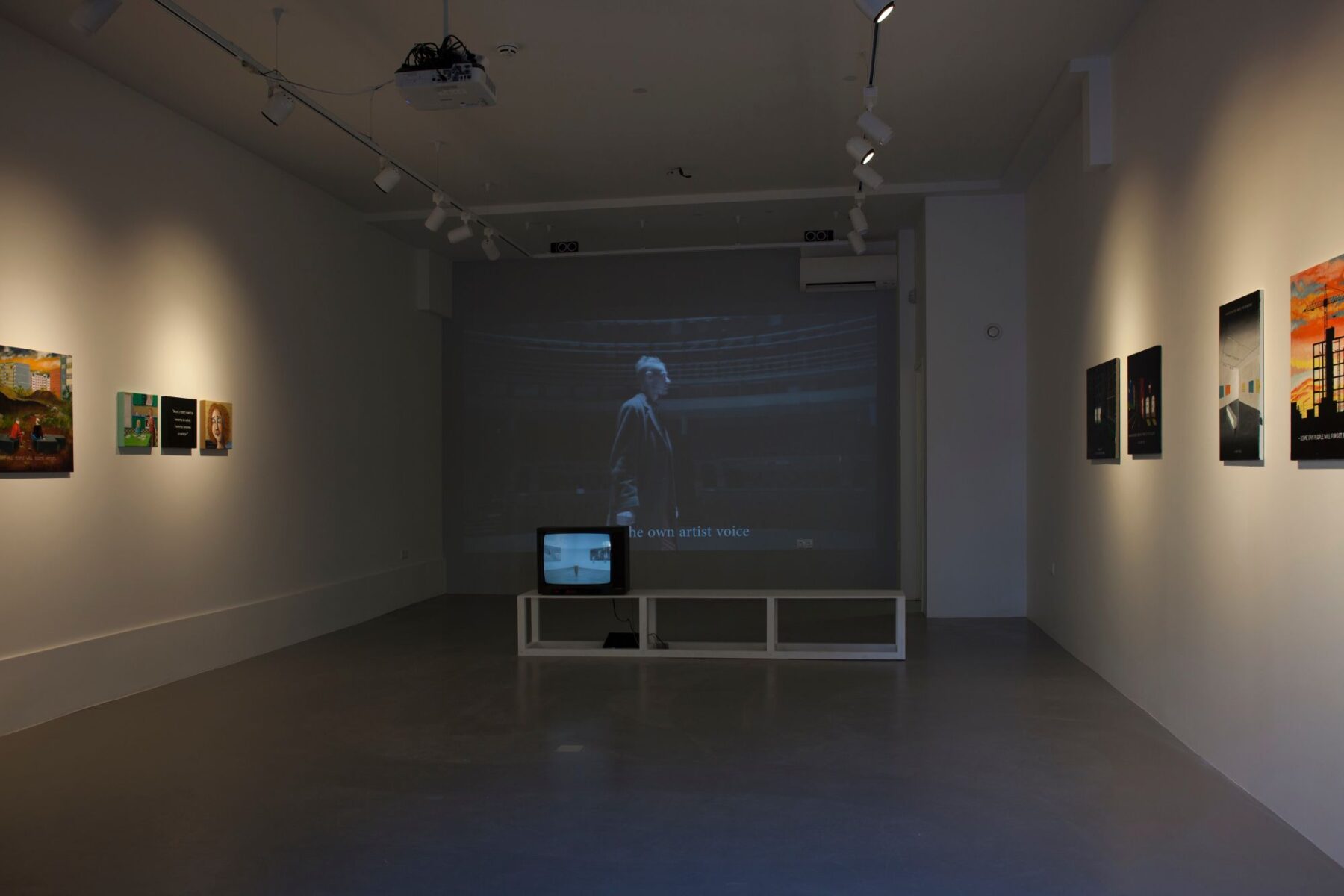 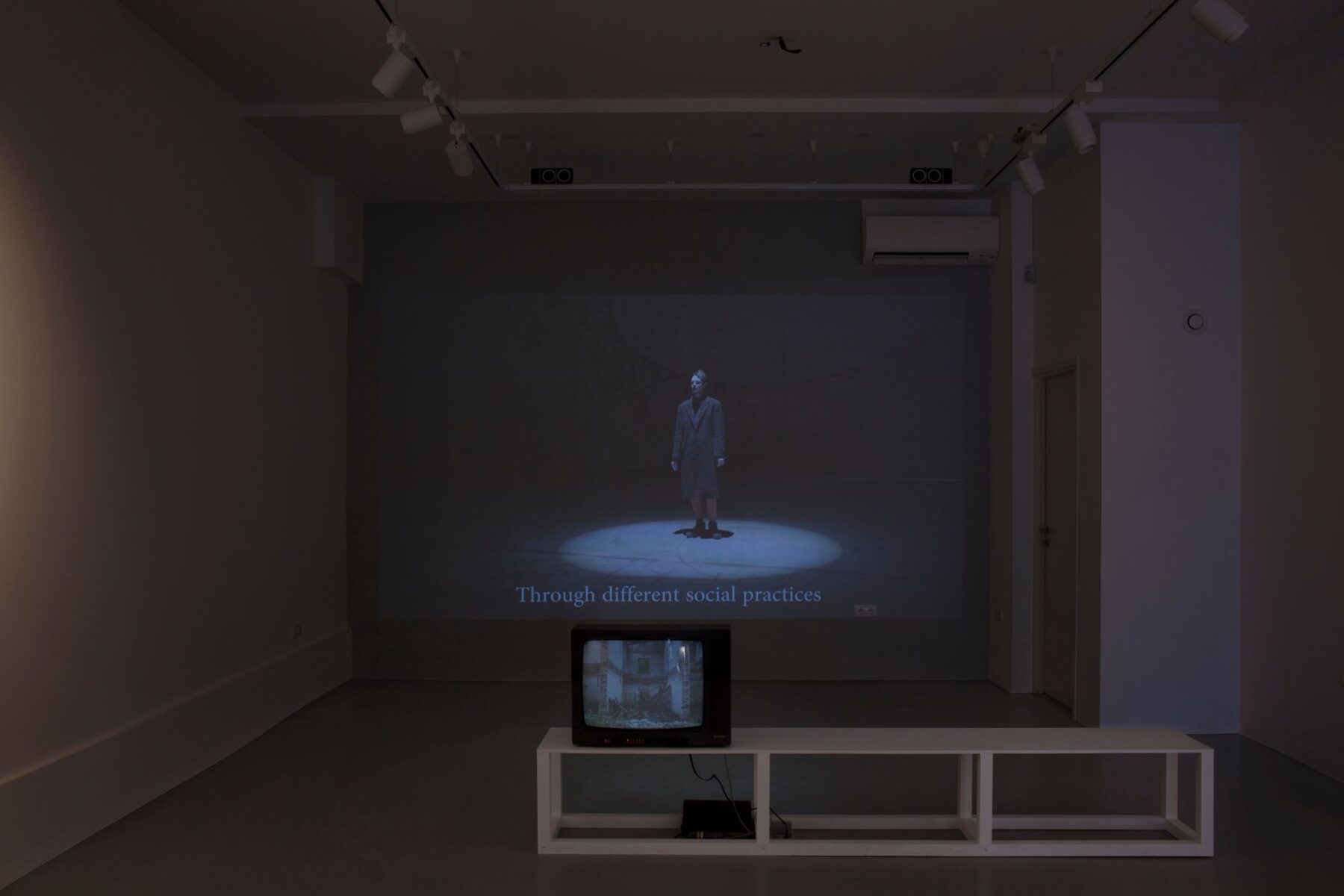 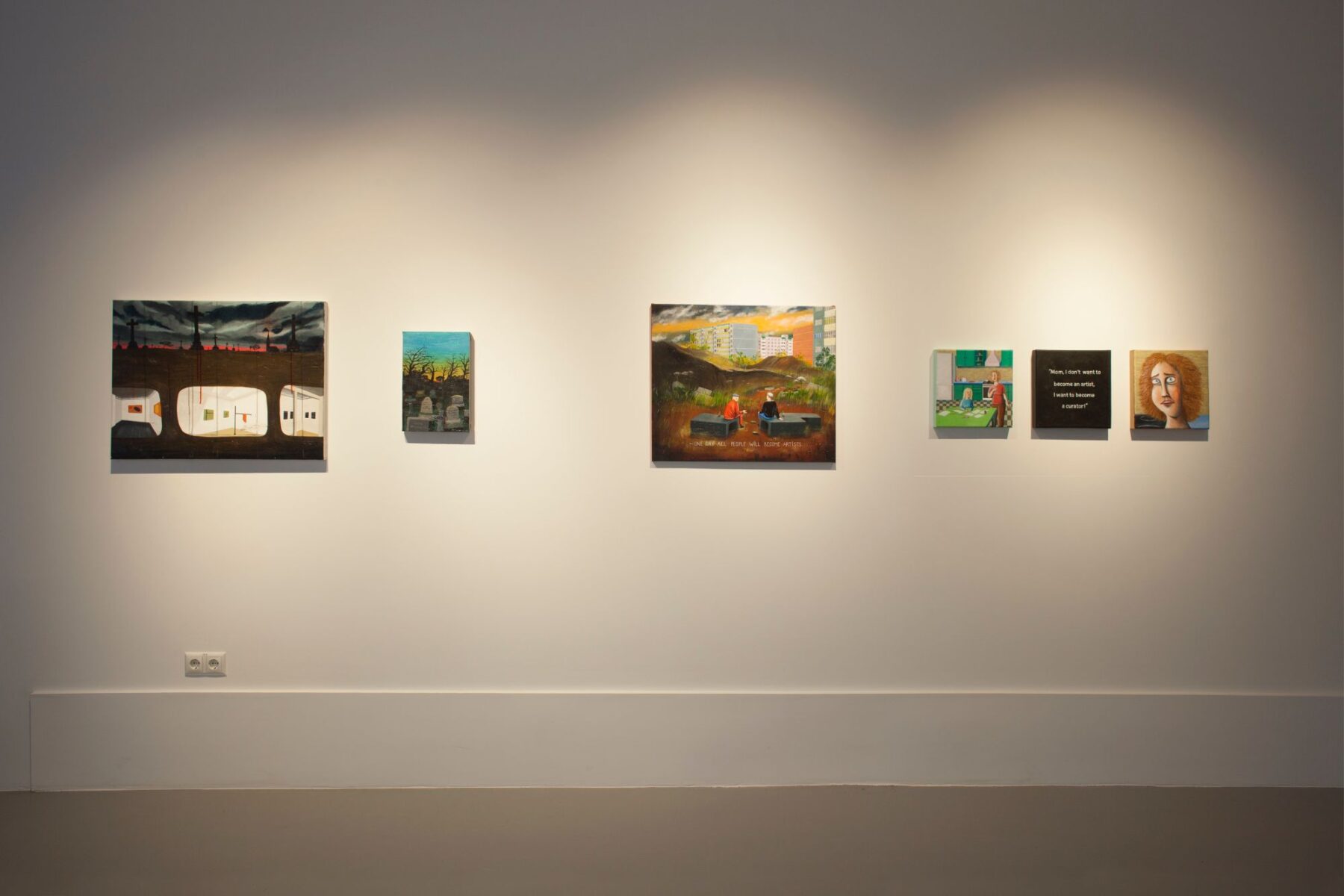 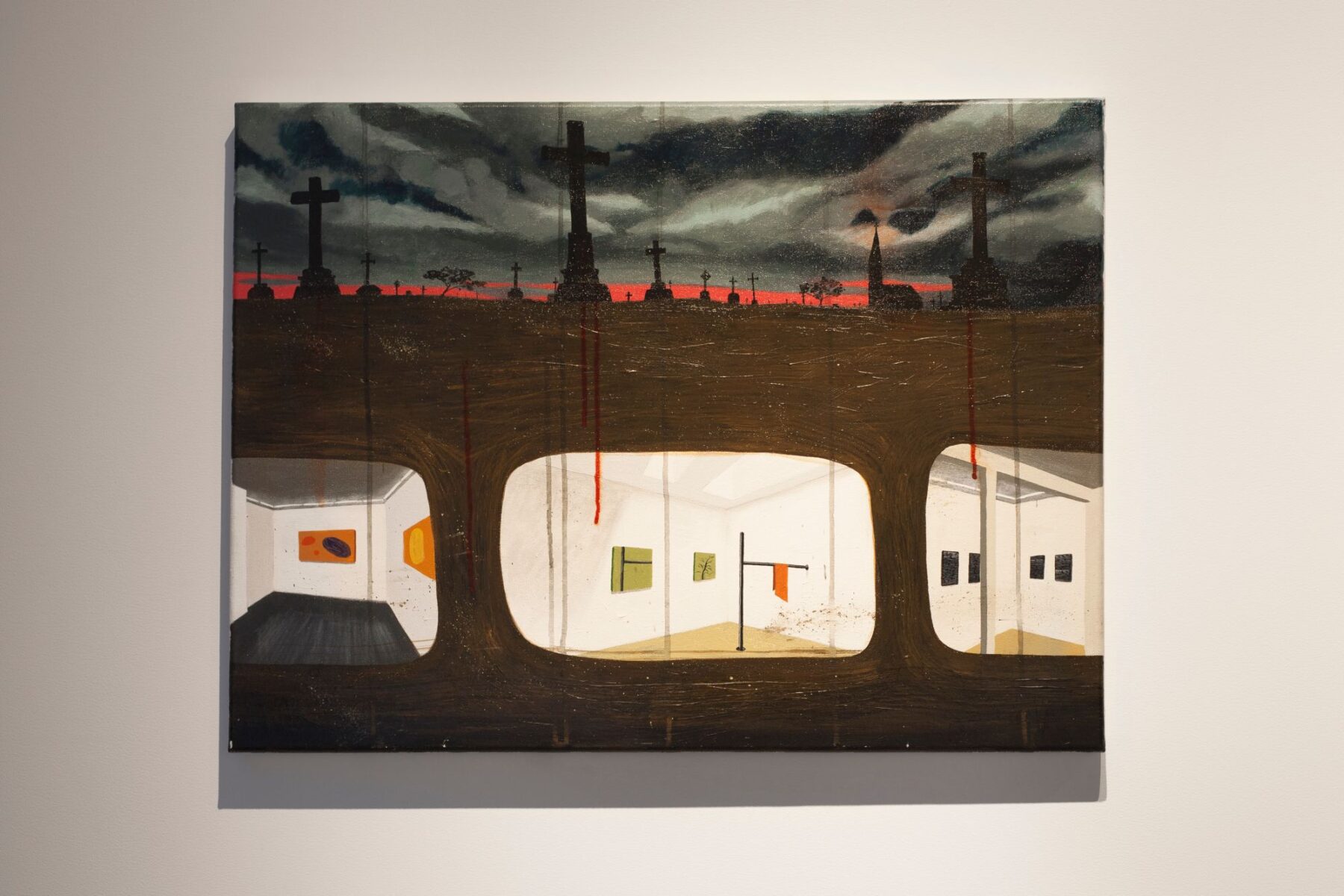 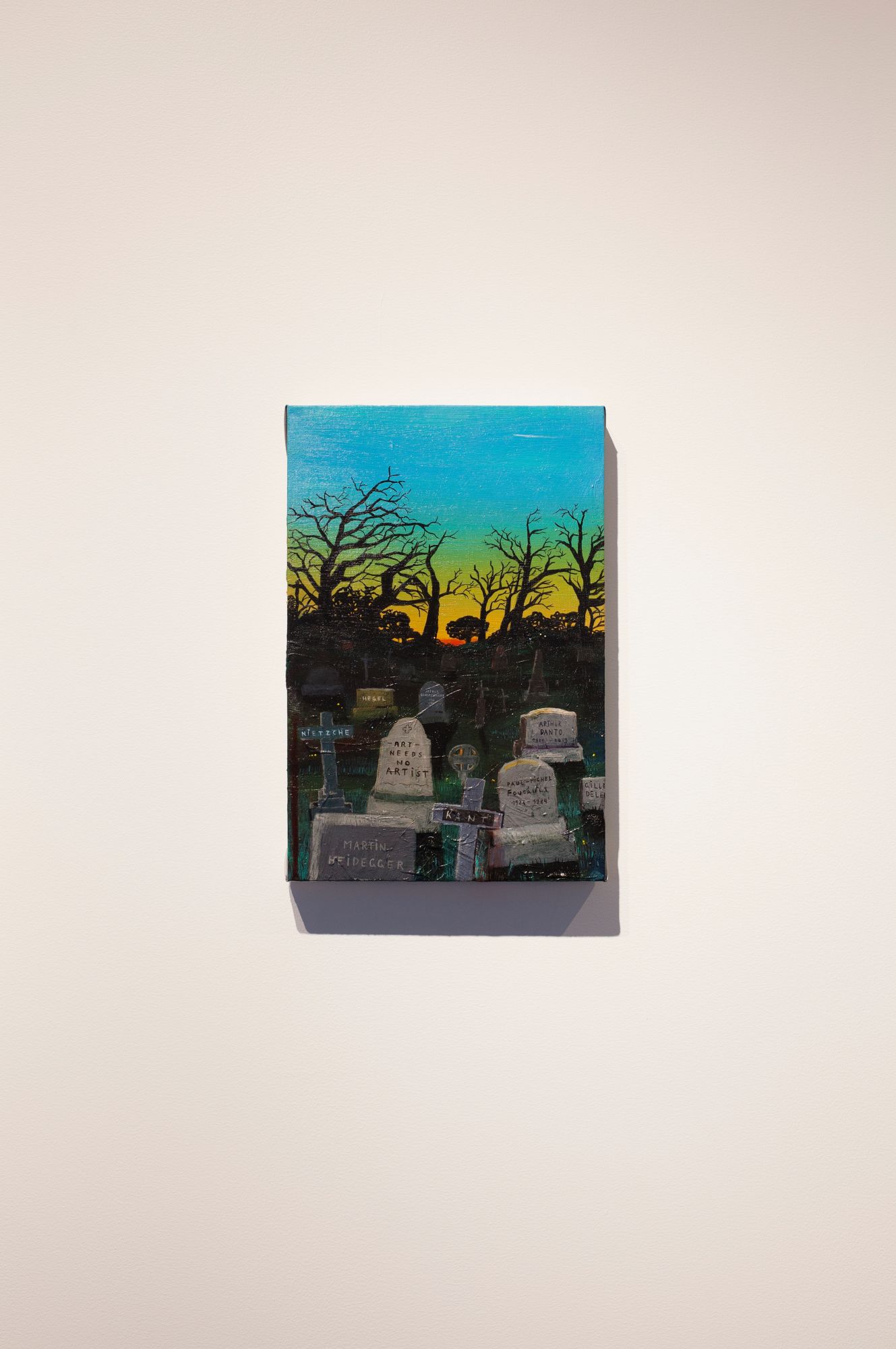 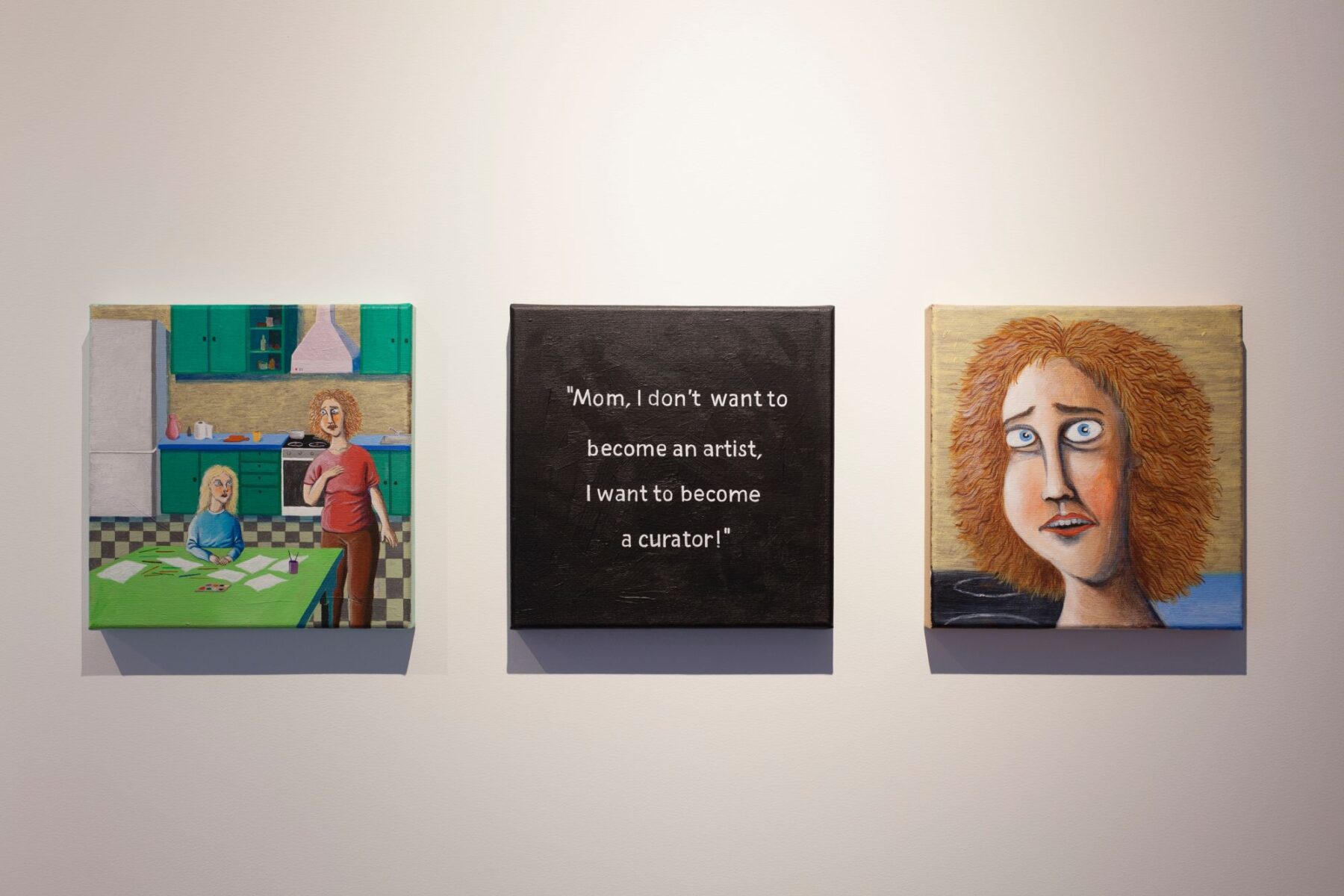 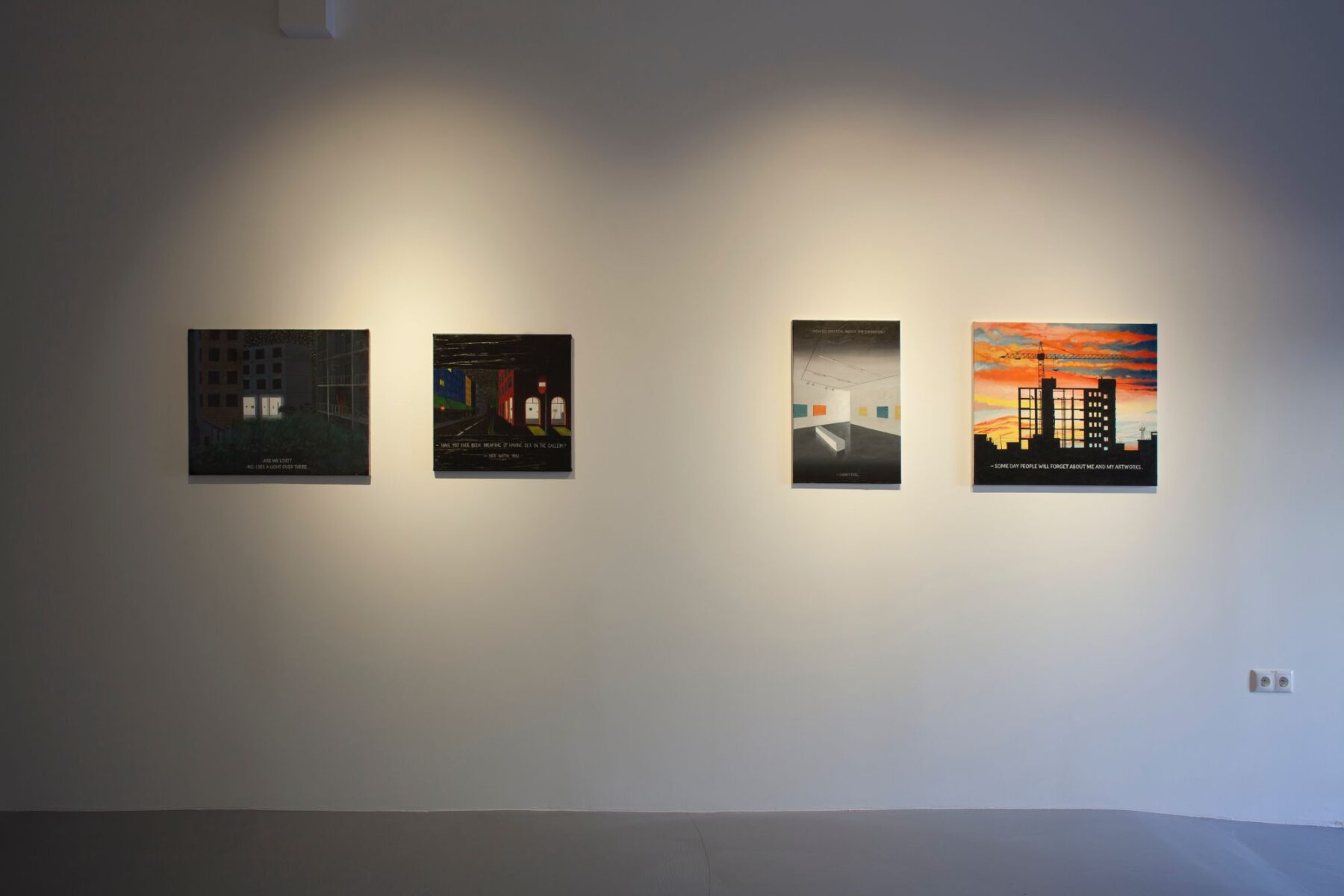 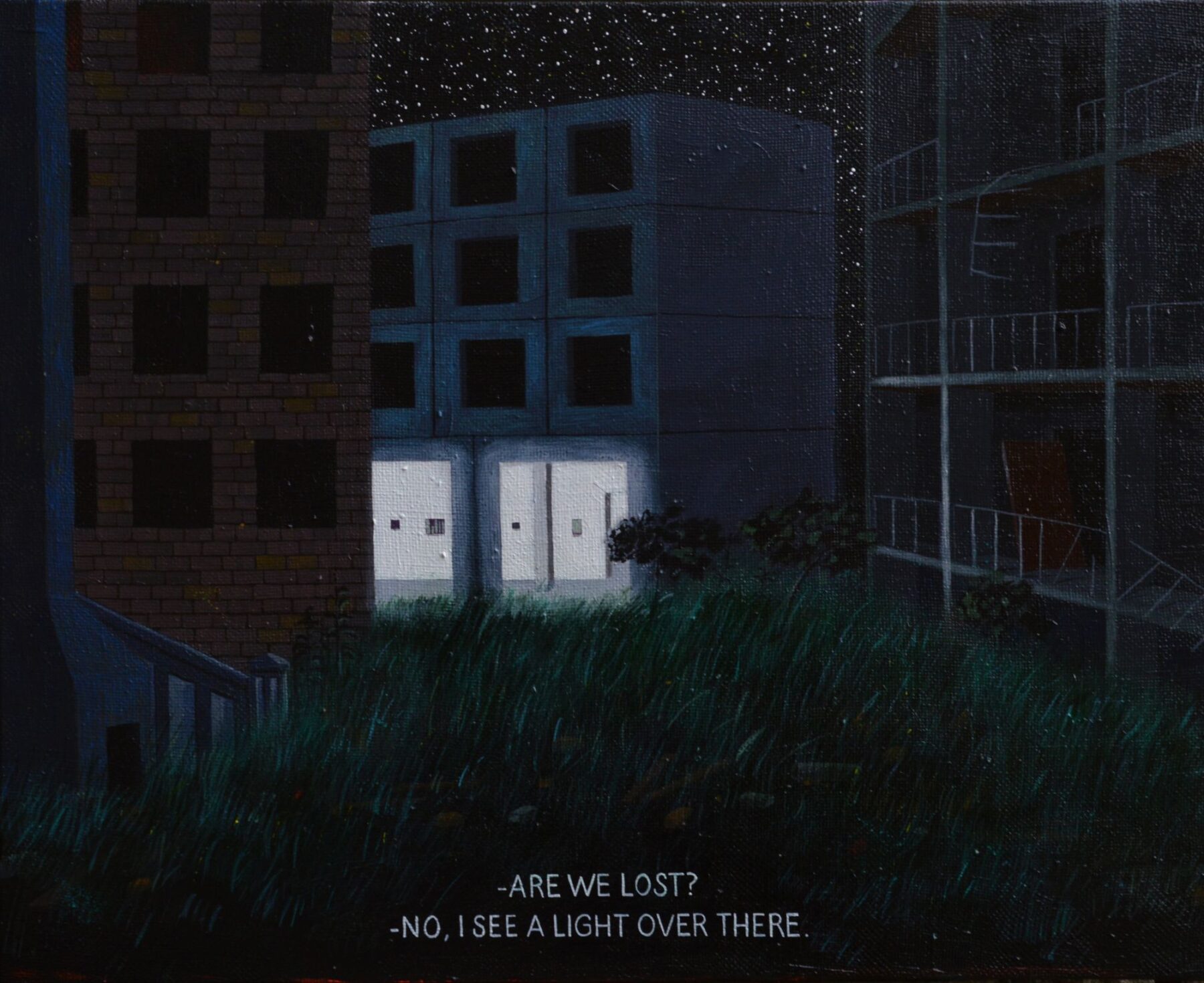 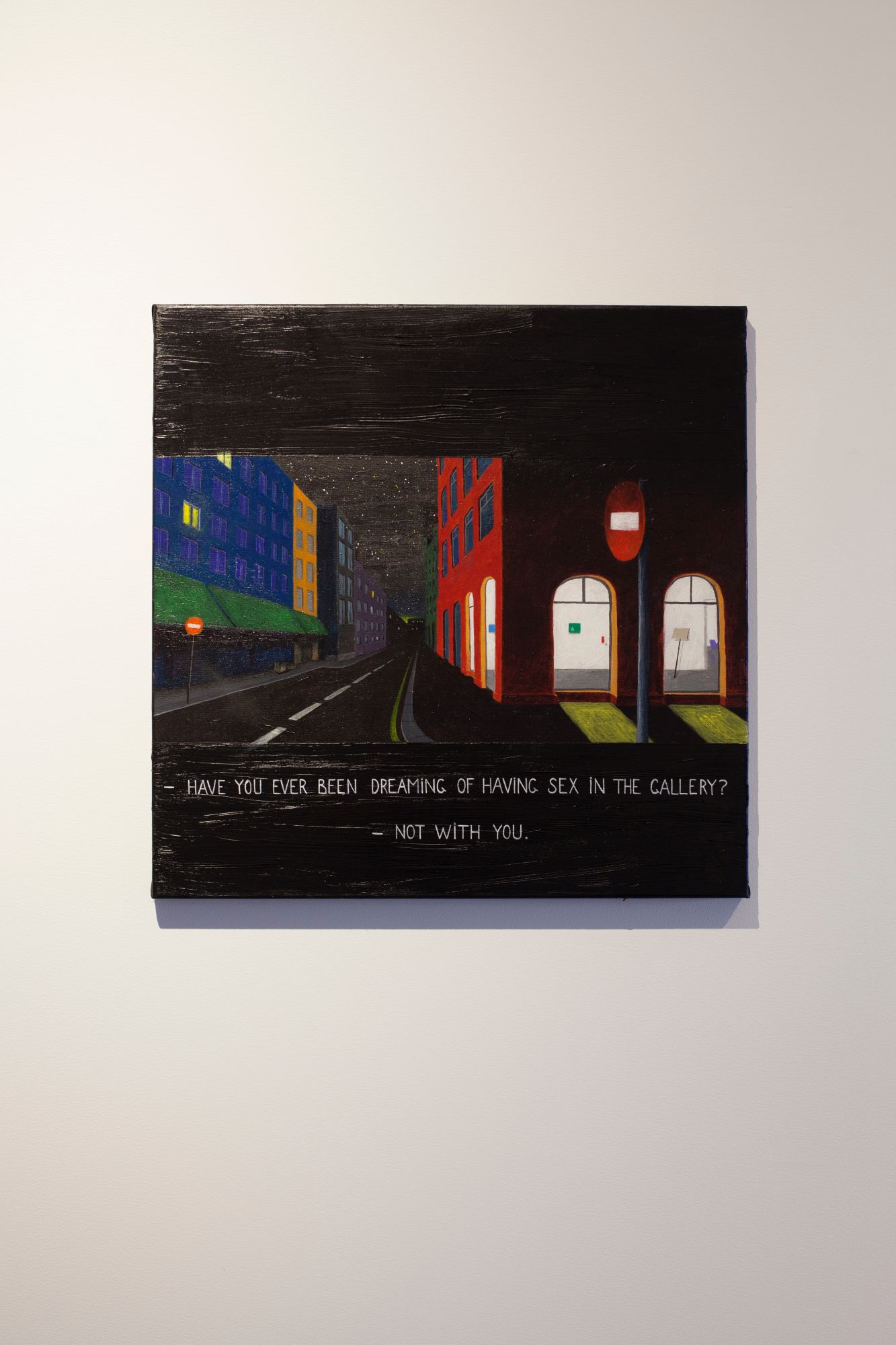 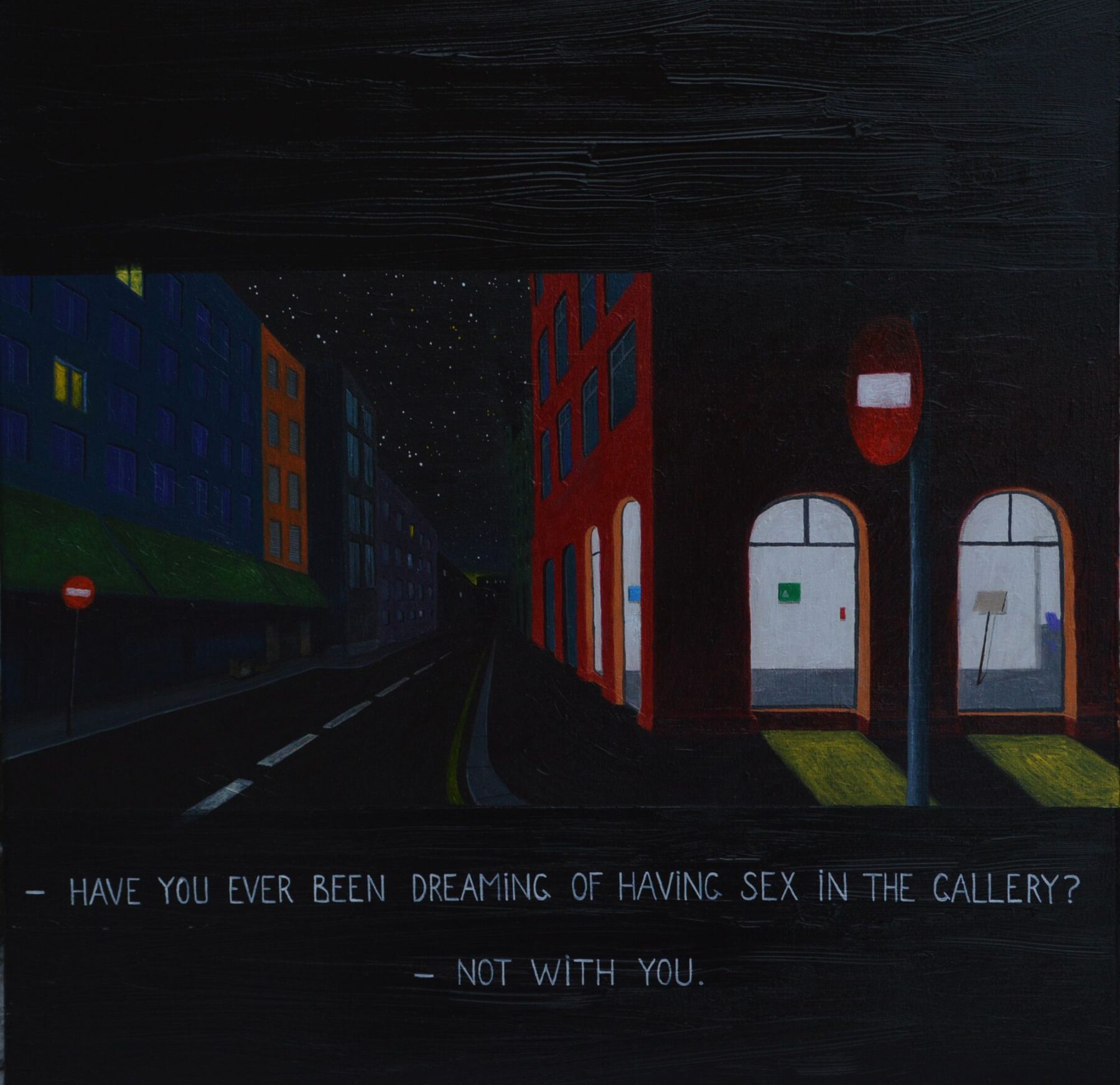 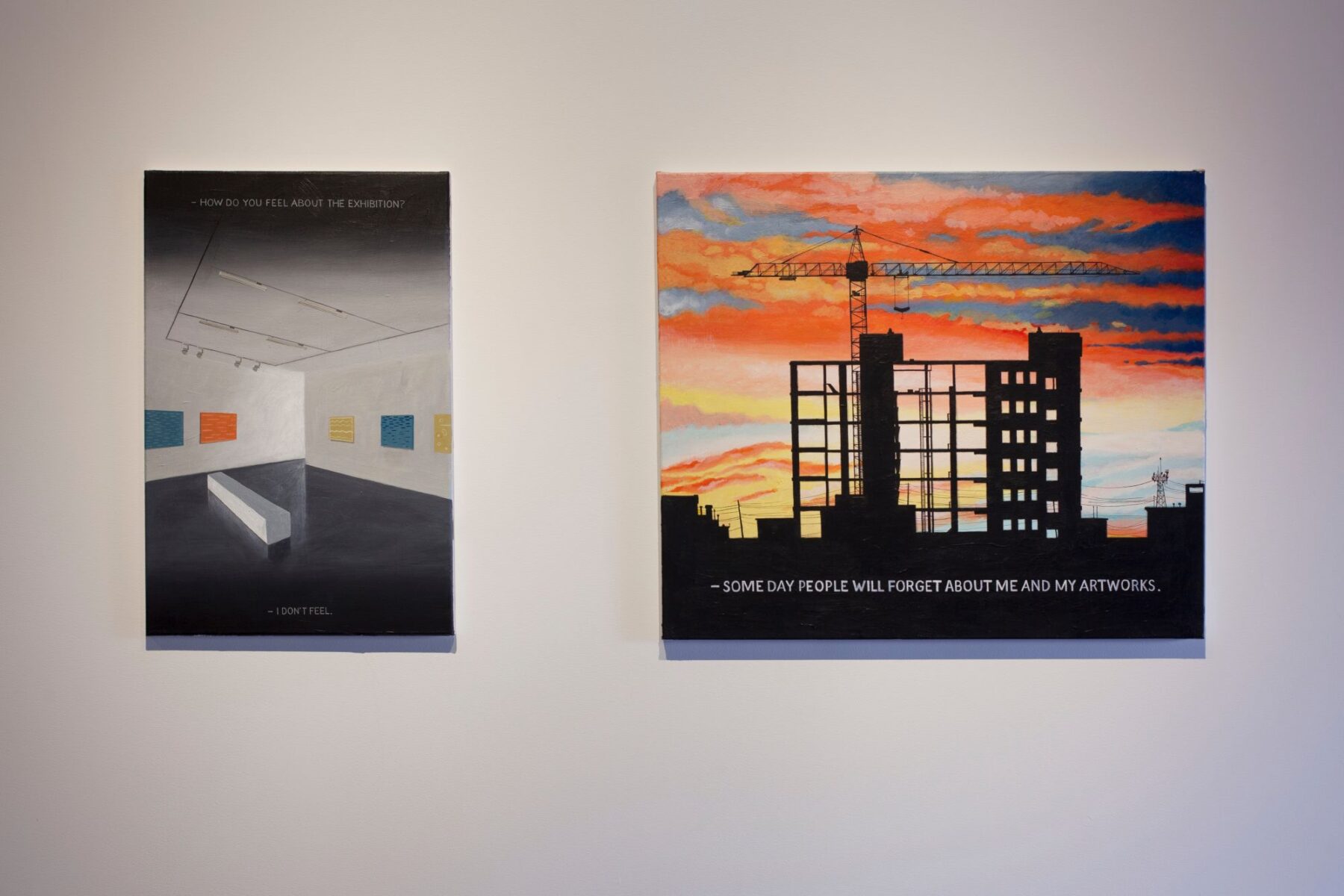 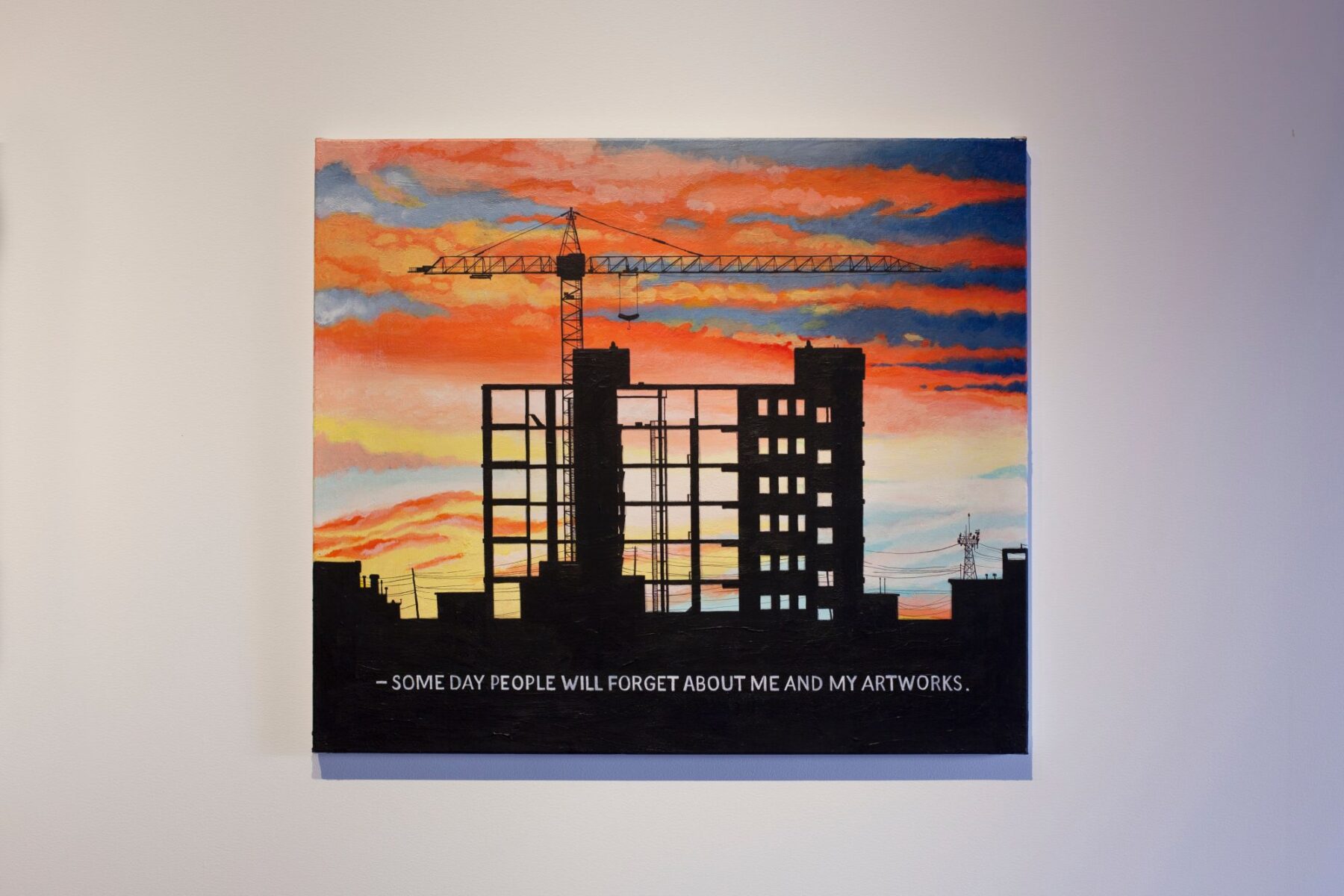 The idea about the death of art is as dead as art itself. Such post-mortem condition, no living creature is able to experience. Whereof one cannot speak thereof one must speculate.

Alexei Gordin decided to remain silent – speculatively silent. The word “speculate” originates from the word “mirror” (speculum). As Gordin says, conscious silence creates an uncomfortable feeling that makes silence resonate. Such silence, however, is not calming and meditative. Such silence may be felt as complete dissonance.

Gordin has previously made a video where he runs through an abandoned city with the slogan “Buy My Works!”. In the same way, he gives an inaudible speech in the abandoned Tallinn City Hall, constructing both subtitles and the audience’s response to it.

The same way institutional art exists constructing a spectacle of art – starting with artist and art and ending with a reception and archives. There is probably some kind of statistics that confirm that we live in a very art-conscious society.