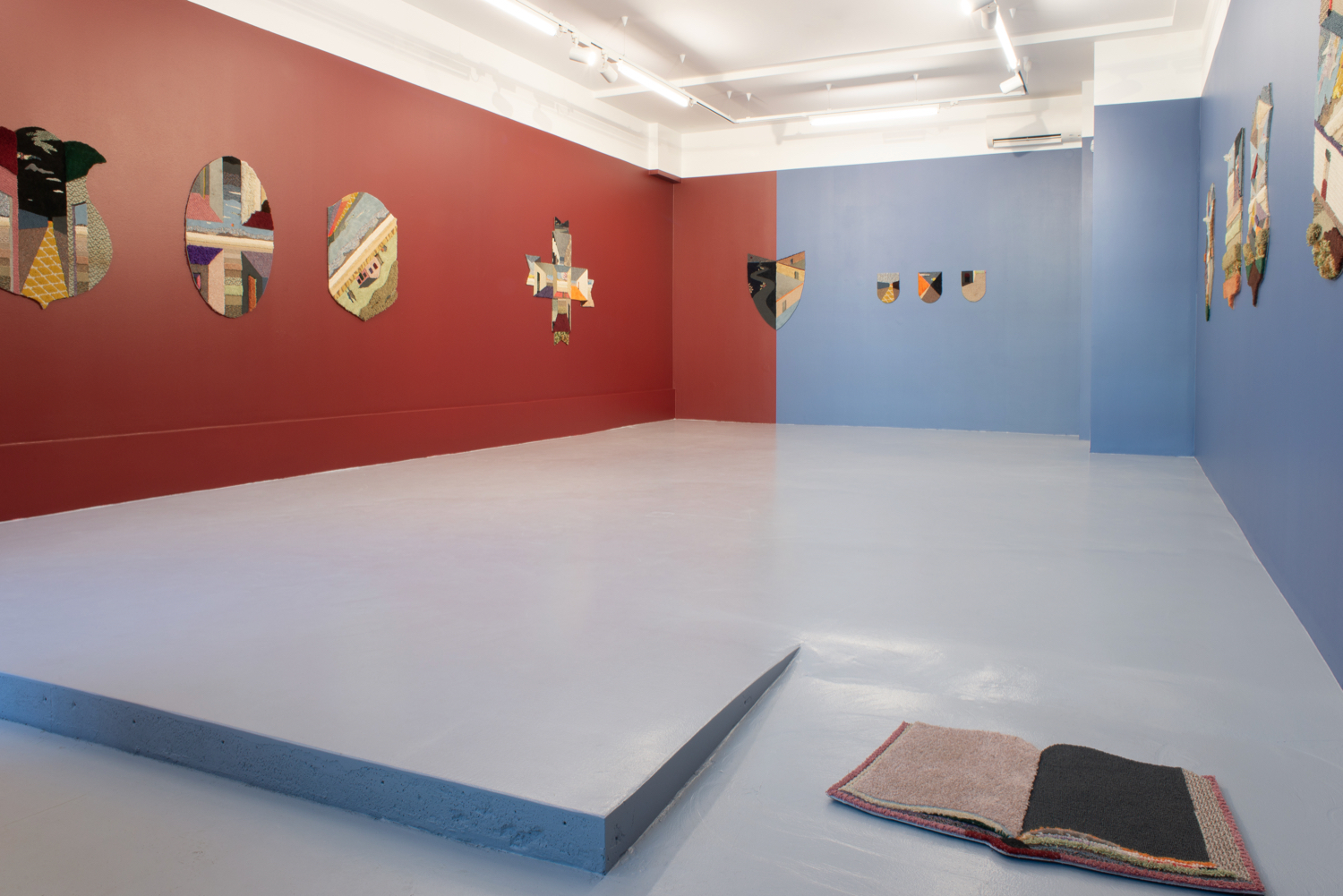 Kogo is pleased to announce Empty Coats, a solo exhibition by August Krogan-Roley. This

marks the artist’s first solo exhibition with the gallery and in Estonia.

Blending the heraldic with the optical, August Krogan-Roley’s Empty Coats each present themselves as a pictorial game. Littered with cues – winding roads to follow, carved out recesses to occupy, and barriers mounted to intrusive vision – they stem from the artist’s ongoing interest in the compositional mechanics of world-building. One of the strongest influences upon this body of work is the organisation of pictorial space found in medieval coats of arms. In particular, carved stone artefacts in the Raidkivimuuseum (Carved Stone Museum) in Tallinn have exerted an important influence on the development of this body of work, although any reference to such objects are indirect. Krogan-Roley’s interest lies not so much in the specific information these artefacts have been coded with, but rather in the visual frameworks created to contain such information.

The exhibition is accompanied by August Krogan-Roley’s new artist’s book by the same title with 24 reproductions and a text by Neil Clements. The publication is designed by Indrek Sirkel and published by Lugemik. The international book launch will take place on September 21 at NY Art Book Fair 2019.

The apparent ‘emptiness’ of his coats of arms, their lack of an identifiable ceremonial or martial purpose, instead reflects the role this class of objects play as semiotic vehicles. Conventions such as the division of a surface into two or four separate areas were originally created as a way to accommodate ever more complex sets of social significations. Reflecting layers of genealogy, the inter-marriage of families, and titles bestowed upon individuals, heraldry had to accommodate ever-growing amounts of specific information. This is information that the Empty Coats deliberately removes in order to explore the dynamics of picture-making where such conventions afford. They repurpose heraldry for a secular age, rendering it in materials scoured from the artist’s nearby surroundings. 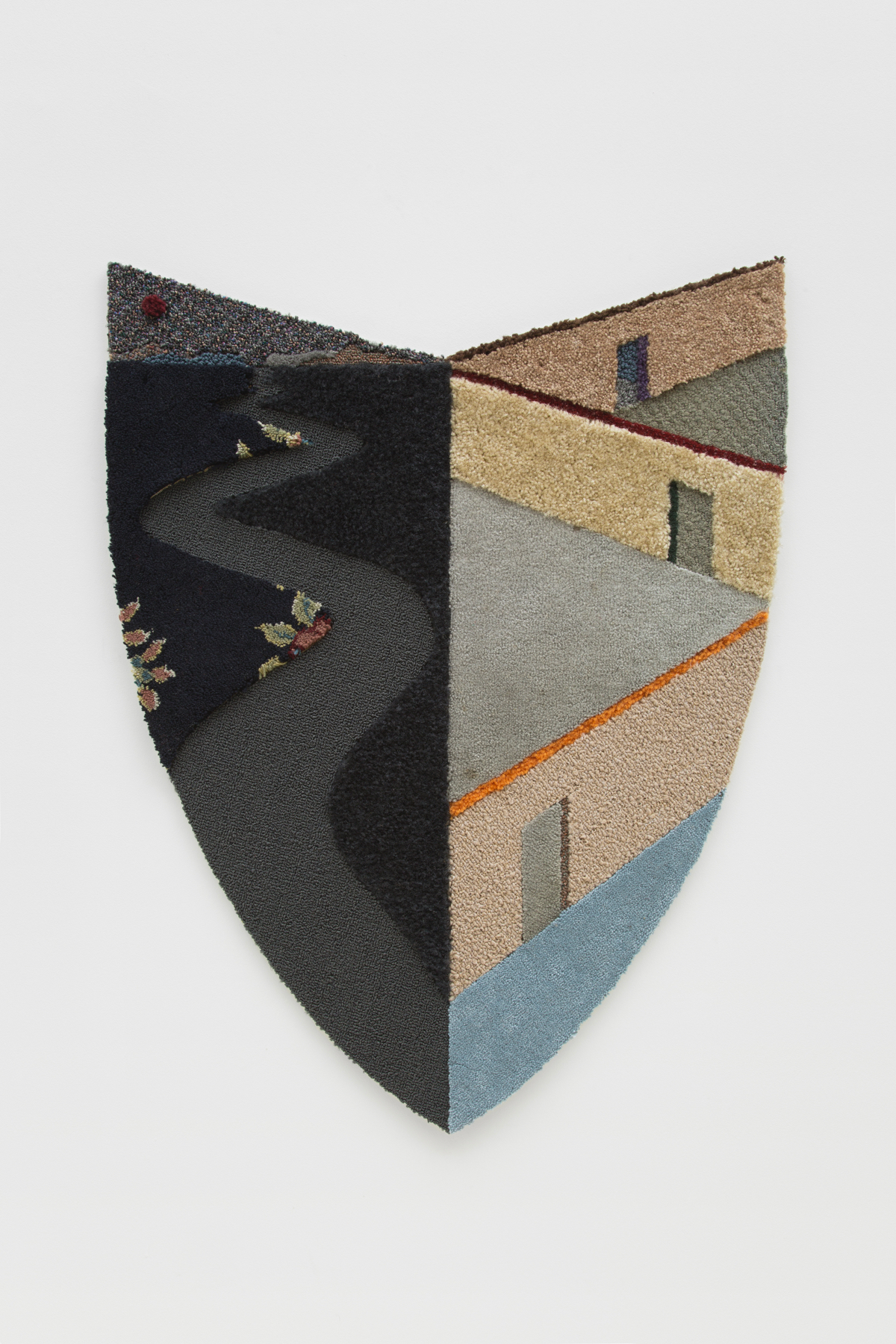 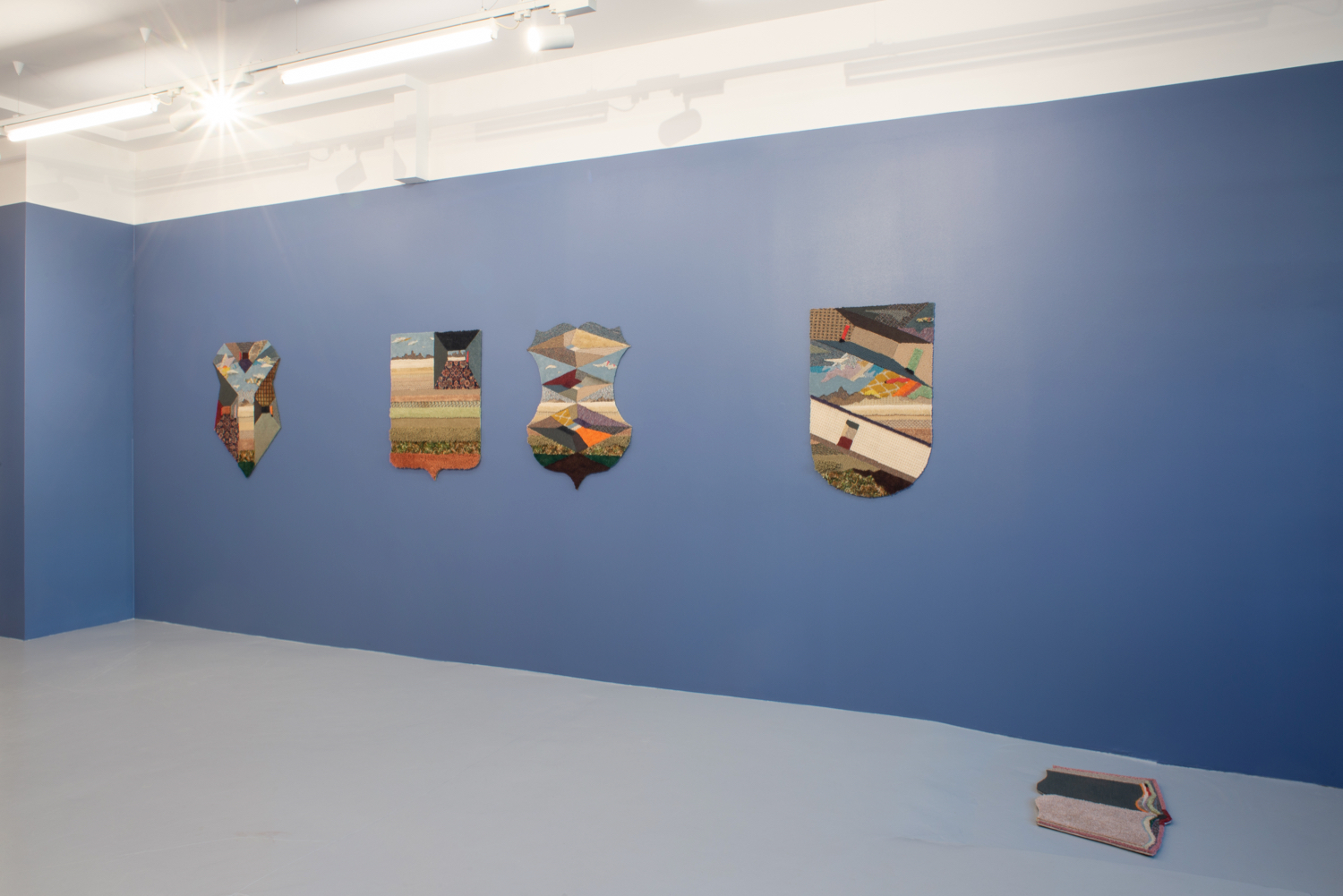 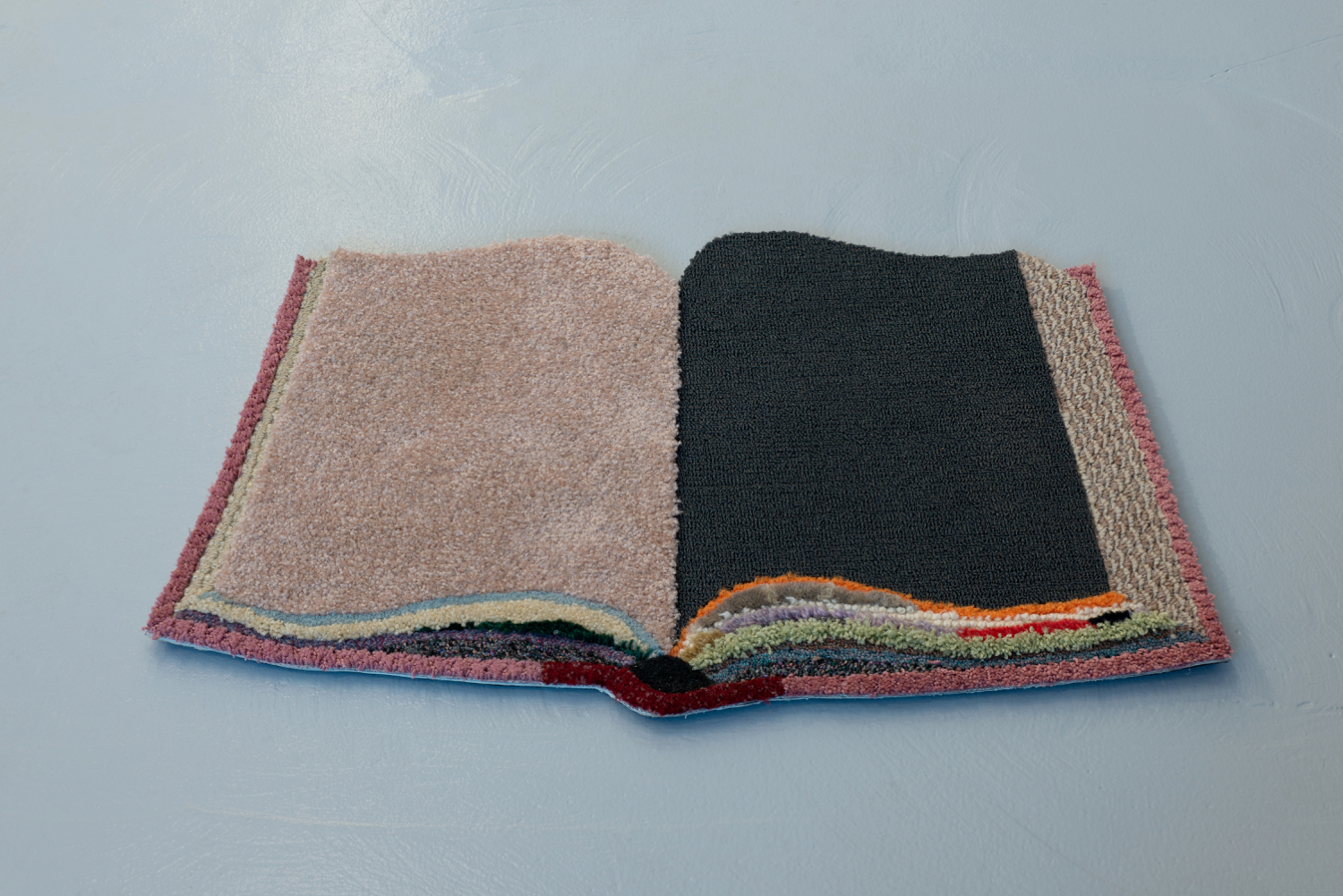 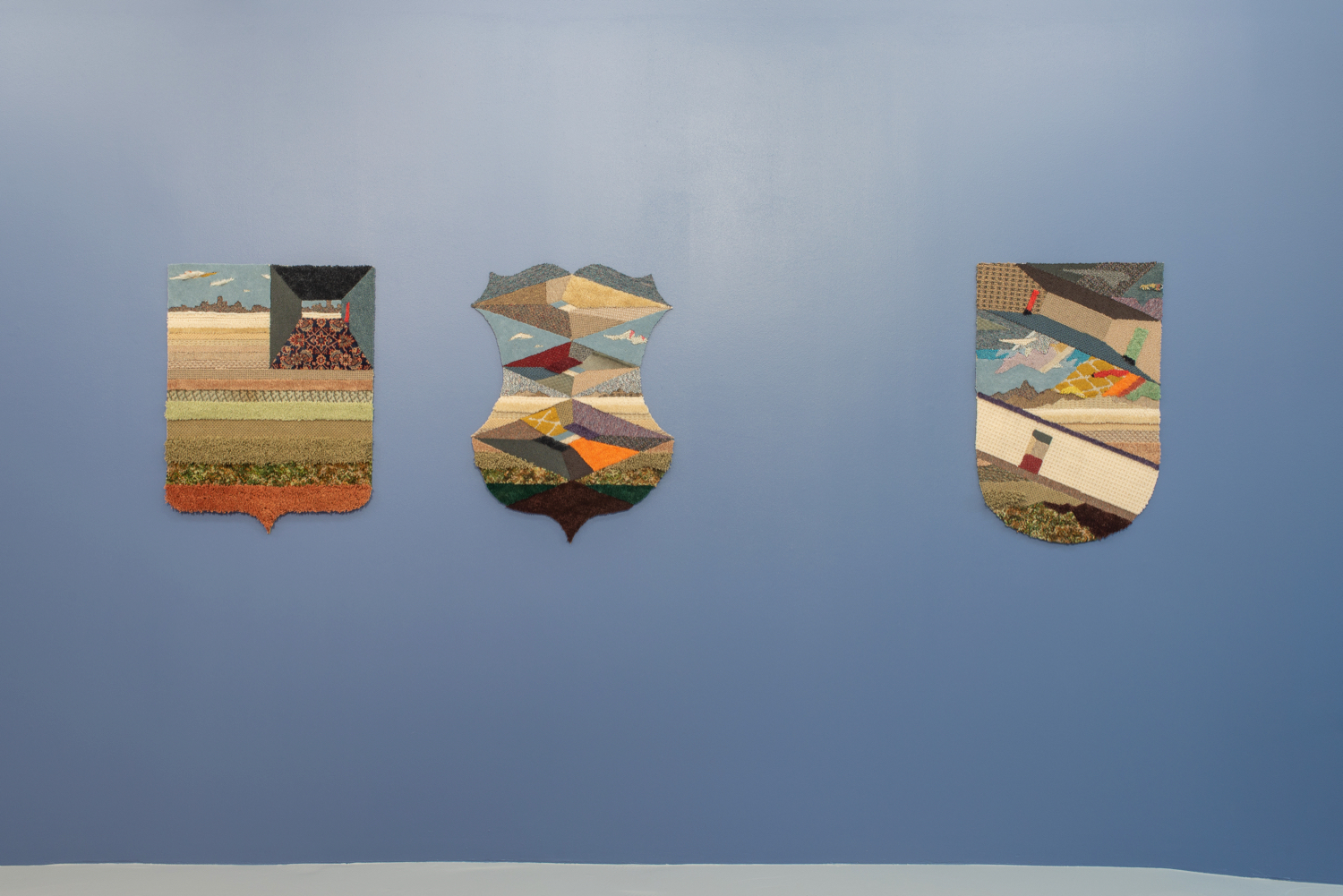 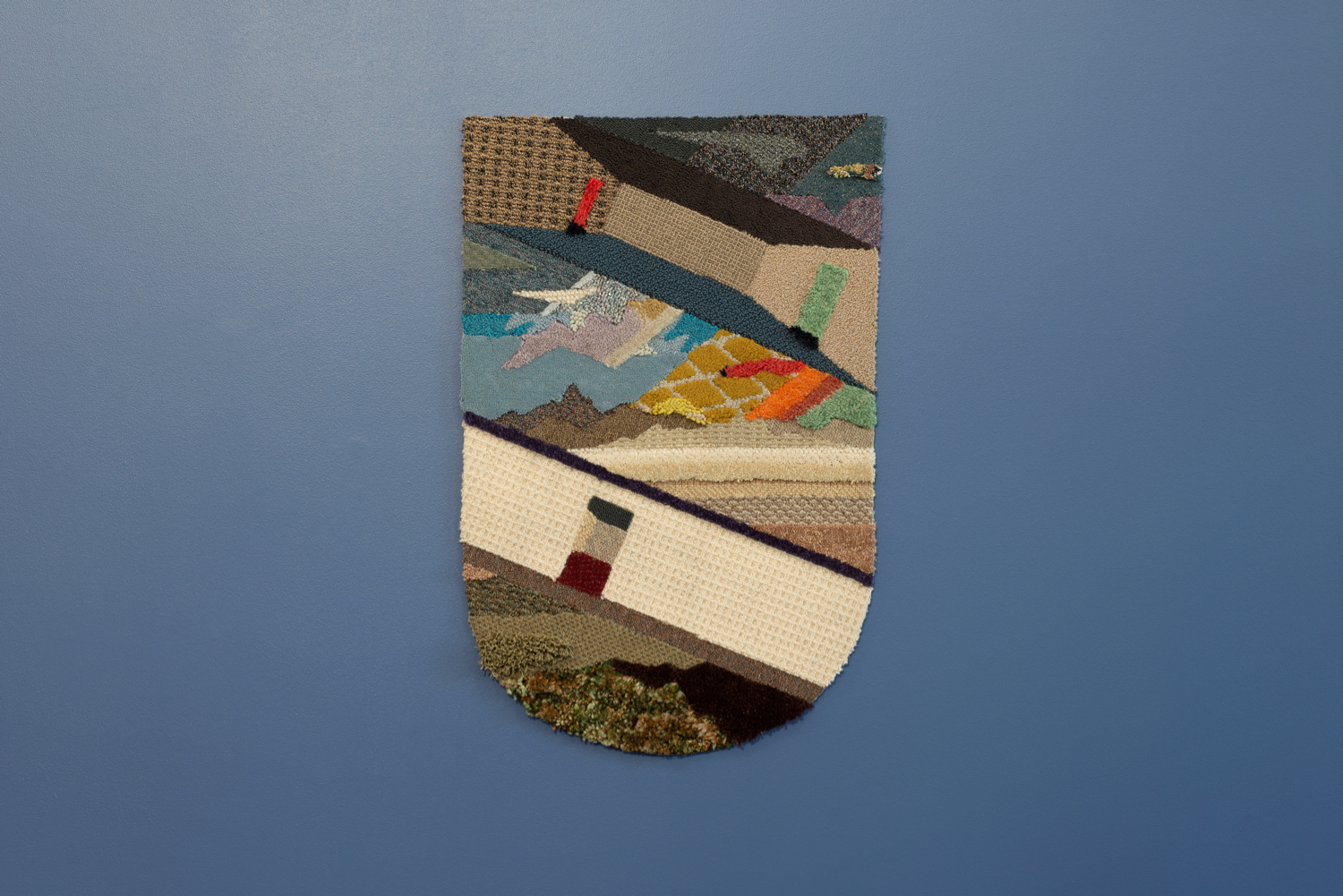 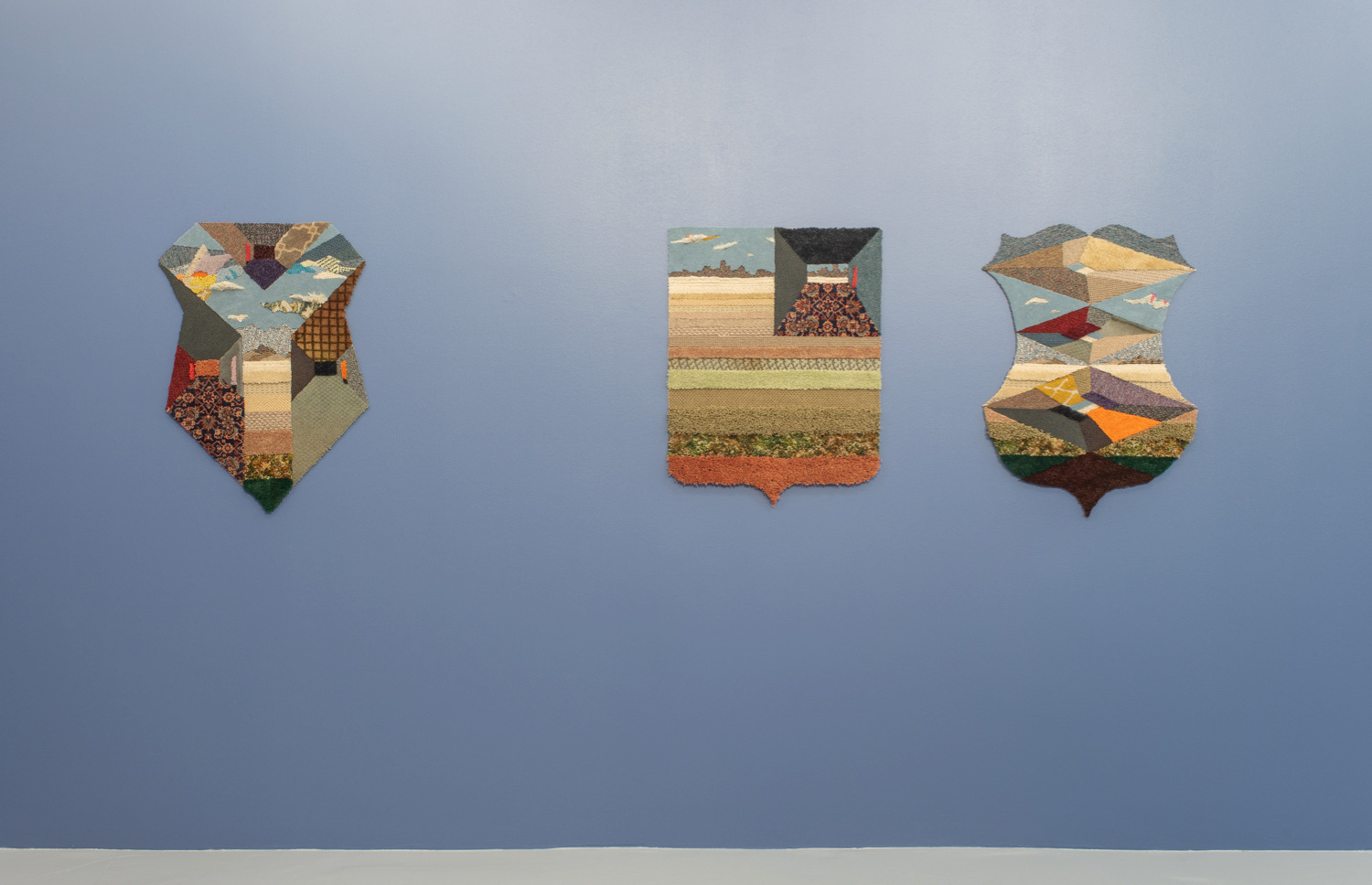 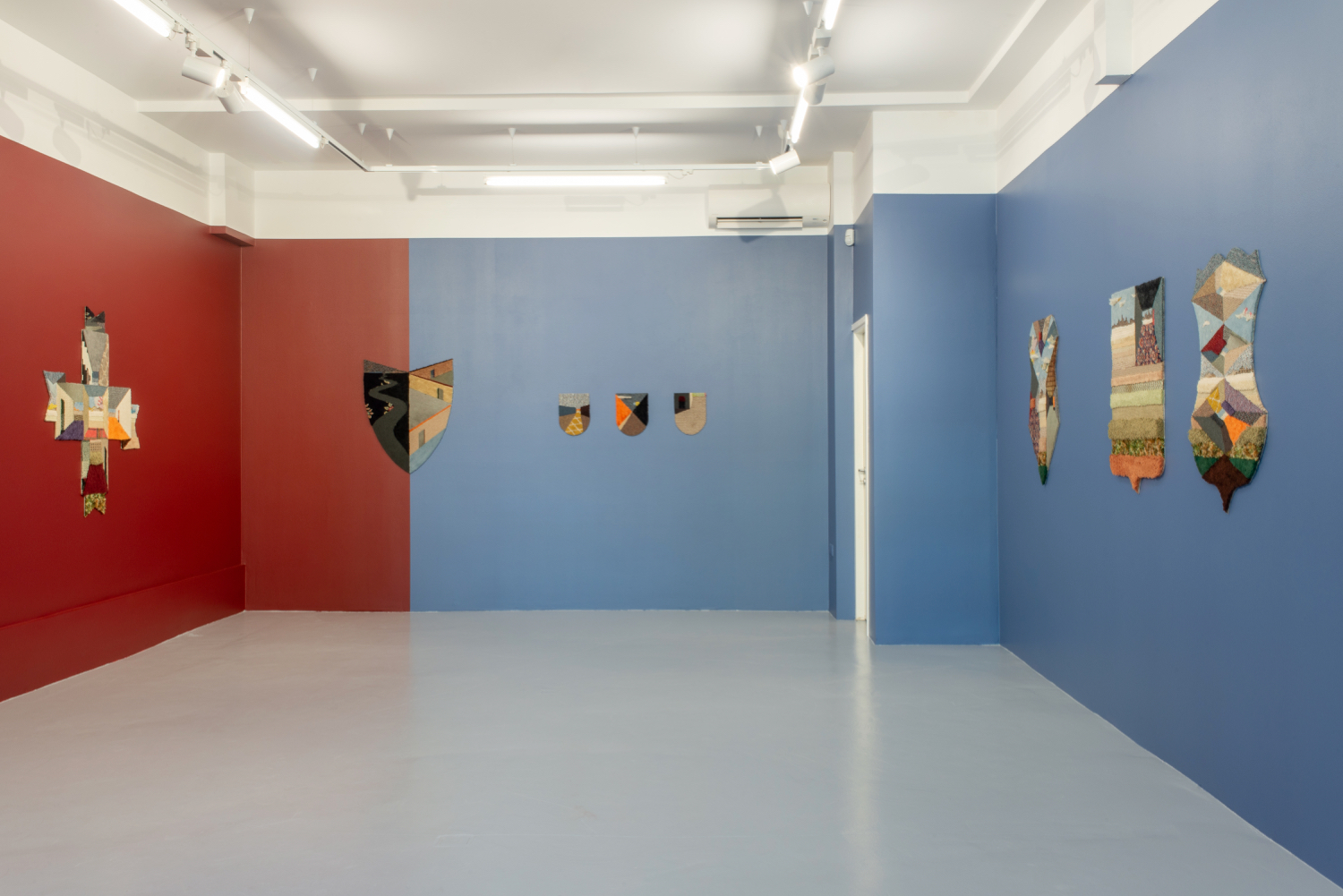 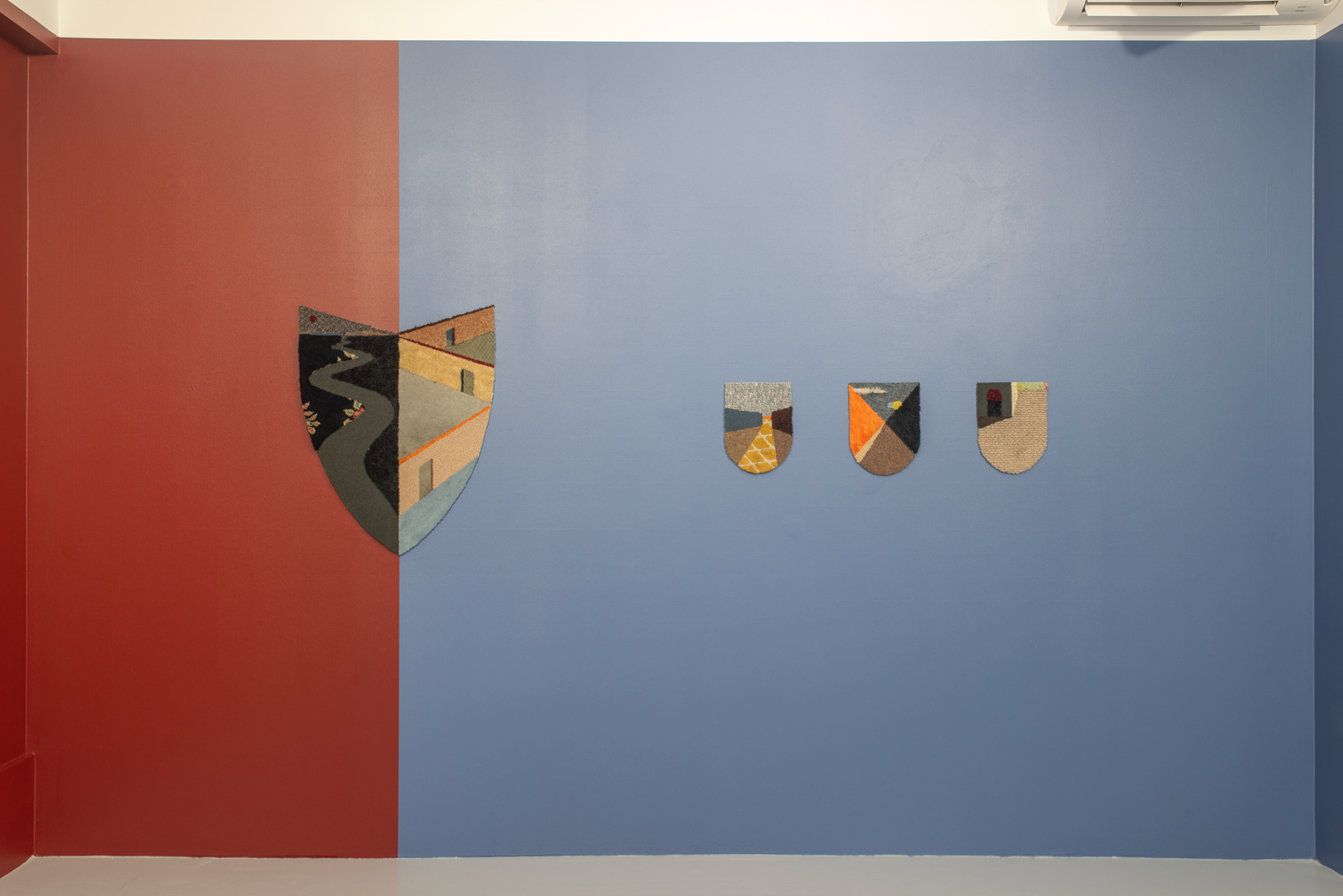 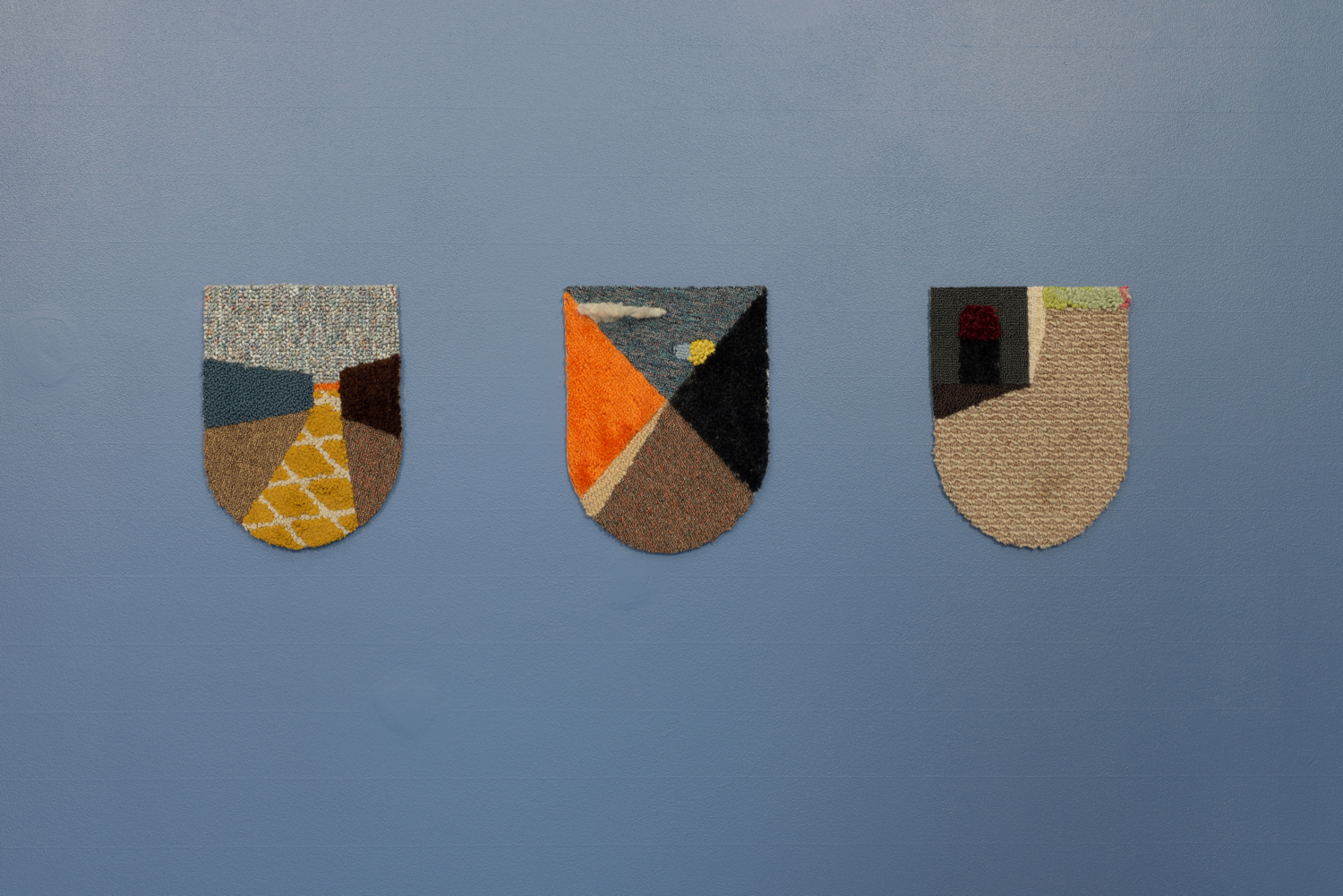 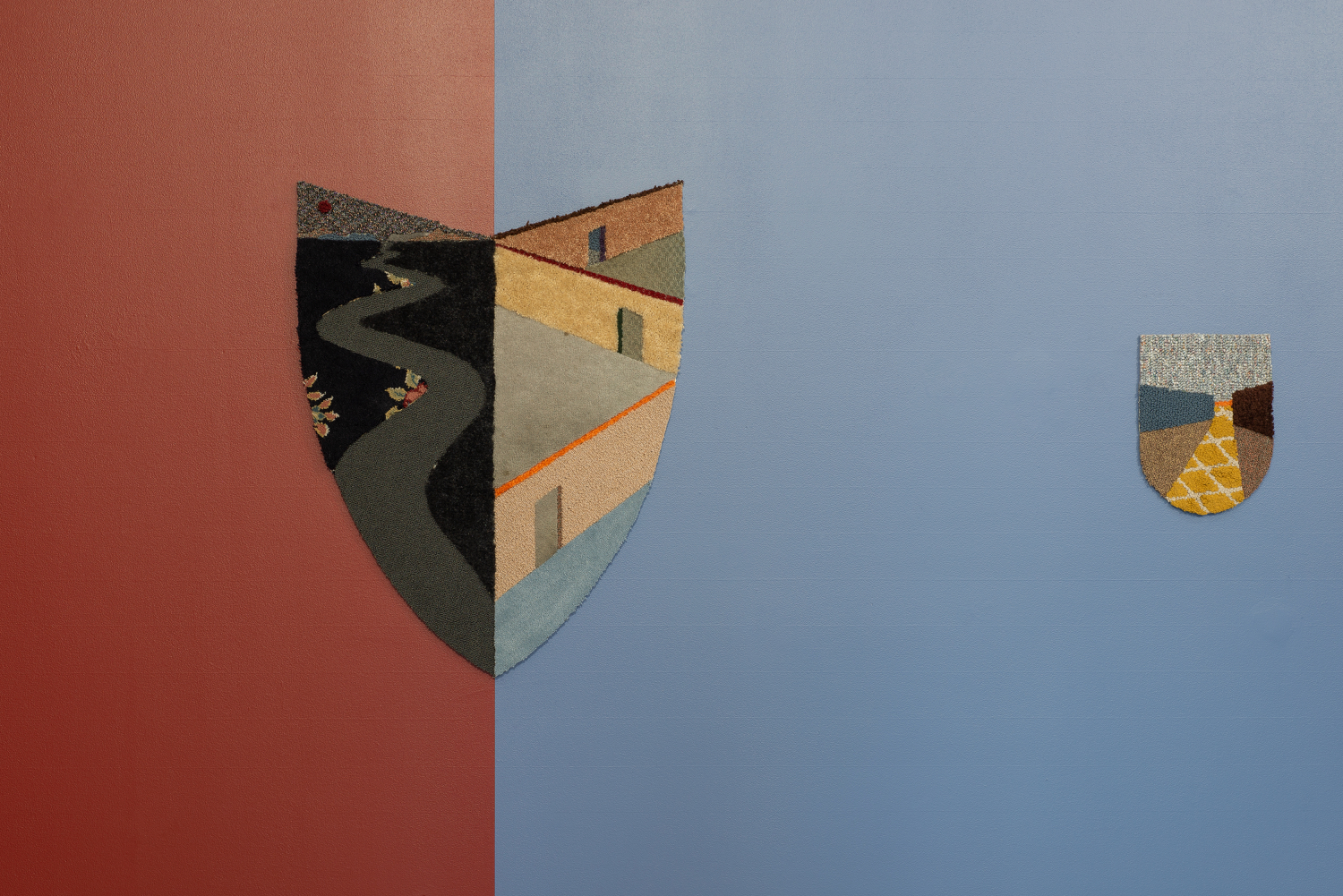 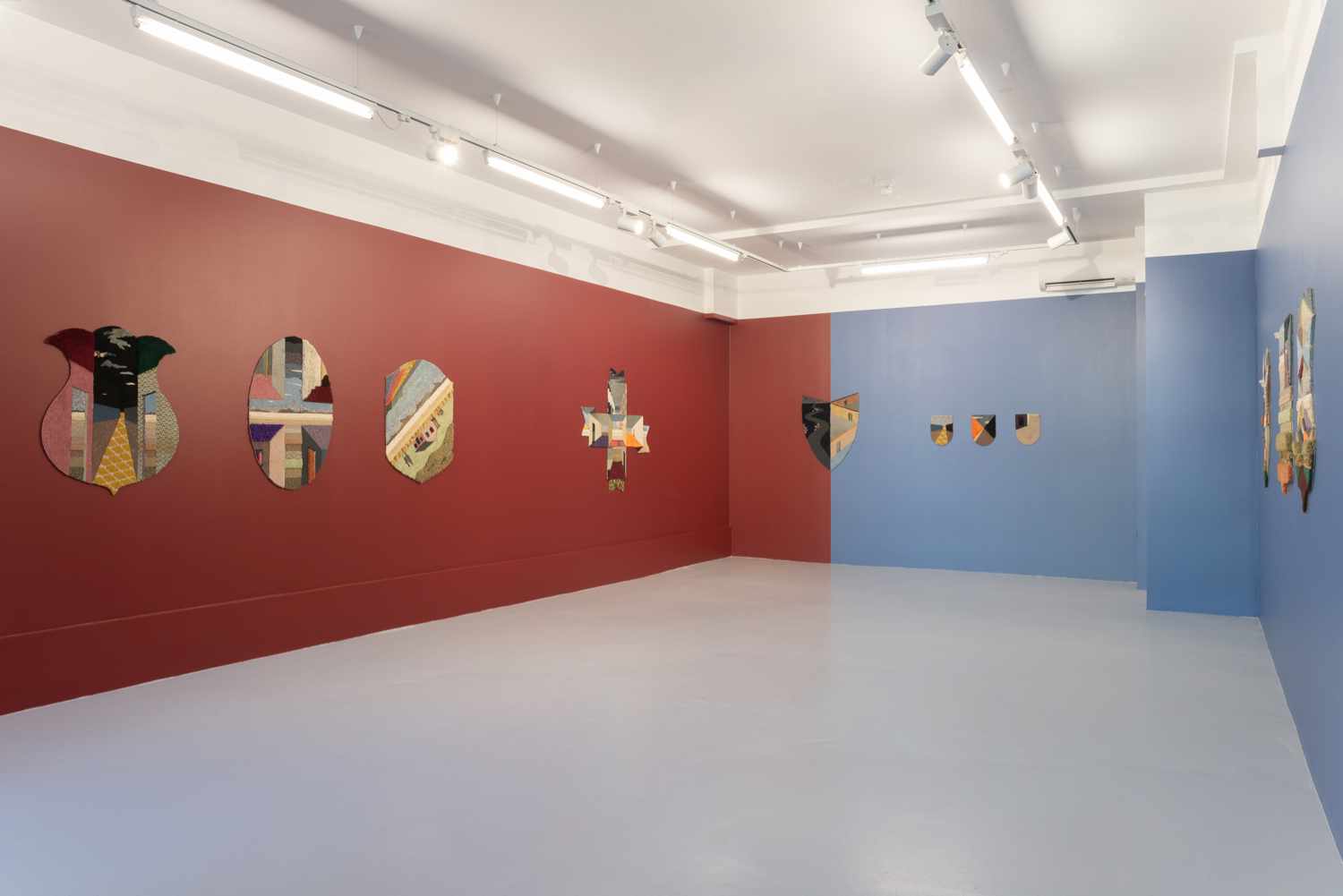 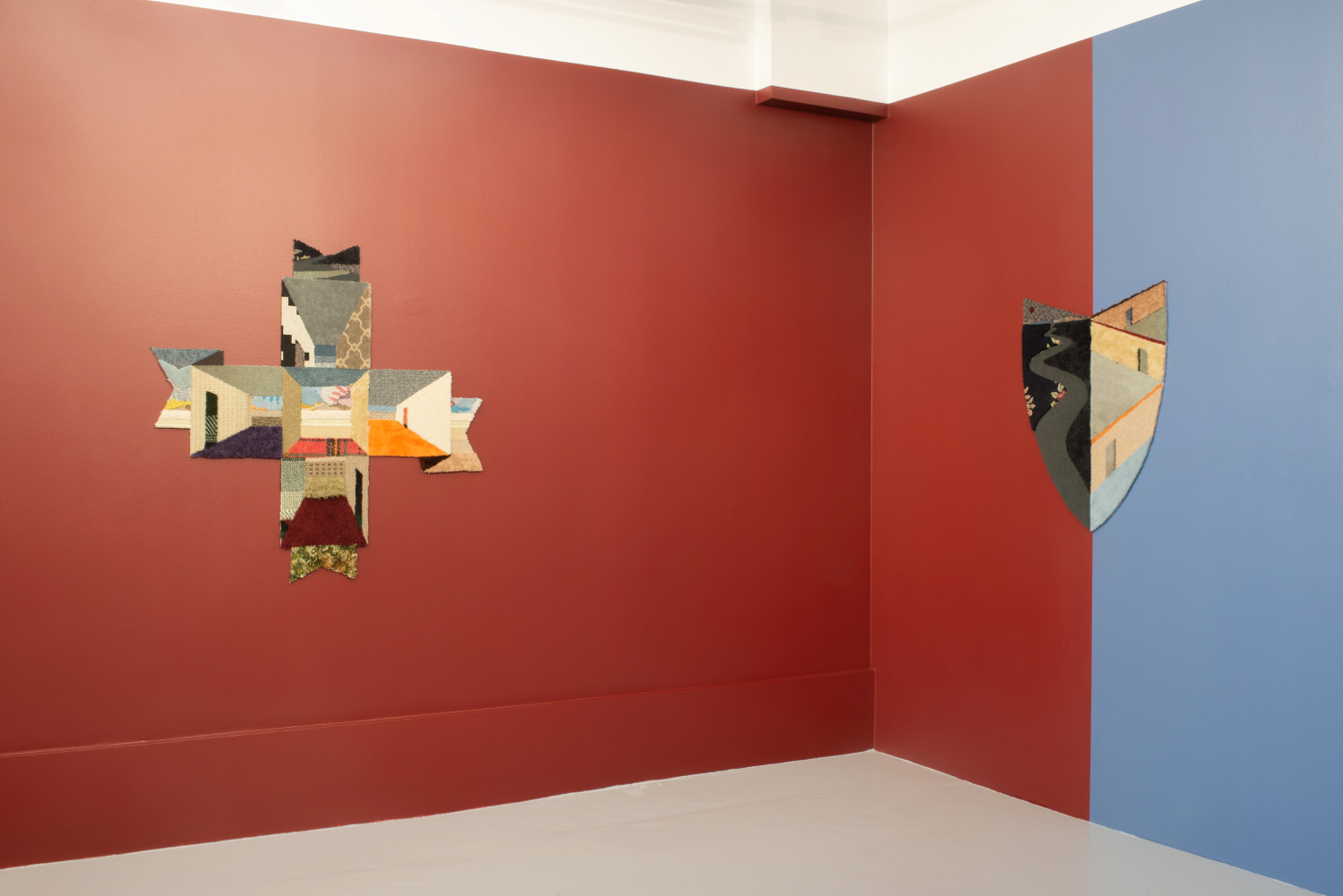 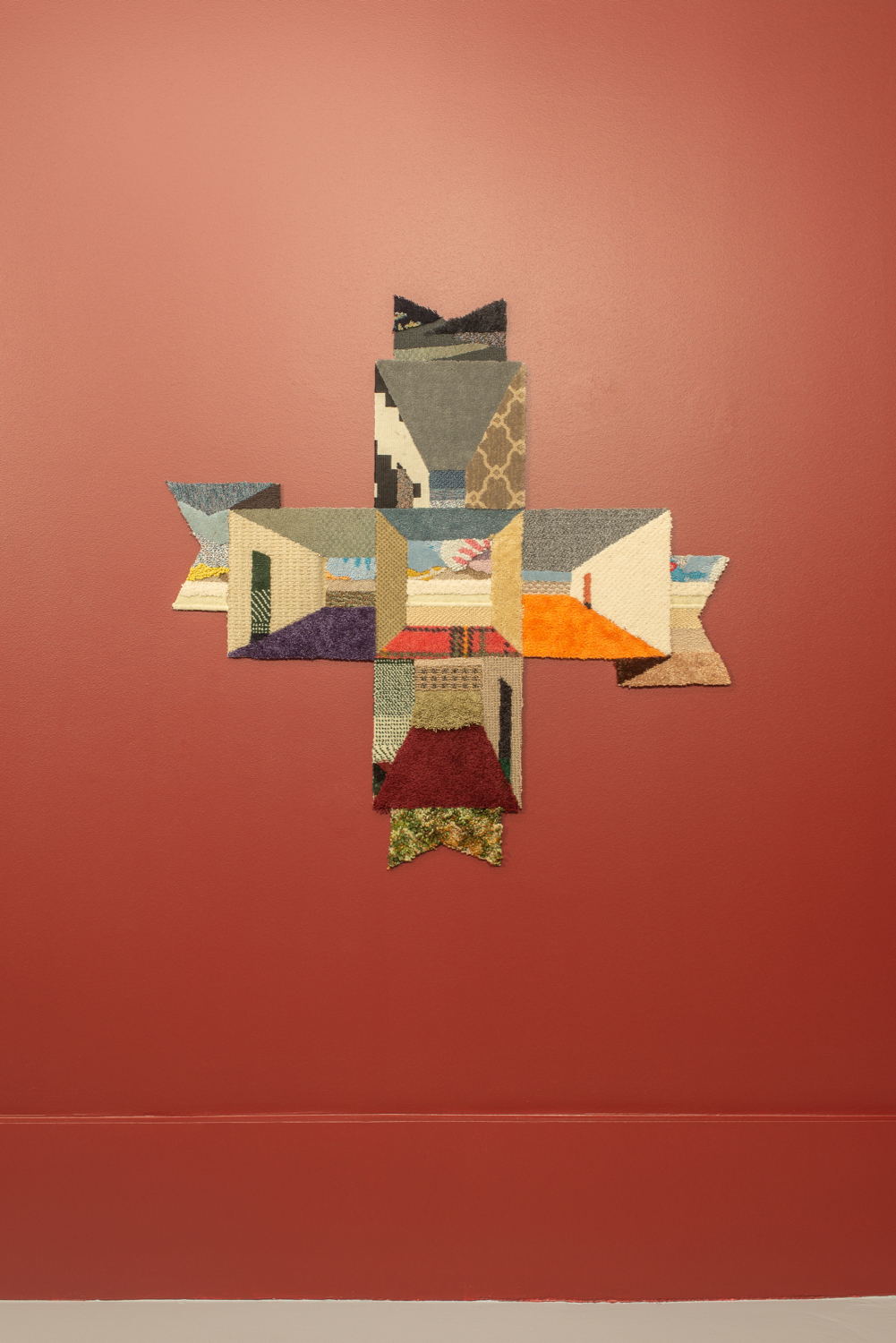 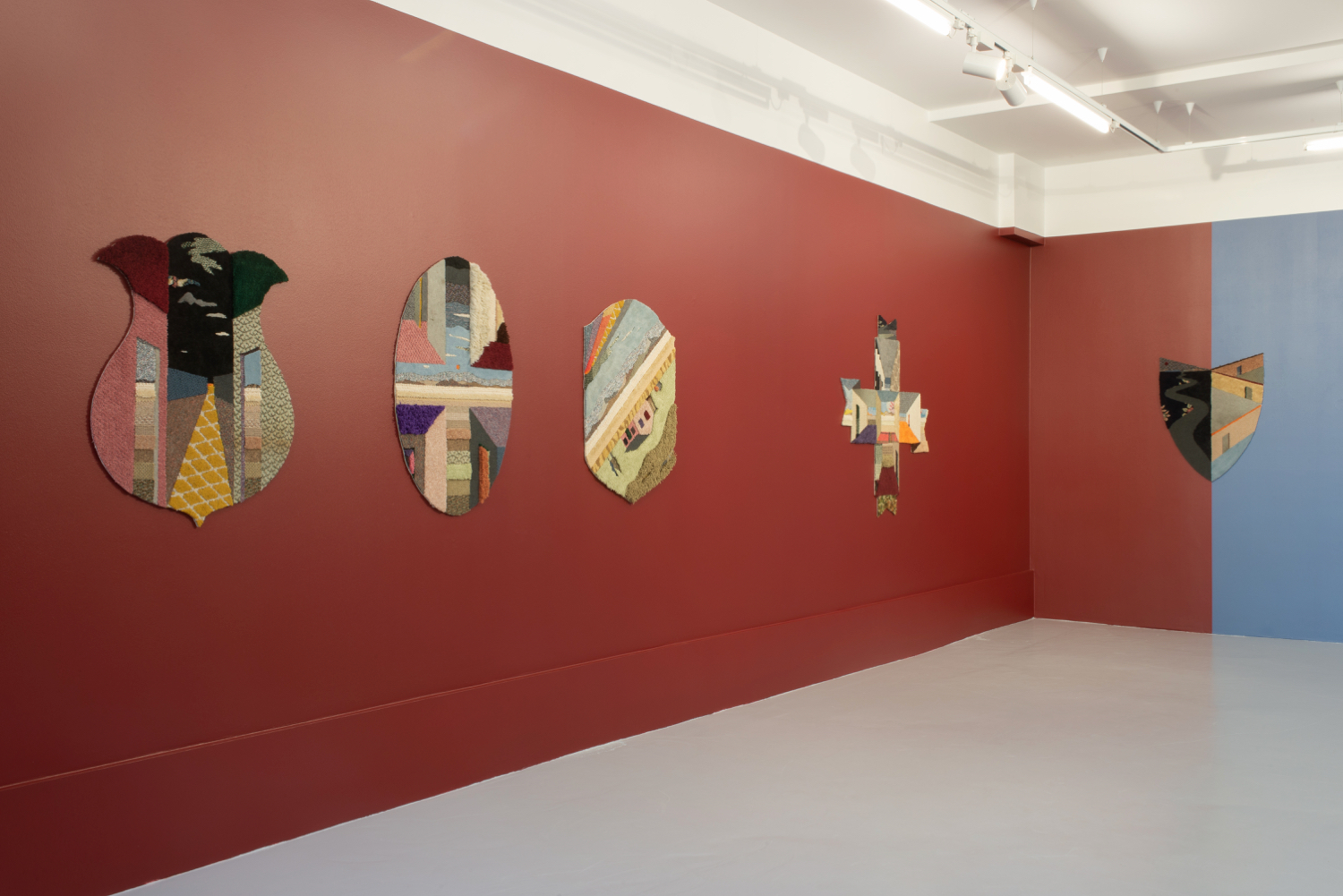 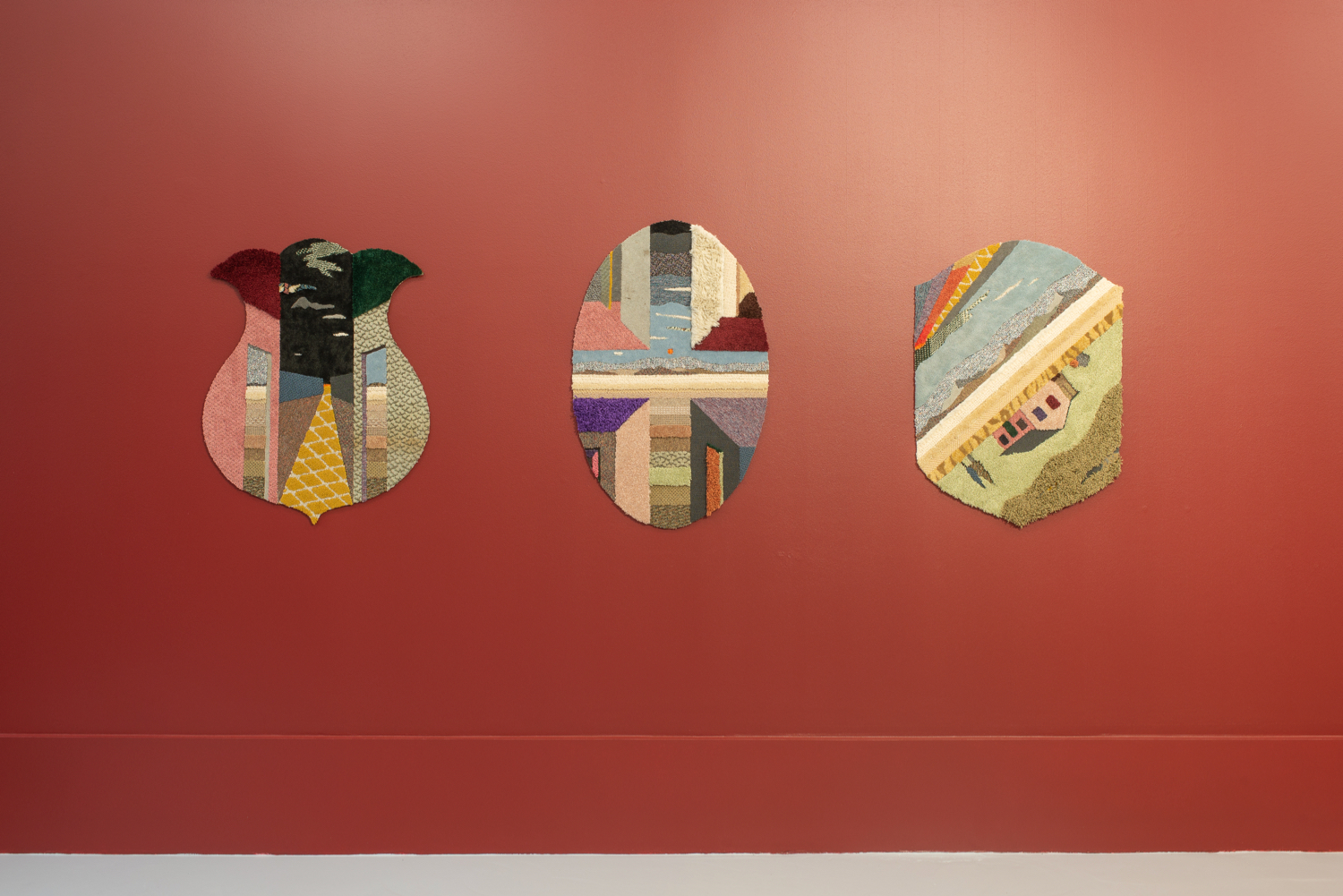 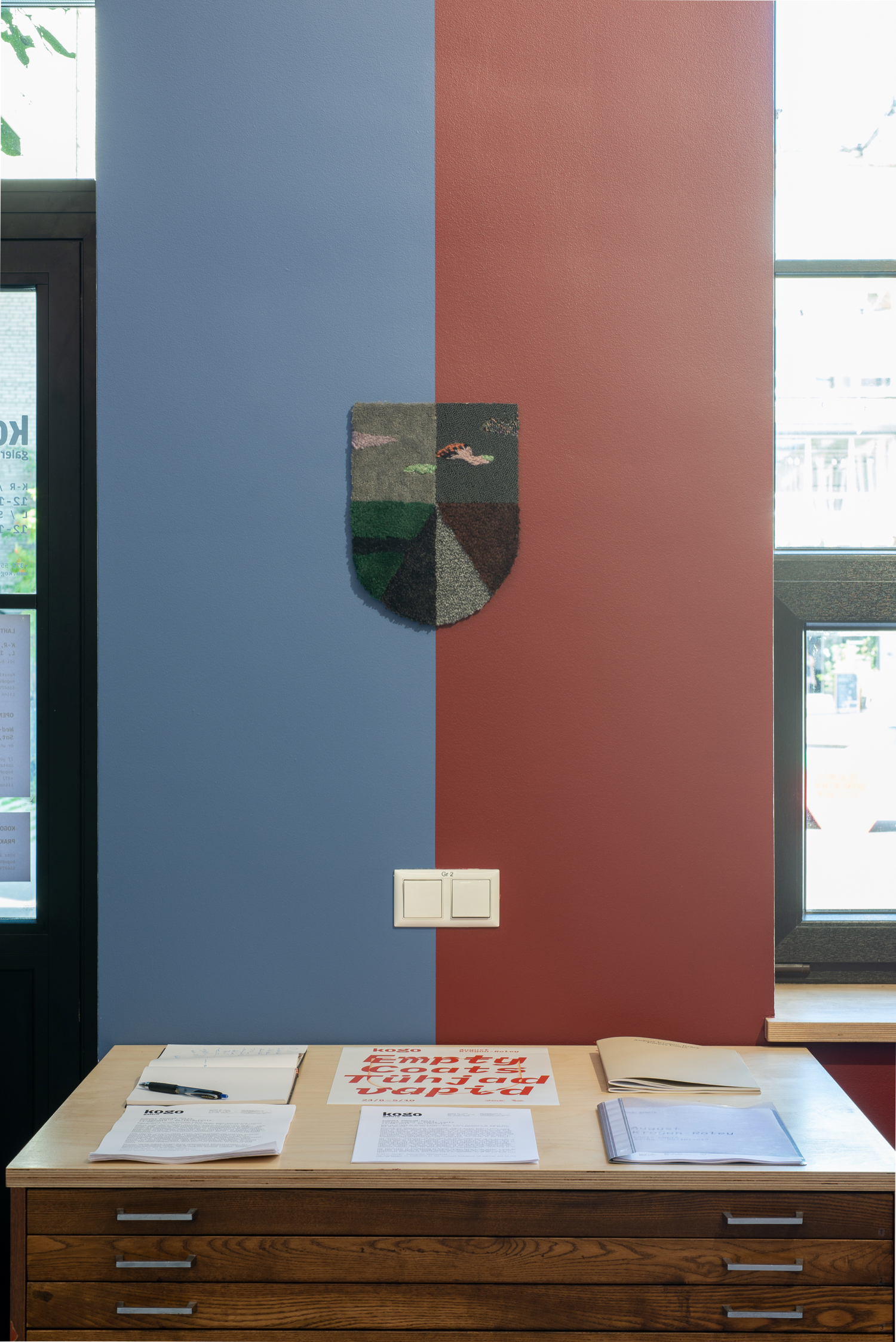 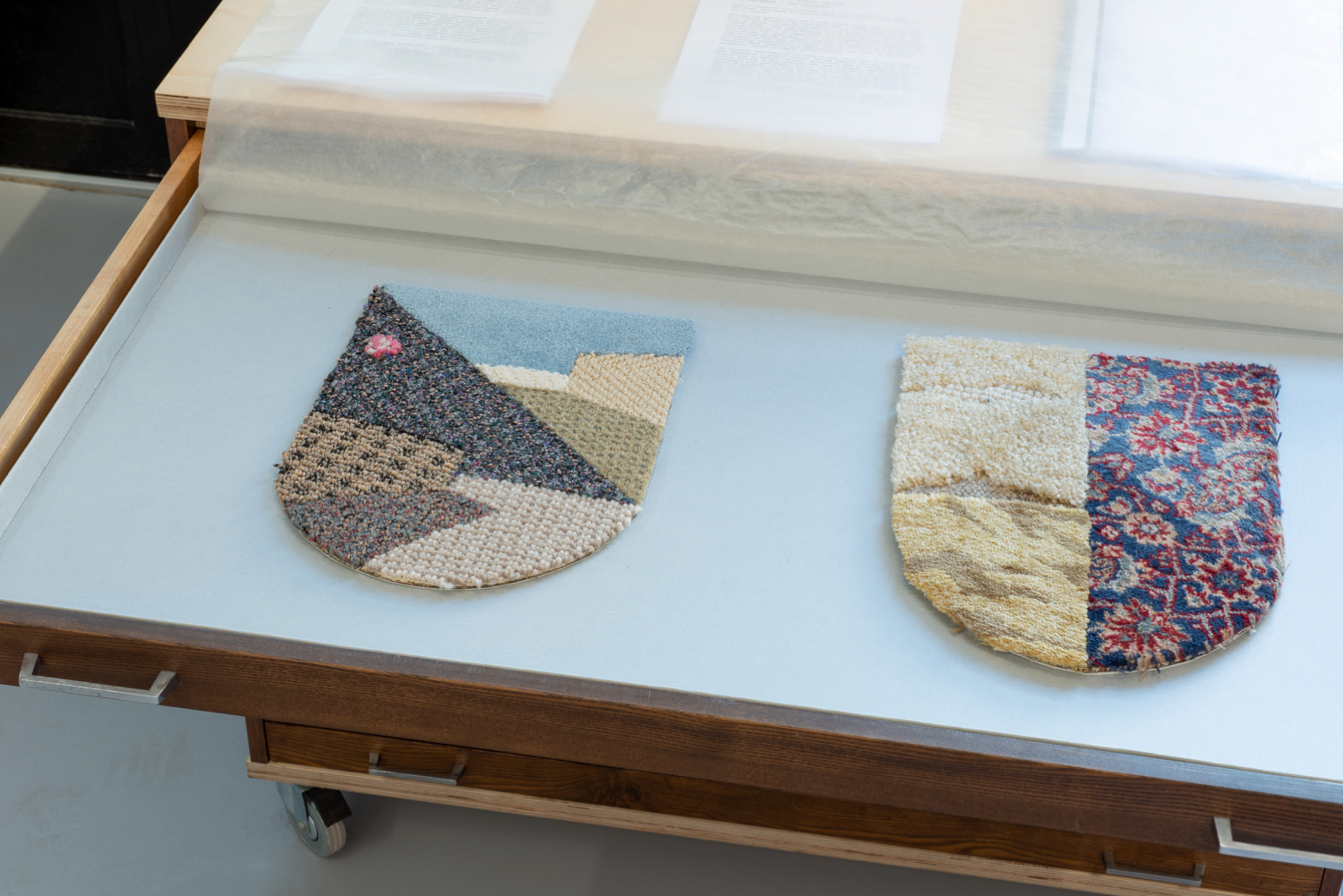