Under the Same Sky

On Saturday, 11 June at 16.00 will be the last screening of Diāna Tamane’s documentary film Under the Same Sky 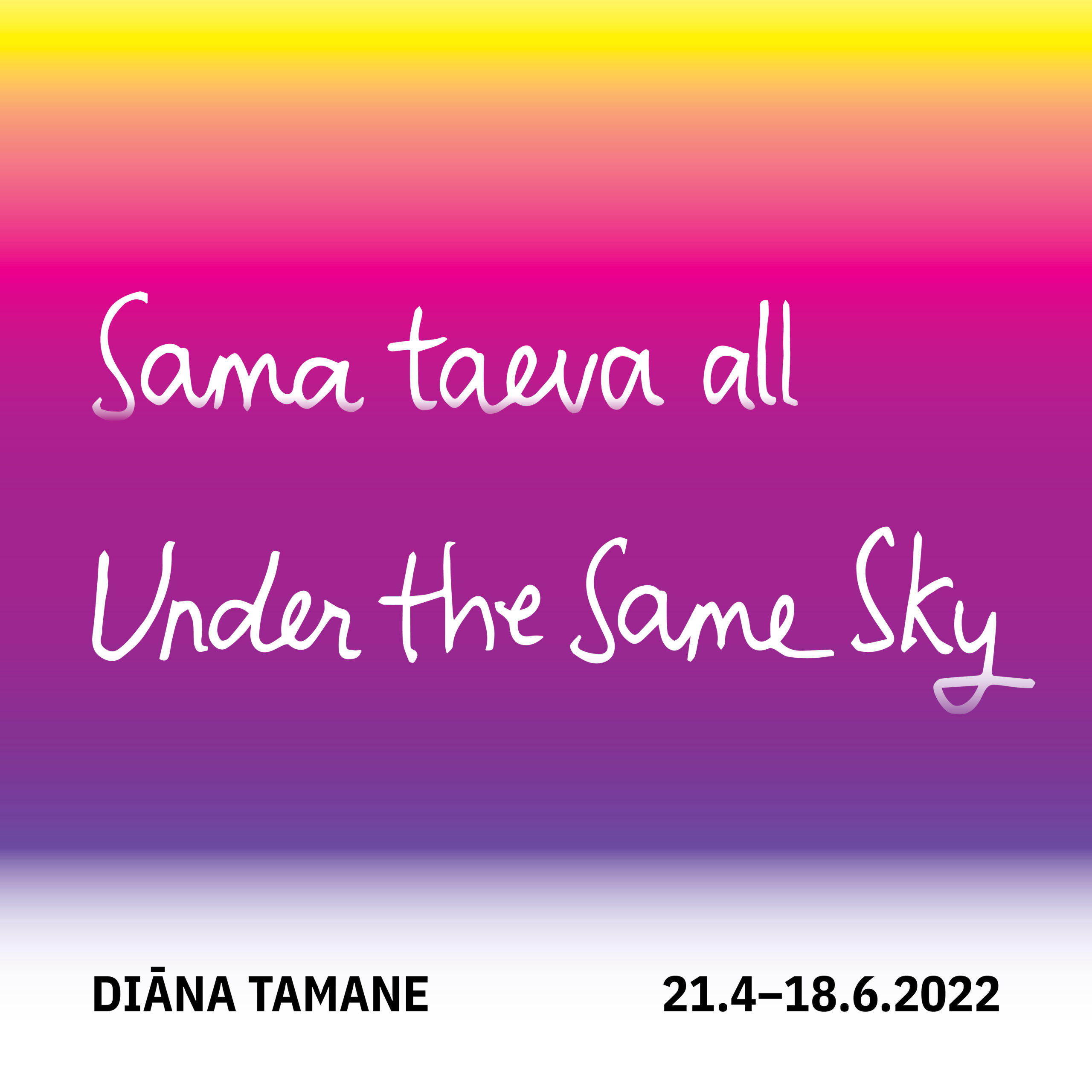 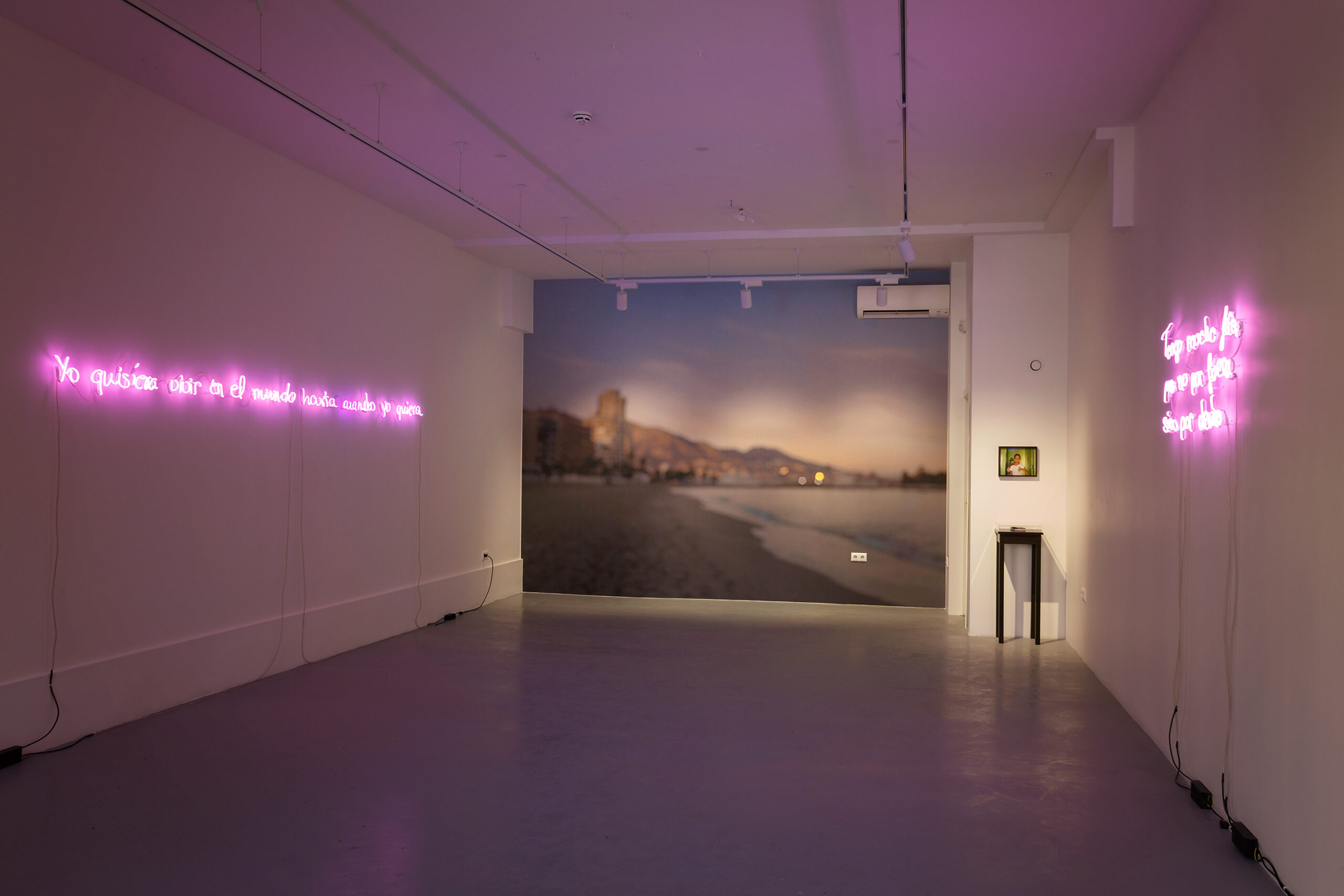 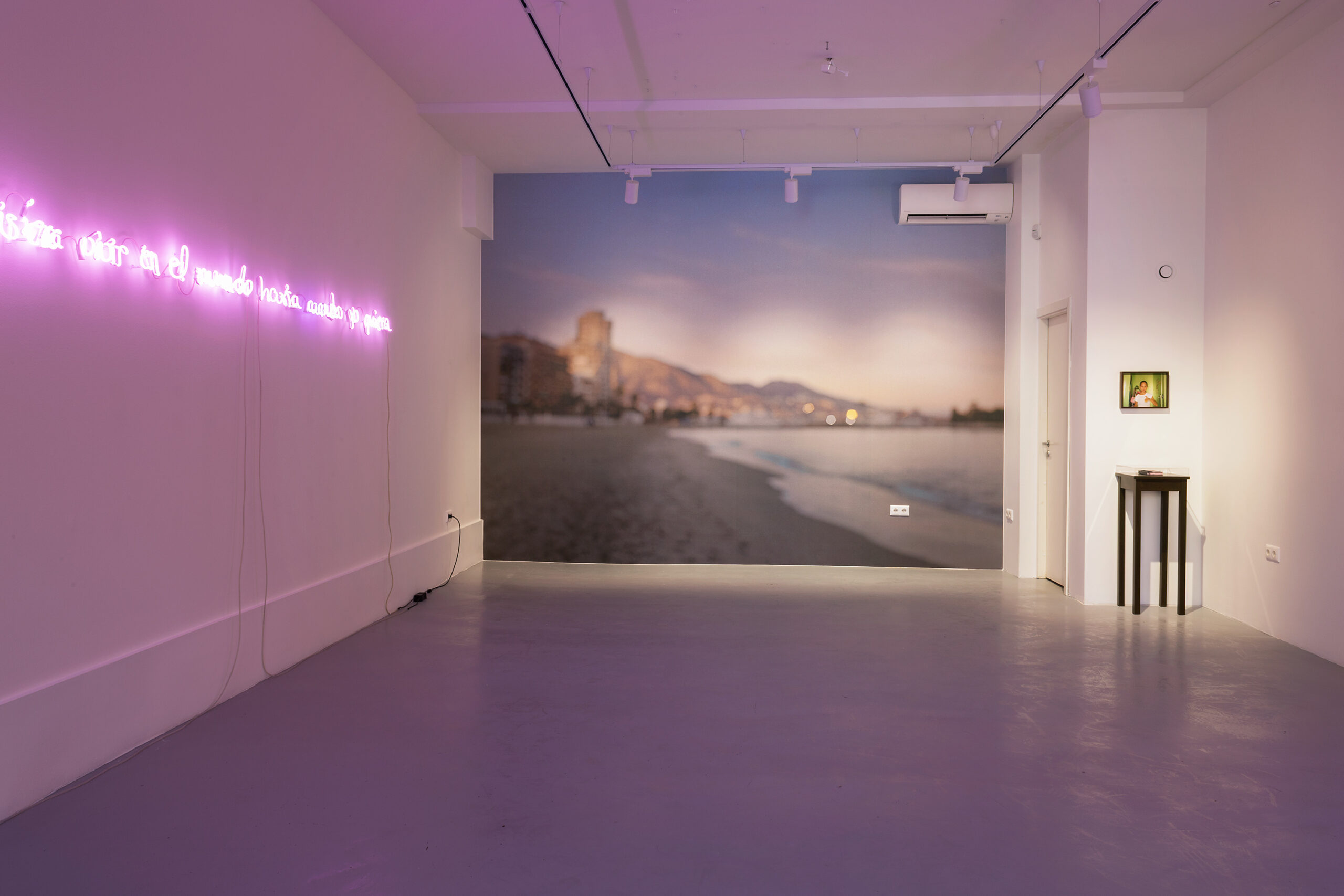 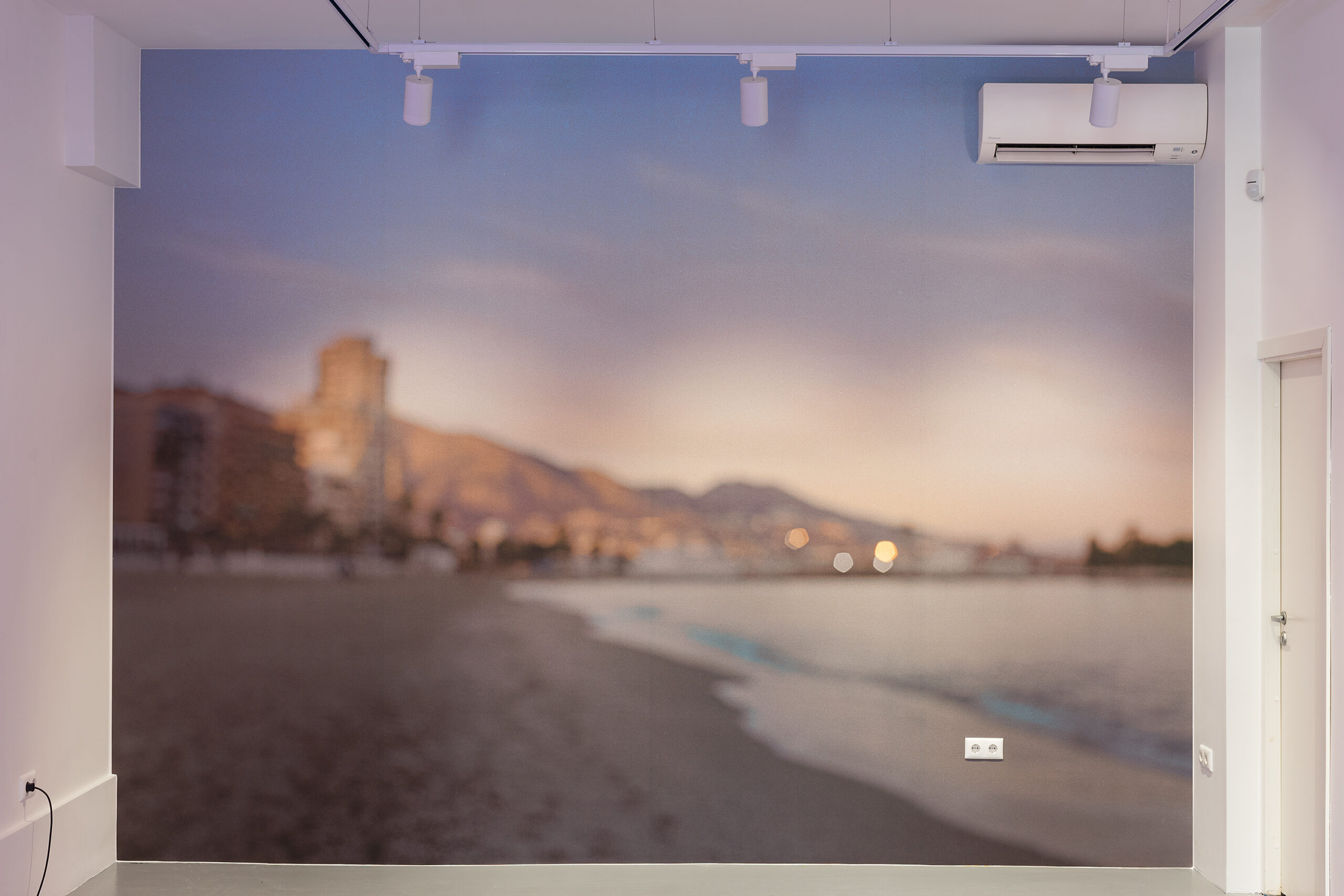 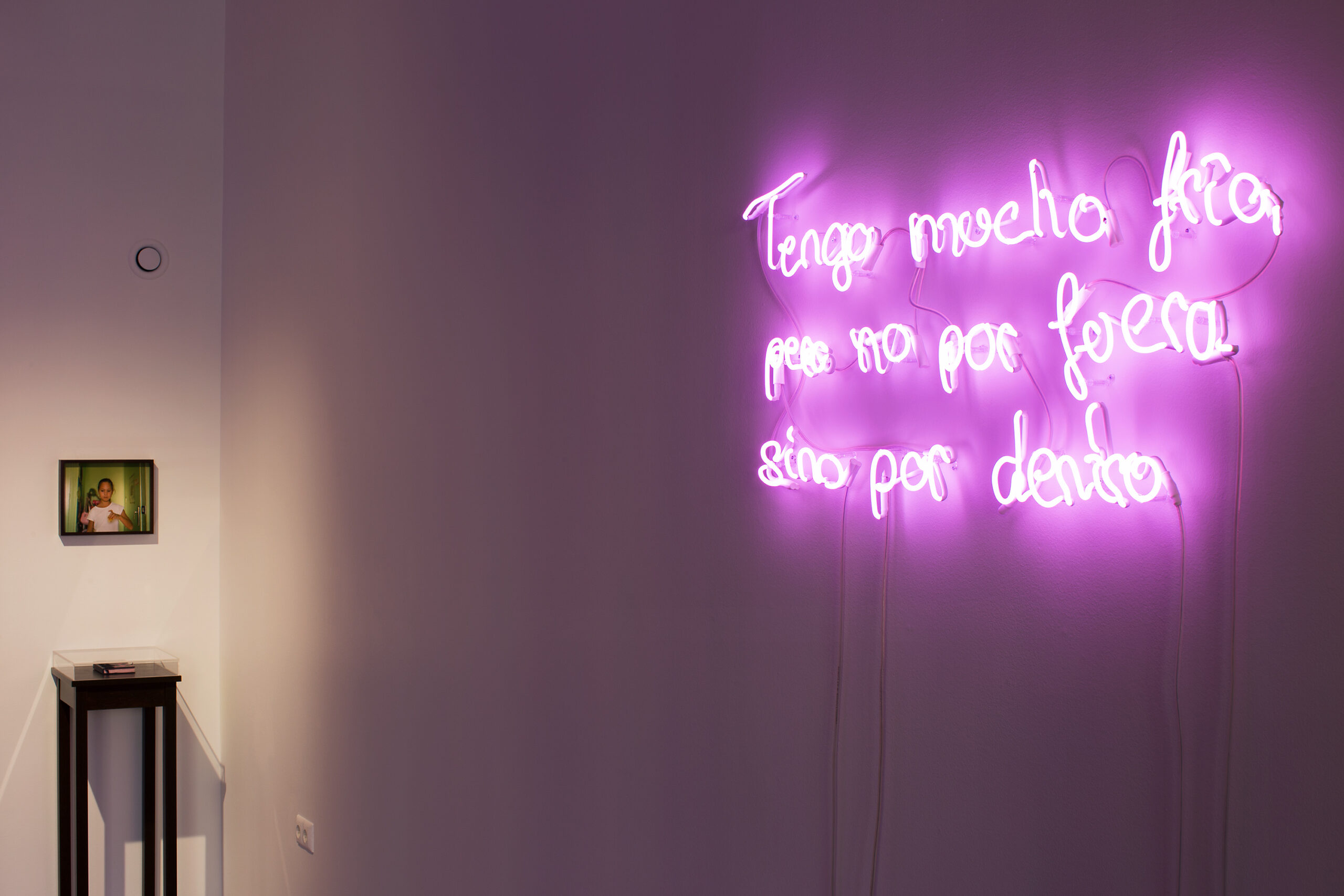 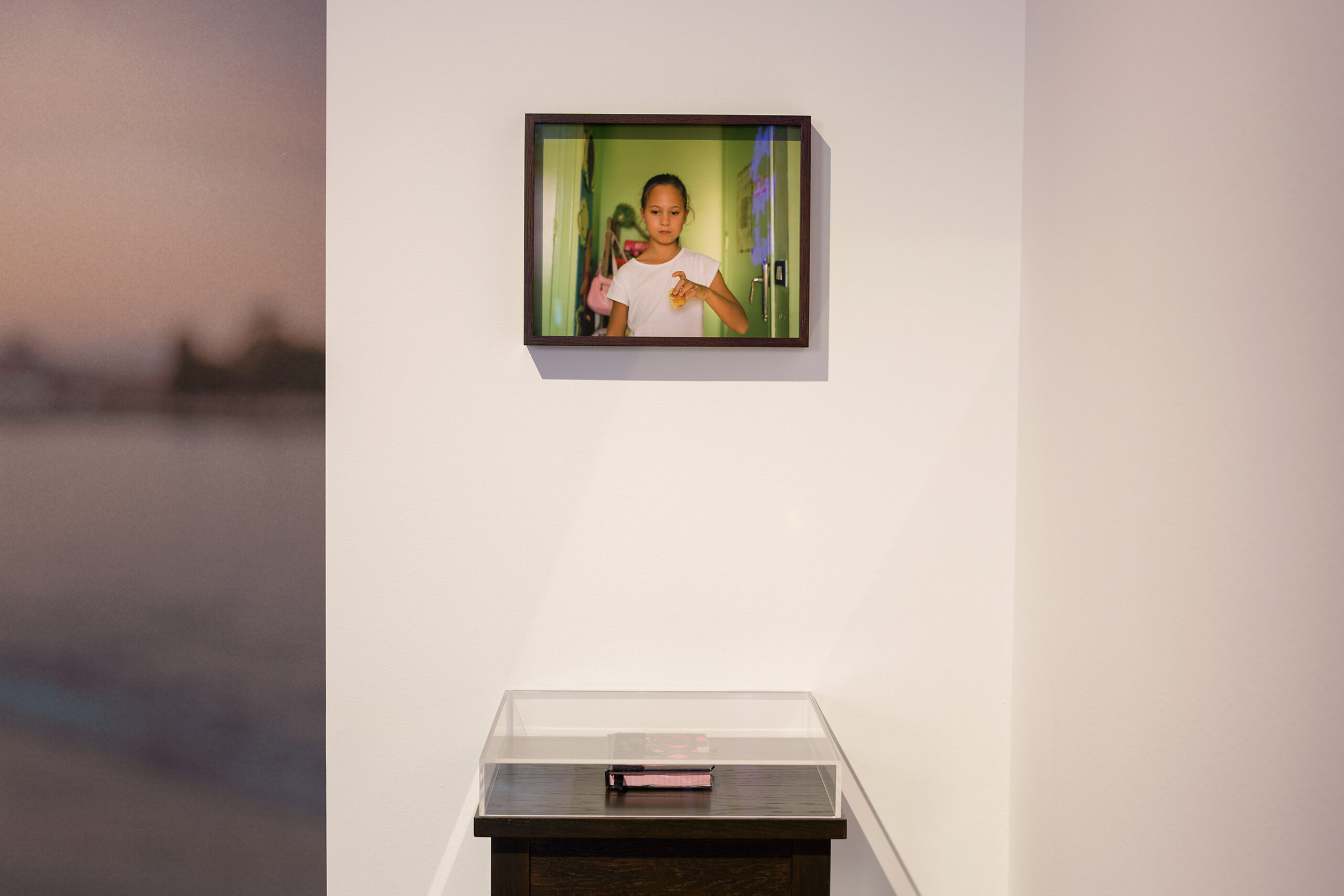 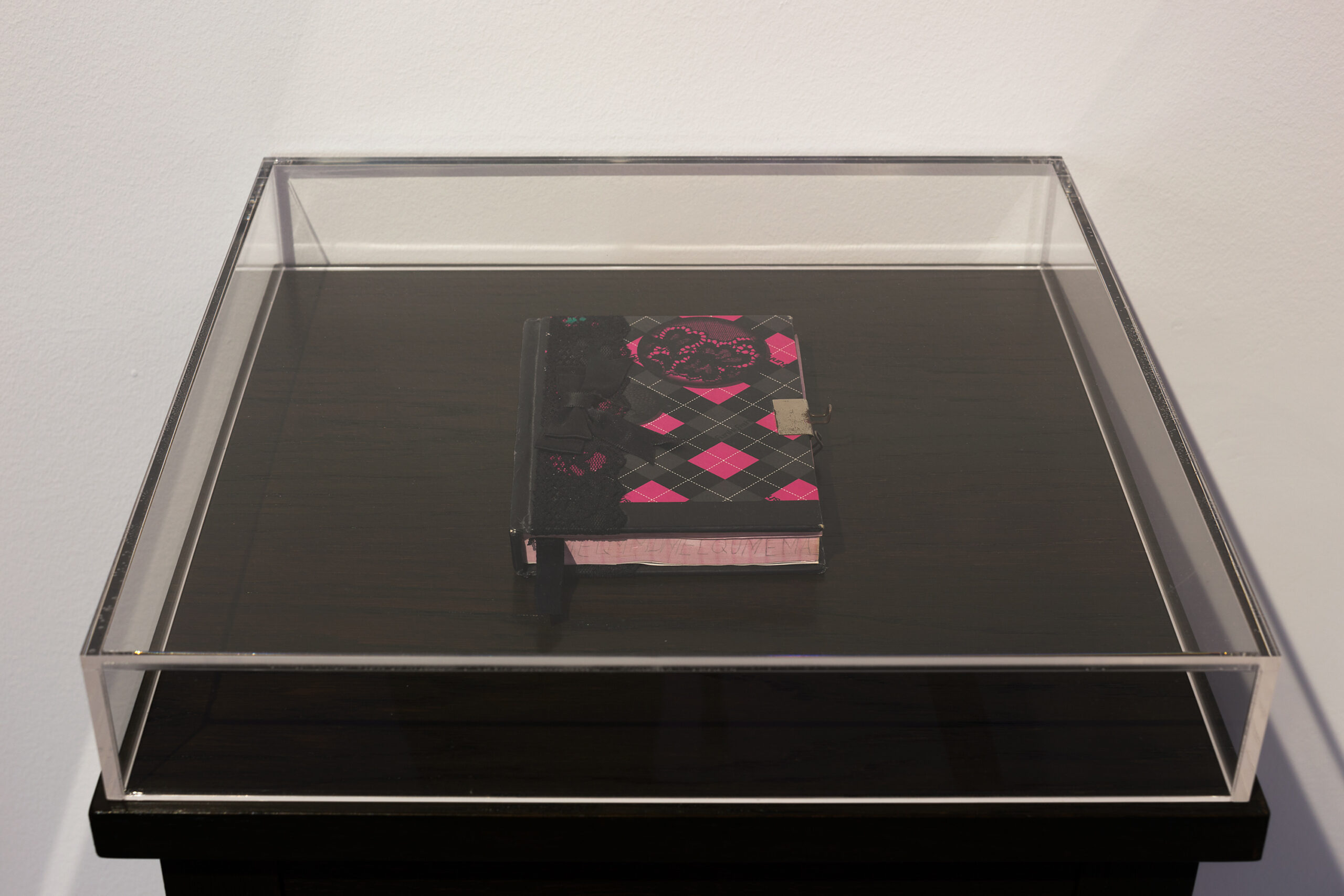 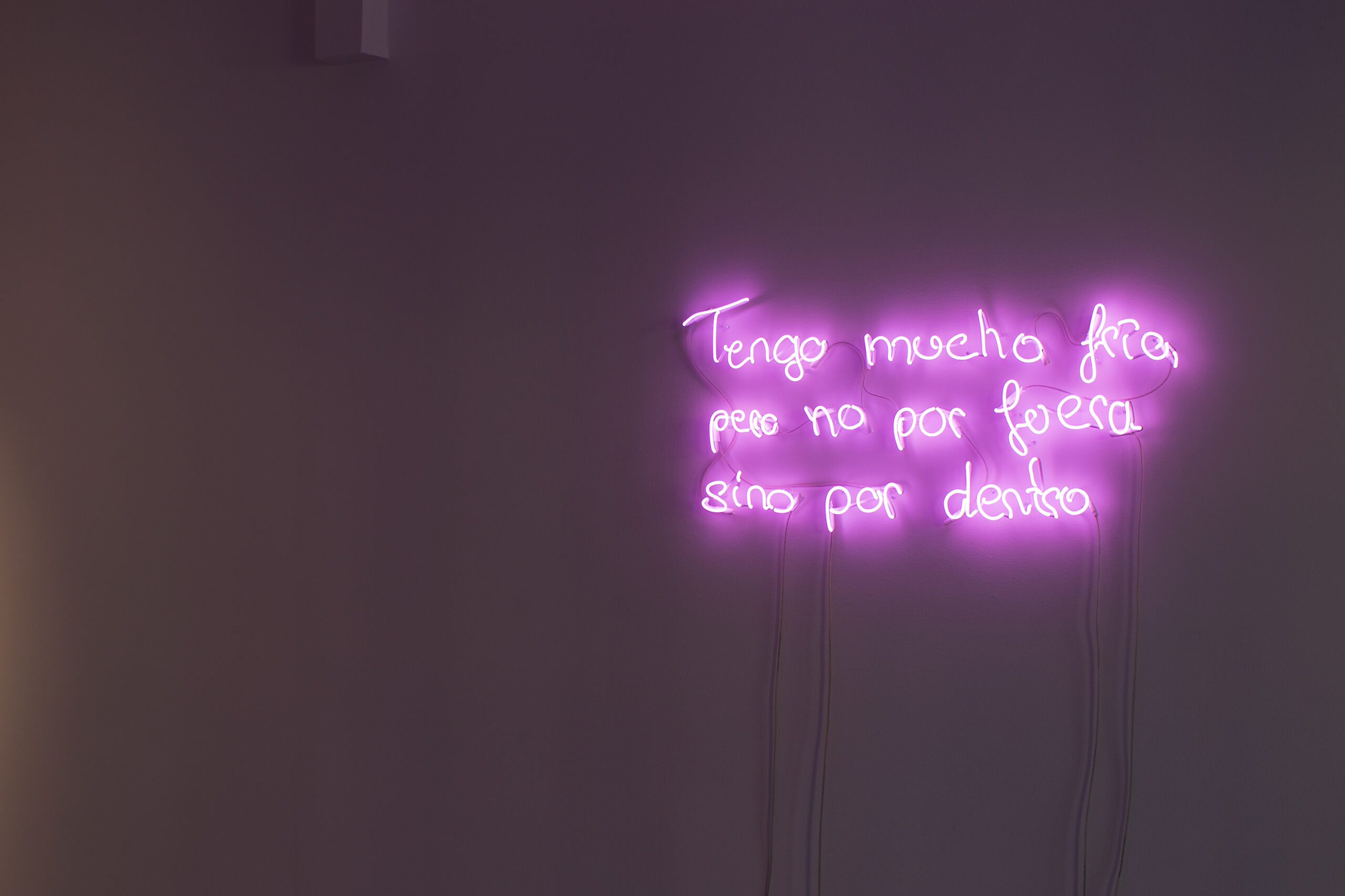 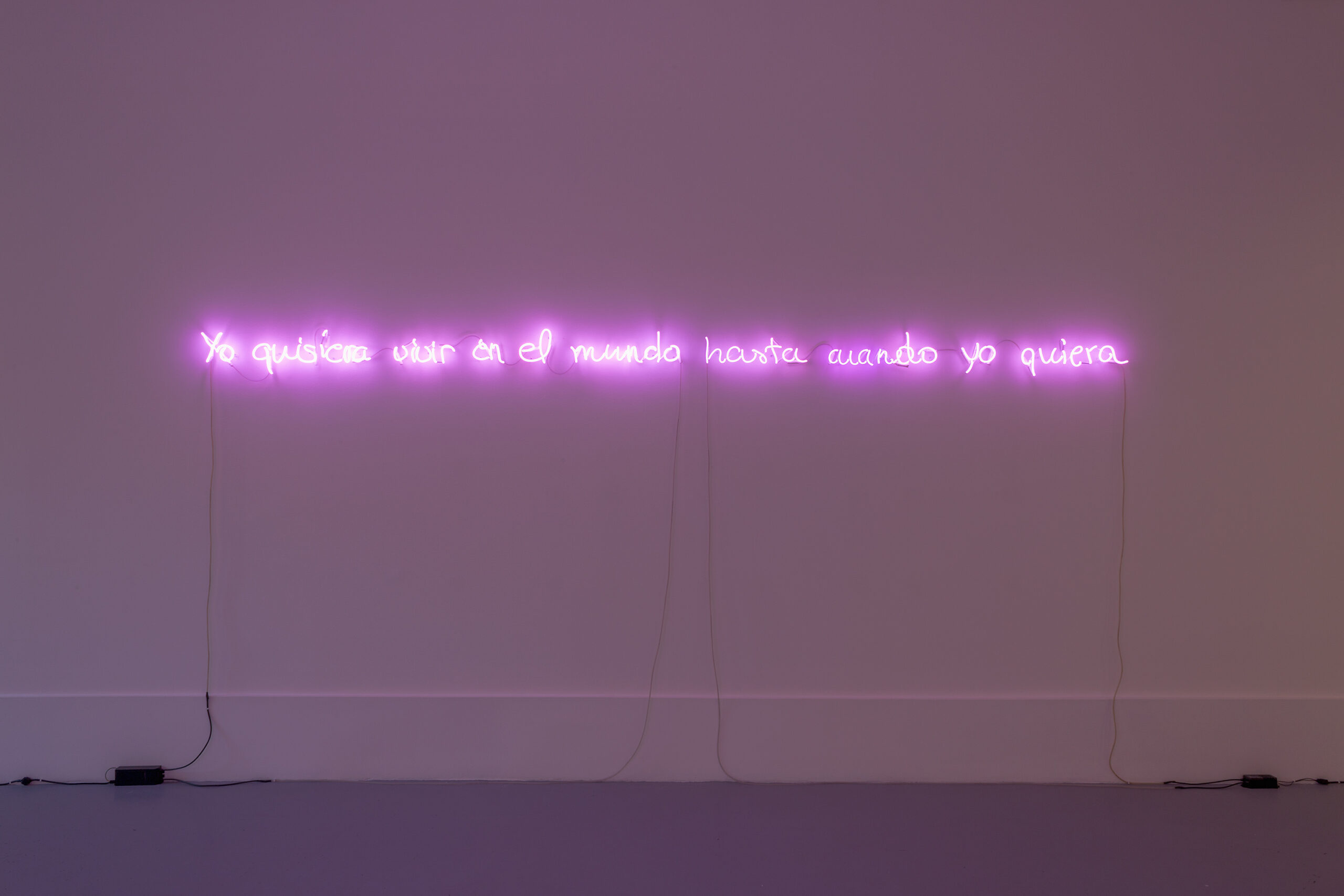 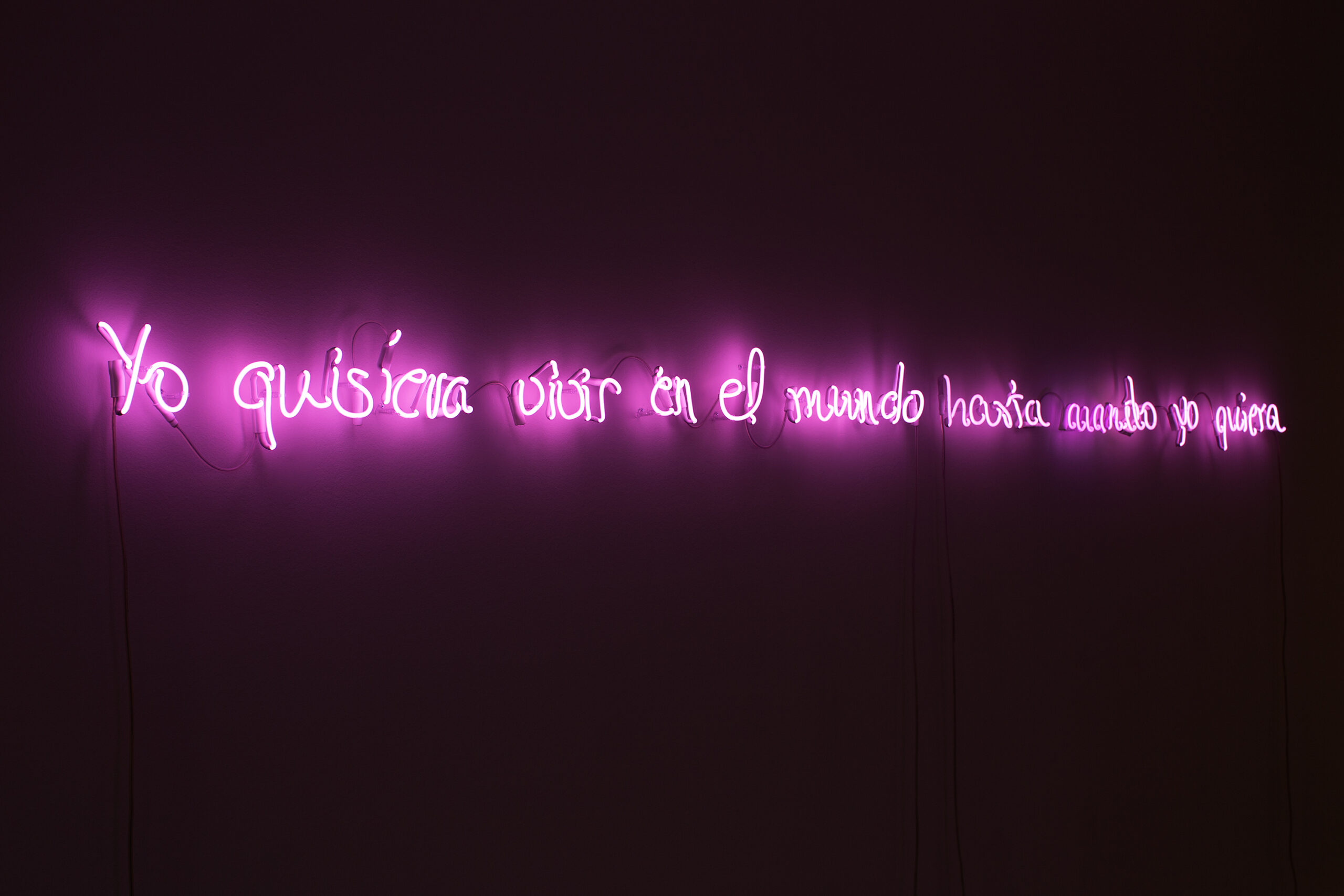 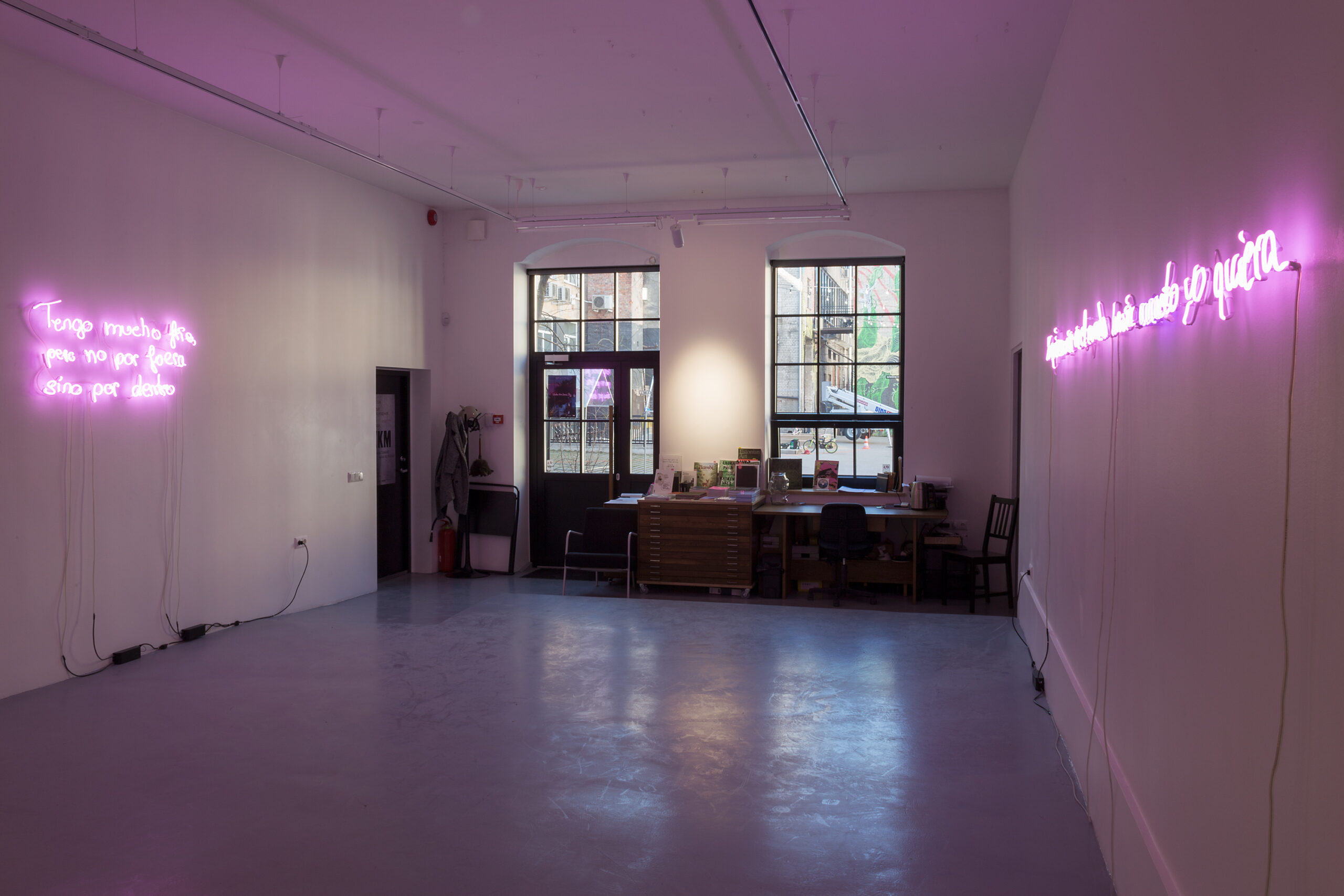 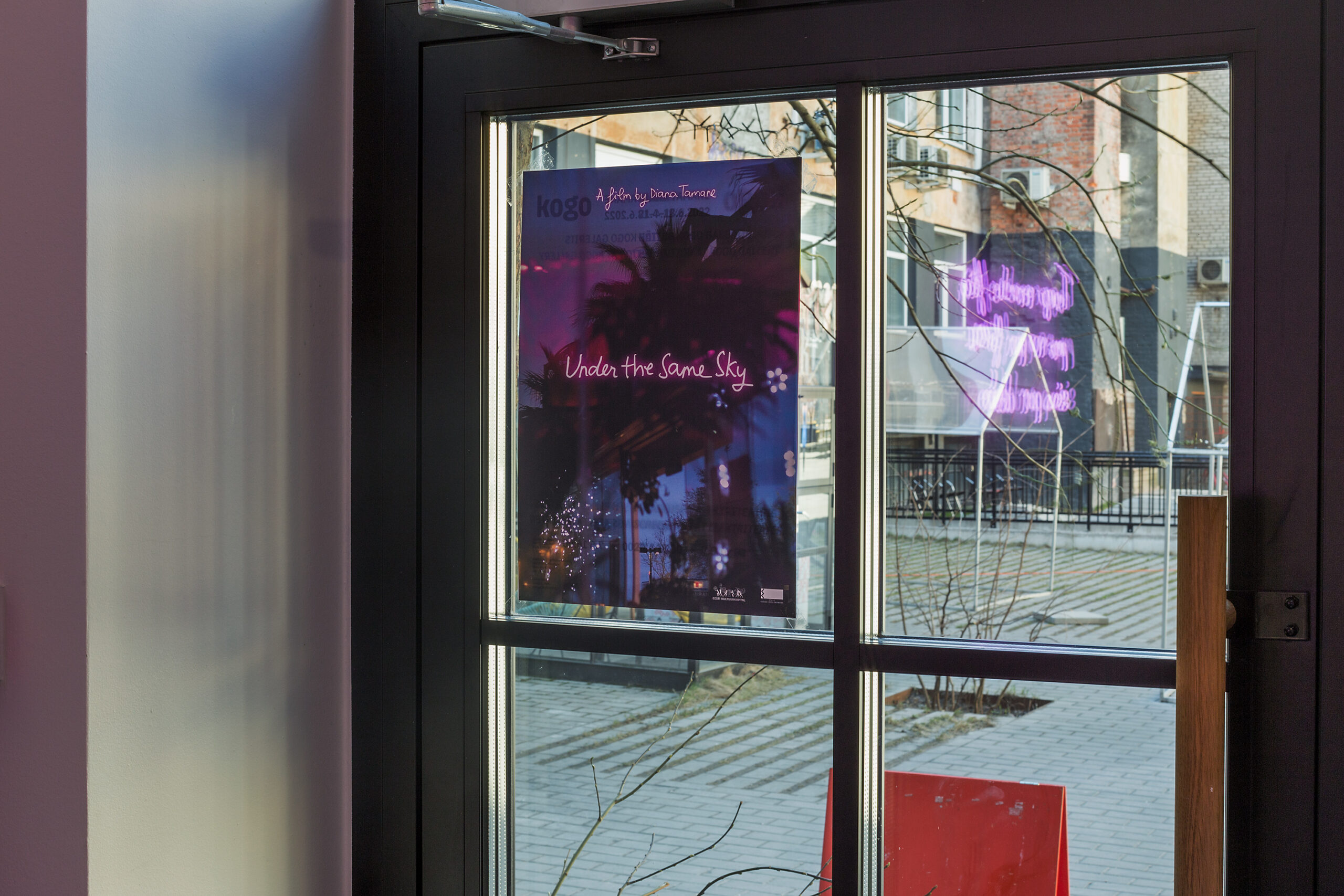 I have a whole life ahead of me, my daughter’s life.

Irina
[from film Under the Same Sky by Diāna Tamane, 2021]

Diāna Tamane’s newest art project Under the Same Sky presented at Kogo gallery as a solo show and as a feature-length film at Elektriteater takes us on a journey to the tourist town of Fuengirola on the Costa del Sol, Spain, near the Alboran Sea. This town, which has been a popular tourism destination for many decades, has never really had its own cultural identity. Instead it resembles a strange shell and its permanent inhabitants, of which many are immigrants, are like the lonesome characters from the mysterious paintings by Edward Hopper. Inside this estranged city, the artist has zoomed in to reveal the intimate personal history of one family – grandmother Tamara born in Ukraine, mother Irina born in Latvia and daughter Sonya who grew up in Spain. Travelling back and forth to this peculiar place for more than a decade to visit a family she has known since early childhood, Tamane has managed to collect images and stories that have caused her to shift away from the usual autobiographical approach, yet keeping her genuine interest in personal histories and relationships between different generations.

In the gallery space we can see a blurry image of a coastline connecting a sandy town beach with the sea, which can easily be associated with a place in a dream untraceable by Google navigators. It could also represent a beautiful, exotic travel destination advertised on photographic wallpaper in a travel agency office but it seems to be too distant and lonely for that. This image of Fuengirola, accompanied only by Sonya’s diary quotes made from neon tubes on the walls and selected memorabilia, like a photo of Sonya as a young girl in a wooden frame and her very first diary displayed in an acrylic vitrine, seems to be part of some sort of a third place, a non-place if you prefer, a personal landscape of one family, documenting the present, revealing memories and shedding shimmering lights on a possible future.

The exhibition, which can be also viewed as a spatial installation, represents a mother’s prayers for her daughter, a shrine to Sonya if you may, filled with the mothers hopes. It is the past represented by the mother and grandmother that has given birth to the present and the hope for the daughter’s happiness in the future. The exhibition, as the very first spatial manifestation of this project, with Sonya as the dominant voice, echoes the experimental documentary of the same name in which Tamane introduces the life story of the family from the perspective of Sonya’s mother, Irina. Tamara and Irina have experienced life in the Soviet Union as well as in the united and globalised Europe after the fall of the Iron Curtain. These footprints in their lives have influenced and transformed them, introducing the life of the global citizen, yet also the life of an outcast that never truly fits. Through the film, as the second part of the project that can be viewed at the Elektriteater, we can learn not only about important political and economic changes happening during the lives of these women, but also about struggles with motherhood, depression and the relationship with one’s own body. In the current troubled times questions of identity and belonging are even more poignant.

The exhibition is part of Kogo’s programme for this year, which is introduced under the title Past is the Present, as a kind of vibe using this poetic and semantically playful phrase to describe how time as a vehicle transports certain events and experiences from past to present. Through her project Tamane addresses the personal histories of different generations, how the past has shaped their relationships and lives in general, and how we are all in our own way affected by geographical, cultural and linguistic boundaries.

During the exhibition locals and visitors to Tartu have an opportunity to watch Tamane’s first feature-length film Under the Same Sky (2021) that will premiere at the Elektriteater on 20 April. After each screening, the audience is invited to stay to listen to conversations with the artist. On 7 May Tamane will be joined in conversation by ethnologist and fenno-ugri expert Eva Toulouze. Both conversations will be moderated in English by project curator Šelda Puķīte.

The project was supported by the Estonian Cultural Endowment, Culture Capital Foundation of Latvia, the City of Tartu and FOKU. 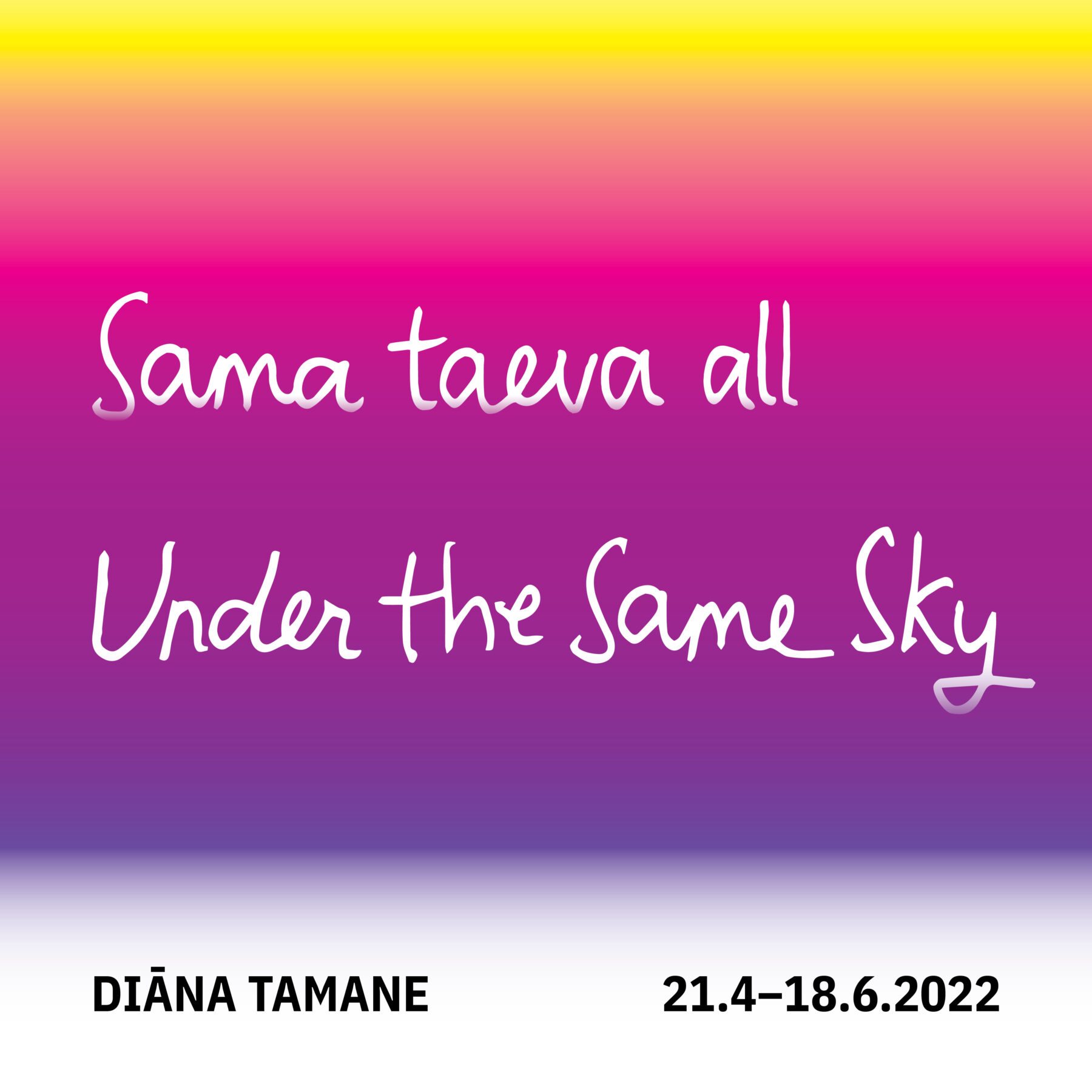 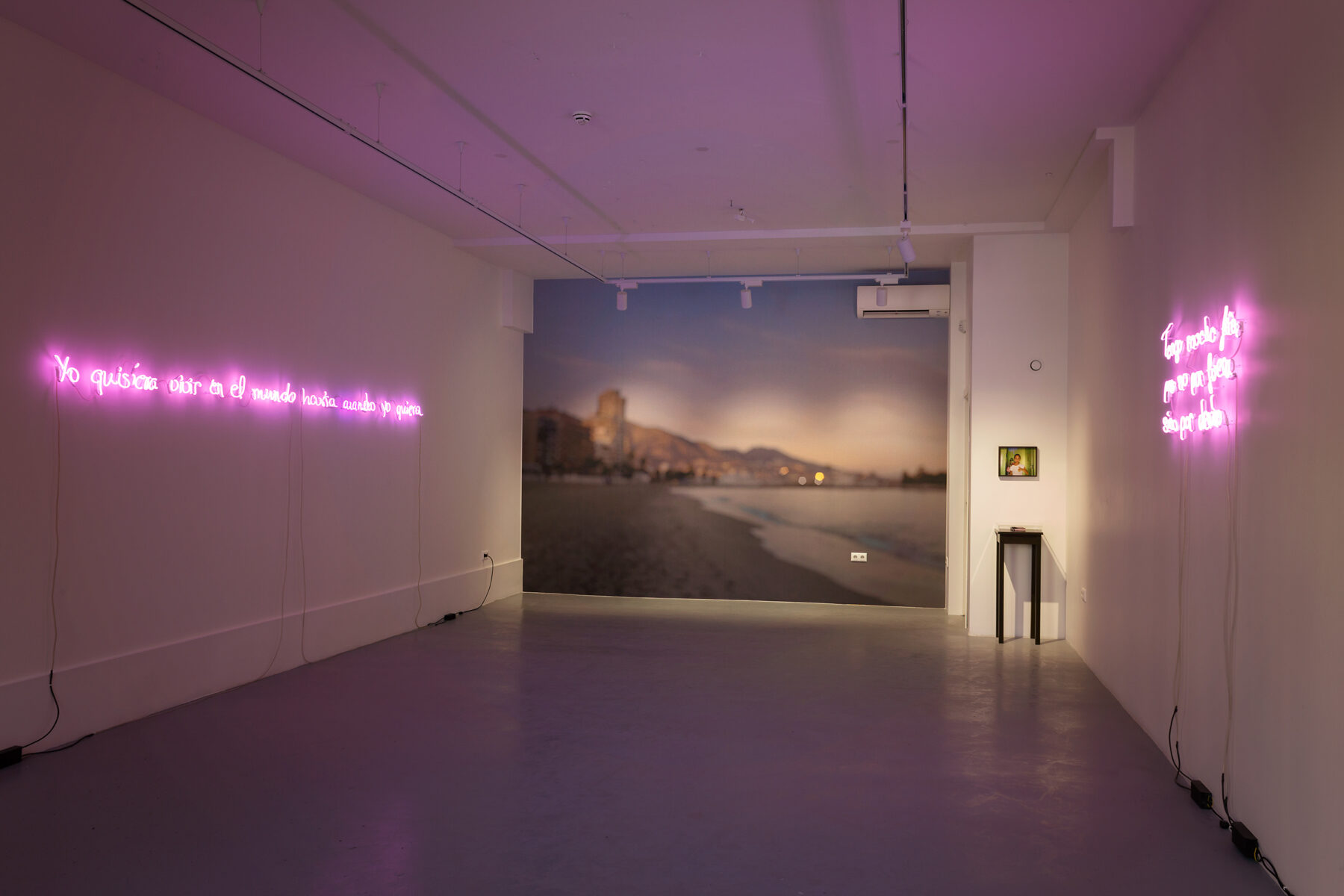 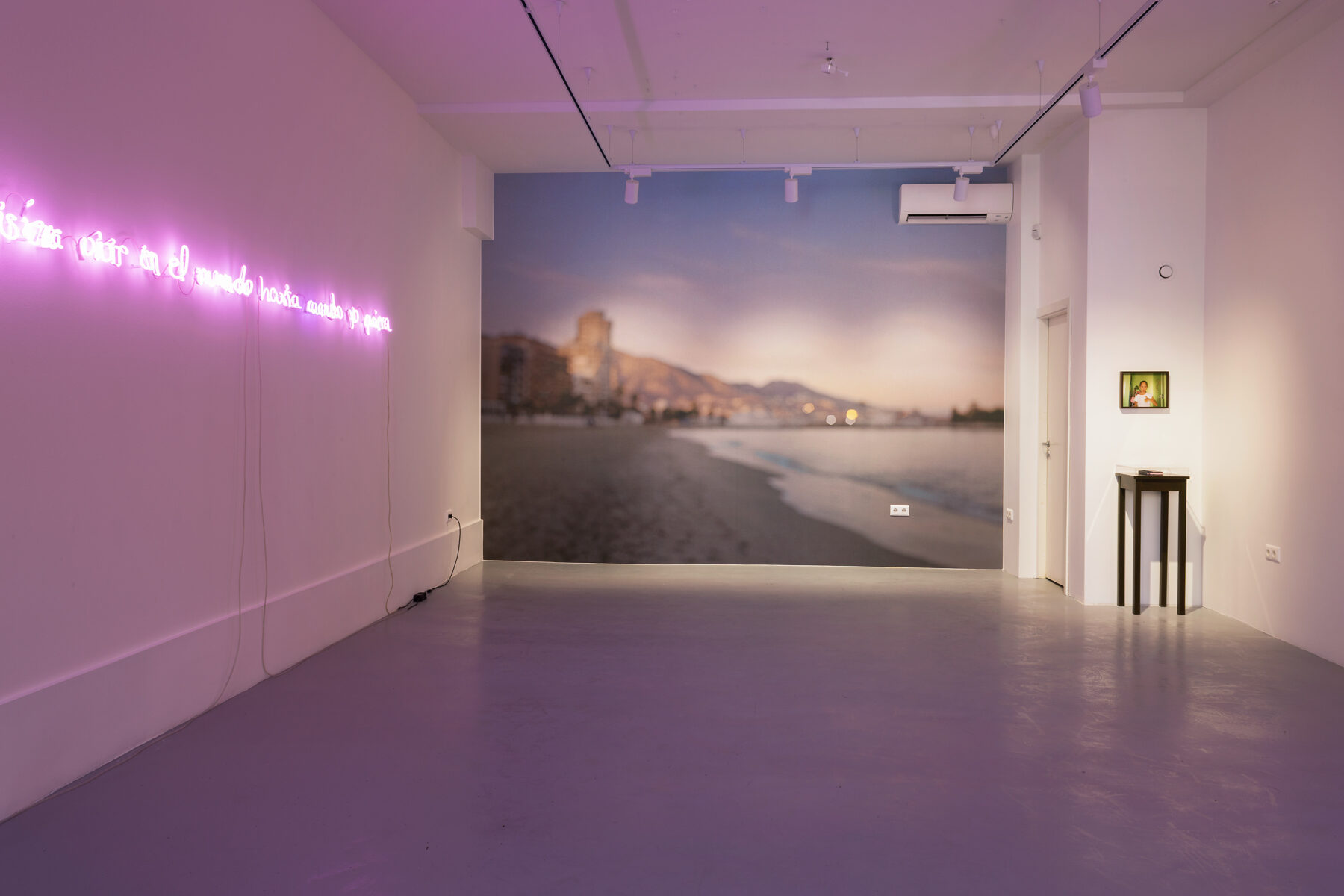 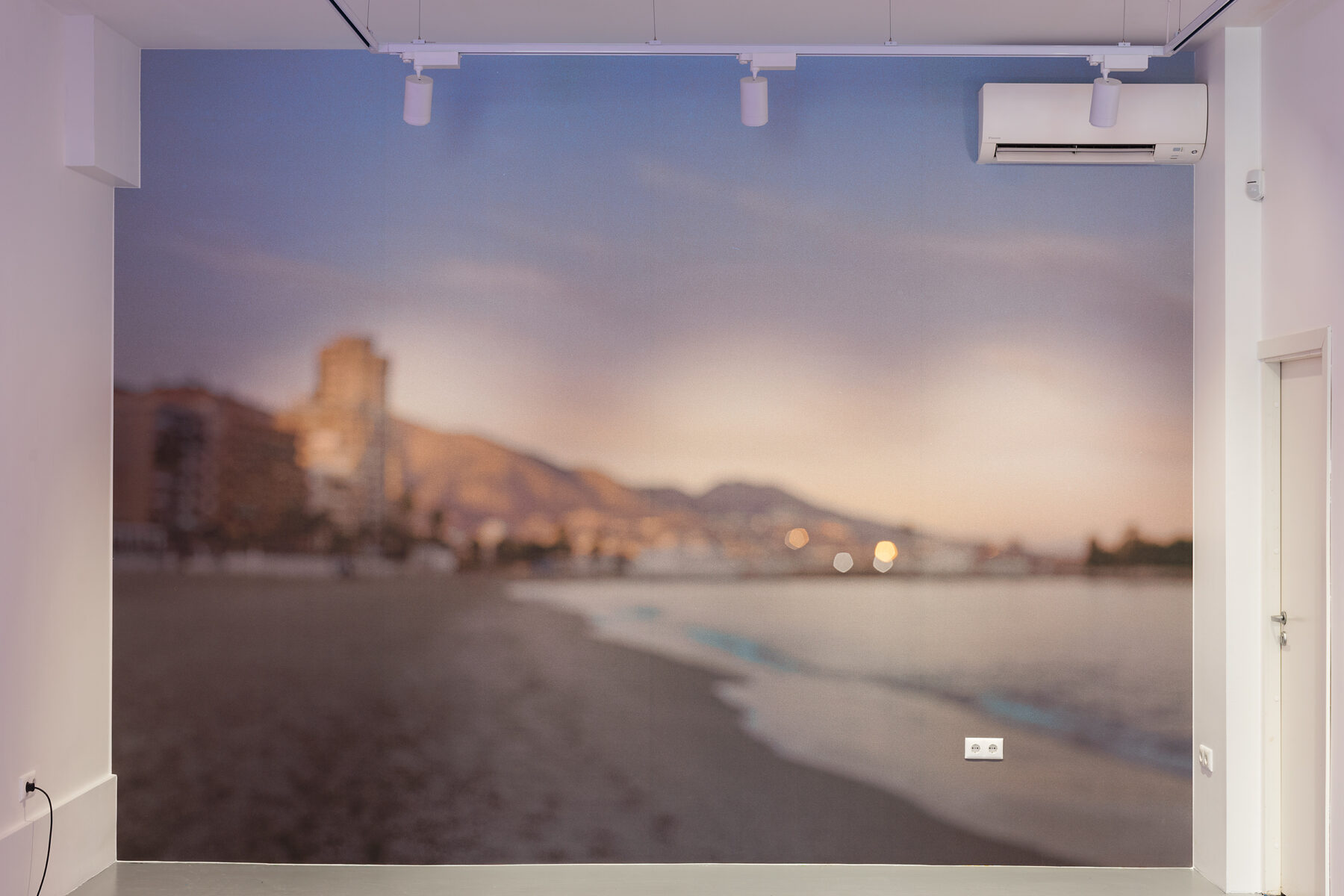 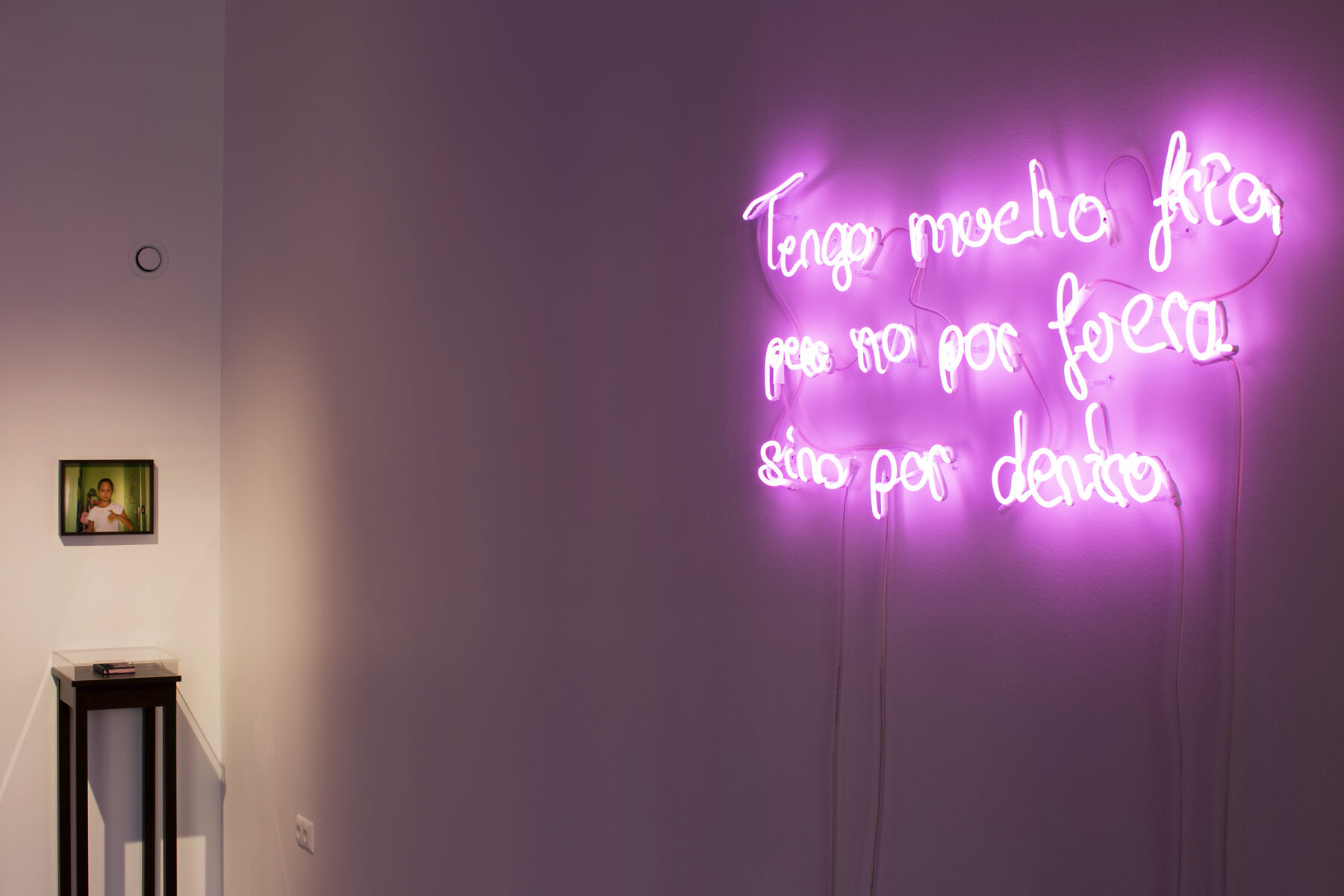 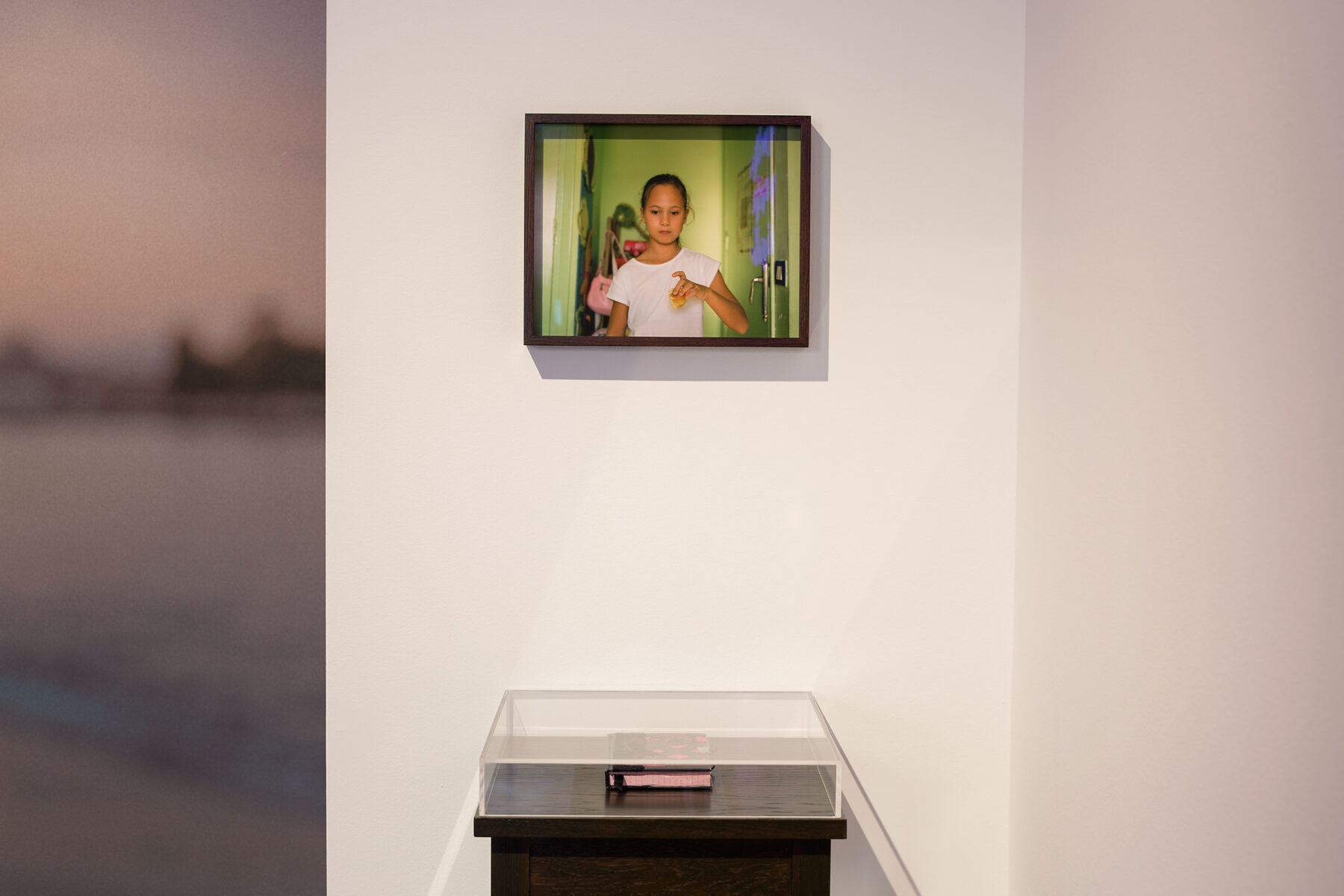 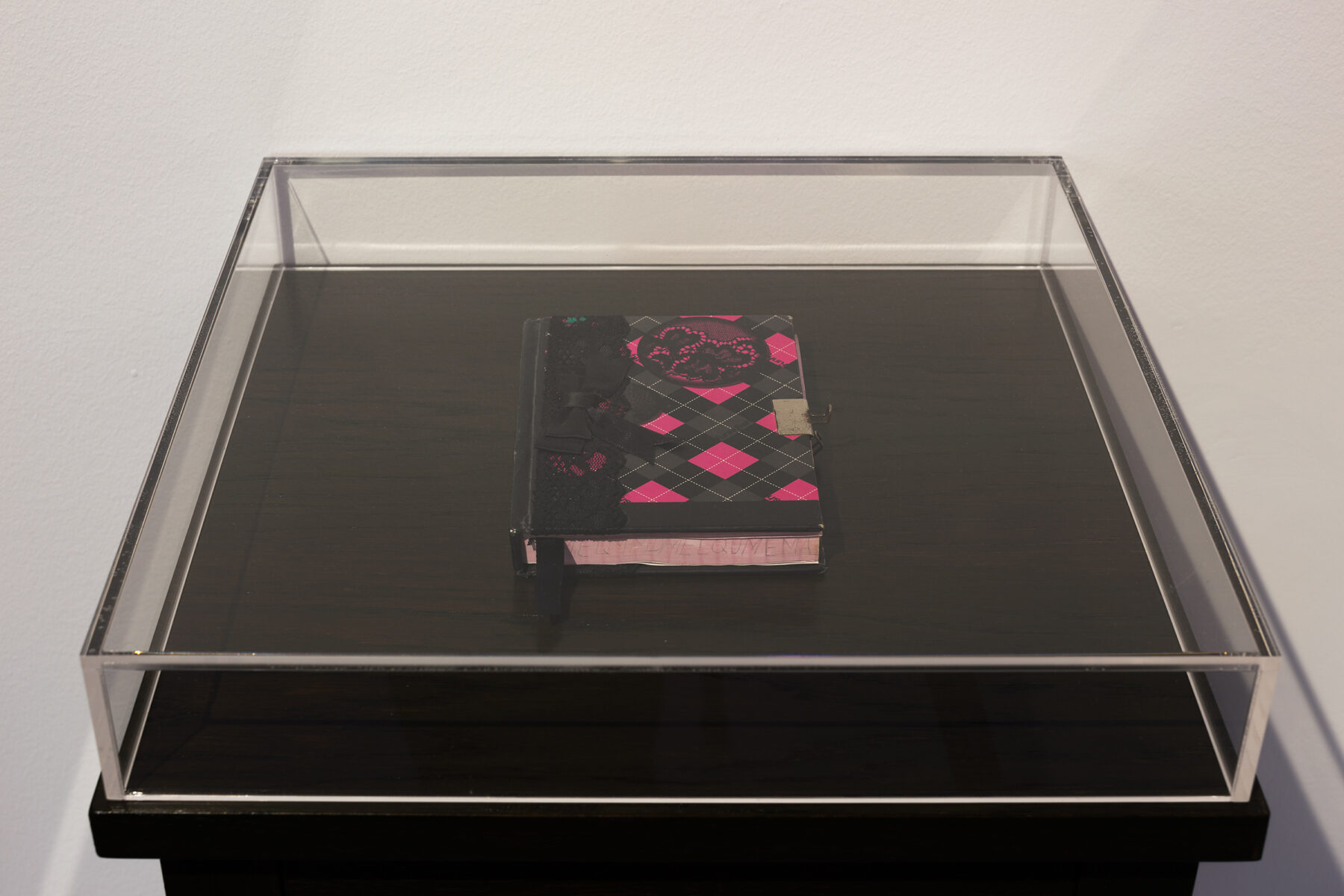 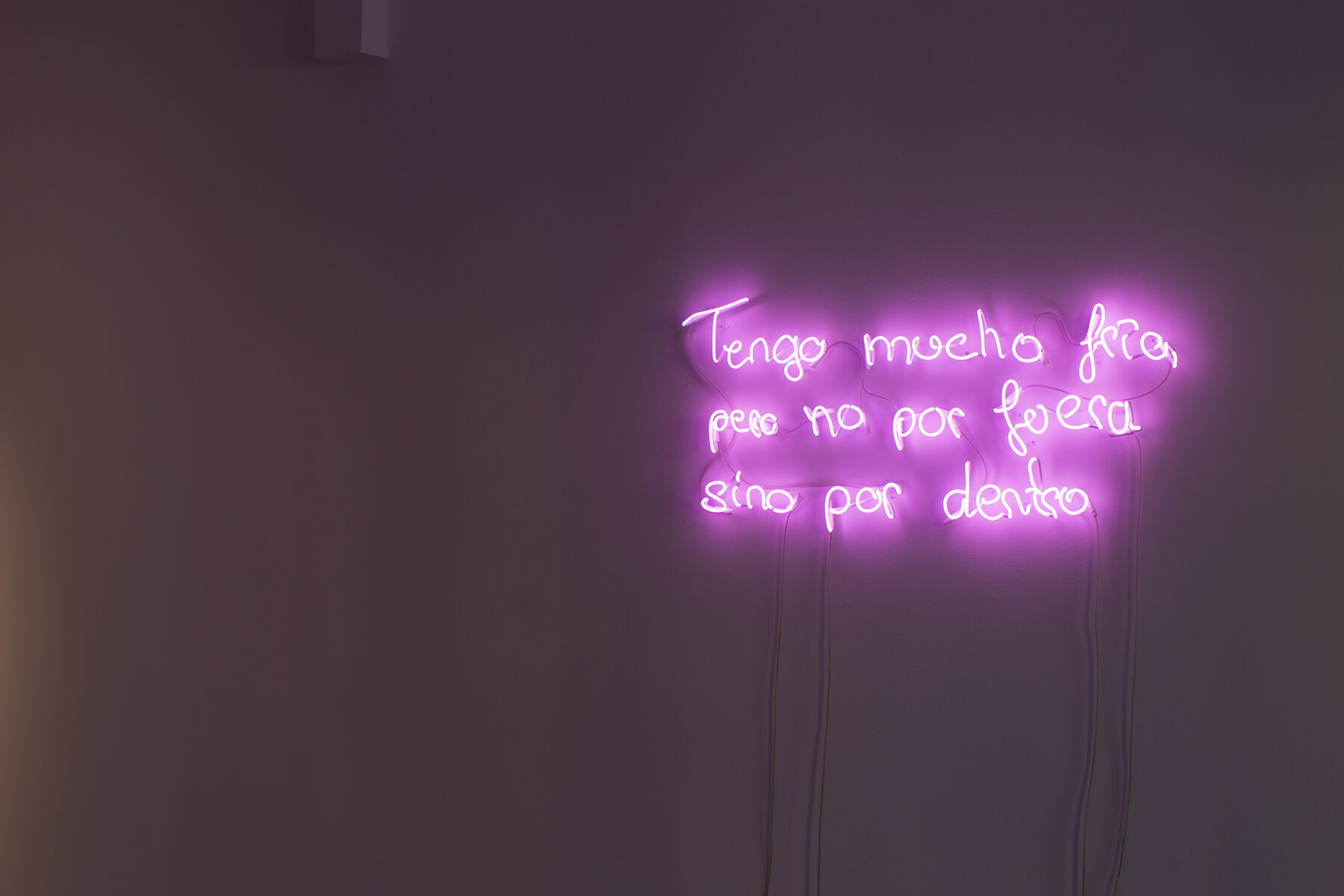 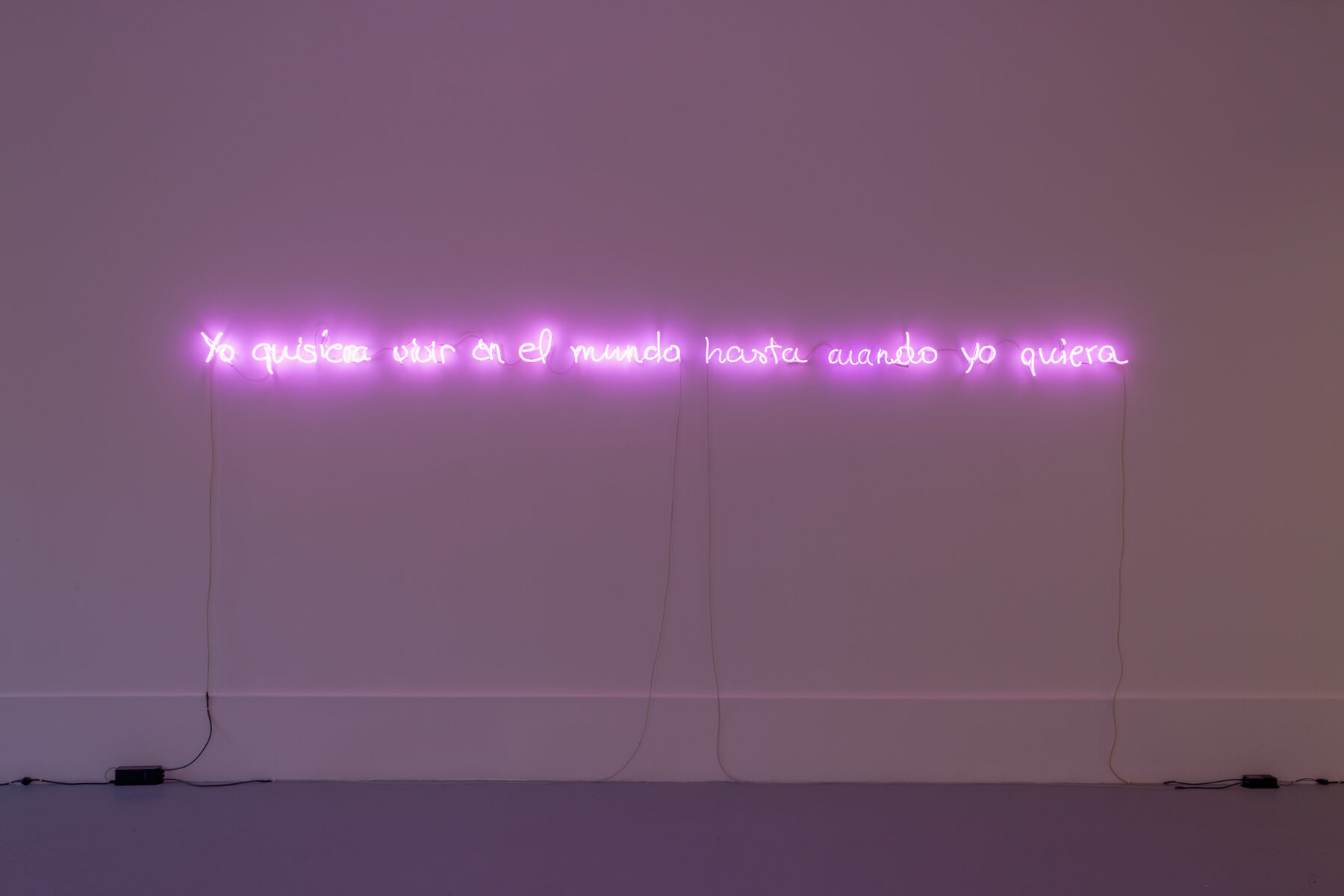 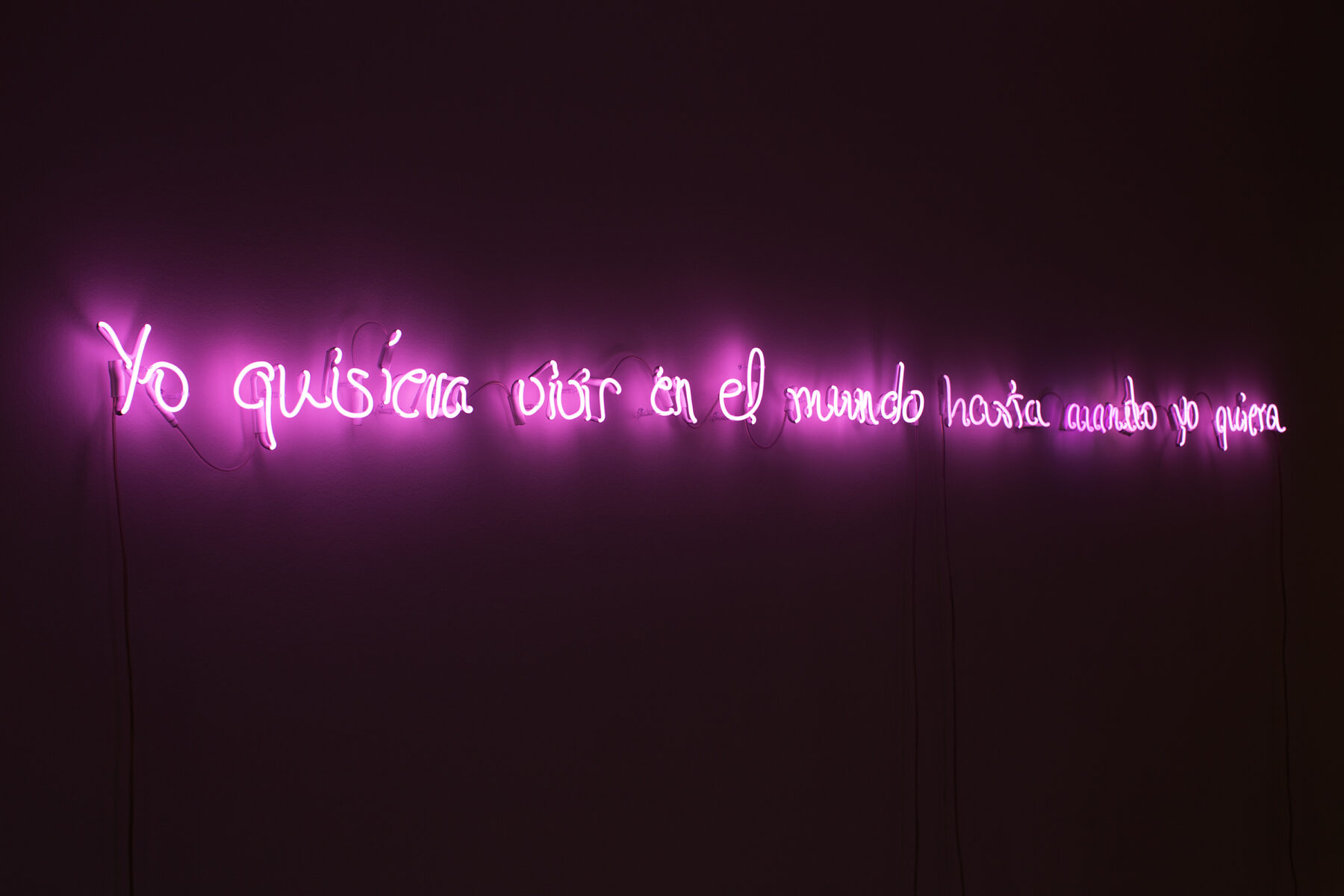 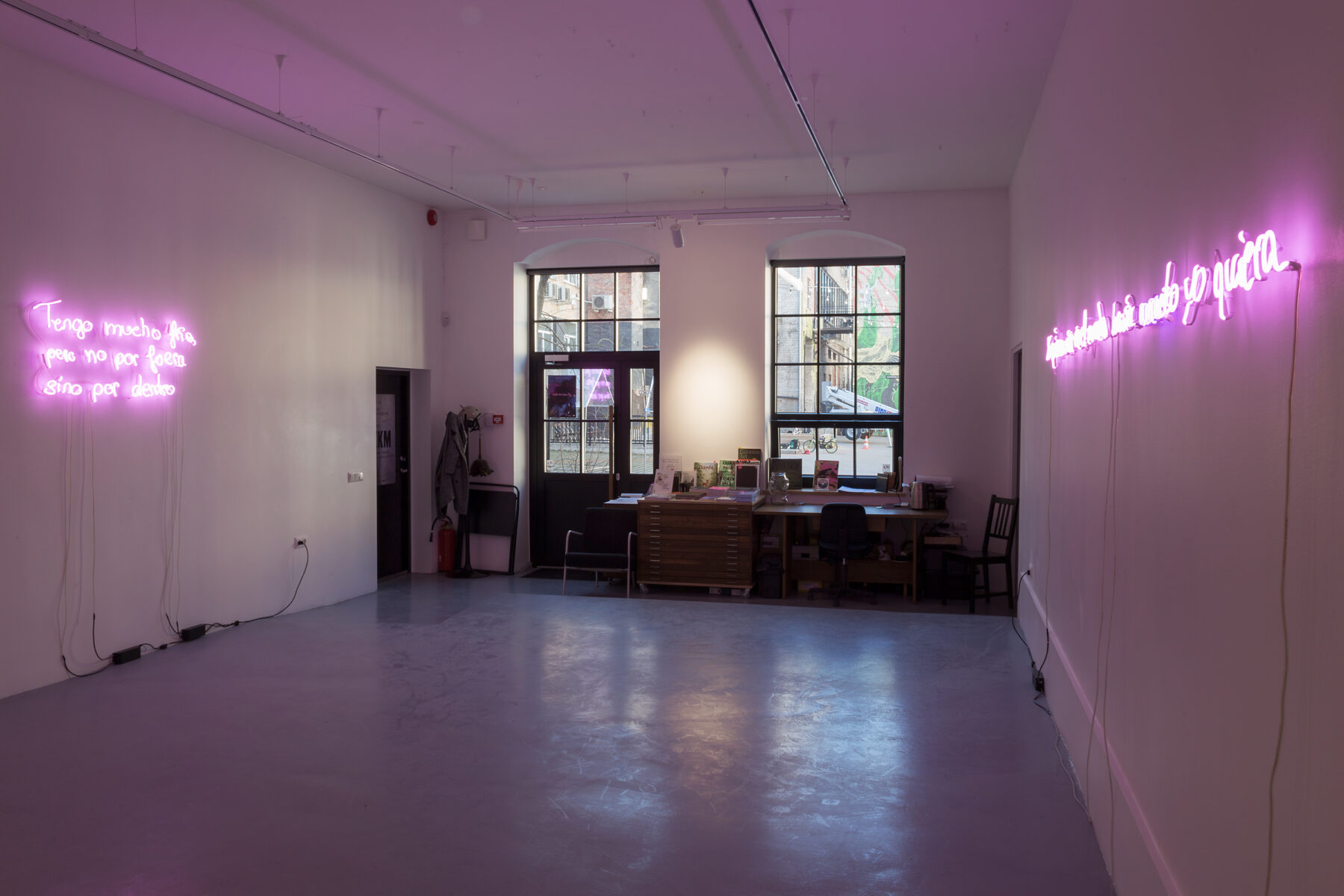 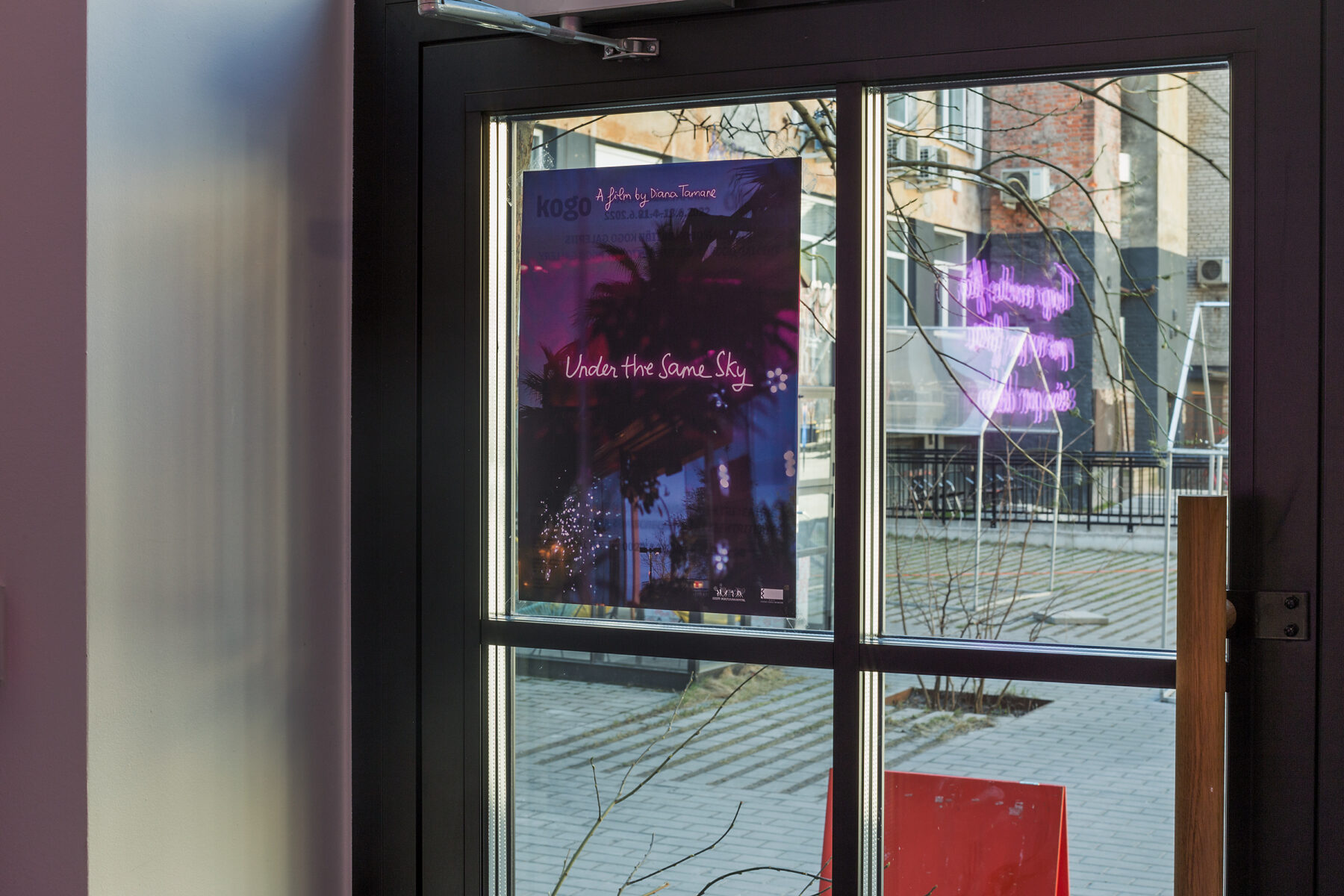