The opening on Friday, January 24th at 7 pm.

Past
Anastasia Sosunova
Barry Walking Himself

Kogo gallery is glad to invite you to a solo show by Anastasia Sosunova presenting her latest work. A tour with the artist takes place on Saturday, November 23 at 3 – 4 pm. Please register at kogo@kogogallery.ee.

There are different distortions happening in the places we inhabit. Employing contemporary myths and real-life stories, like the collective care for a dog called Barry who is known for walking himself, I search for the most suitable visual language to articulate ideas of exception and gentle openness, the unknown, the unforetold, the unproven. When imagining a territory and the coexistence of entities in it, I picture walls giving up their impregnability and gripping objects that are leaning on them. A vague territory, where pigeons are eating pizza, lawn-mowers are free-roaming the yards, teenagers playing with glimpses of fire, and loud confessions being made on public transport. All are there, fitting in this strange organism which embodies the idea “that nothing is settled, that everything can still be altered, that what was done—but turned out badly—can be done again” 1, and then — repurposed in multiple inventive ways.

Anastasia Sosunova (b. 1993) is a visual artist based in Vilnius. Sosunova holds a BA in Graphic Art and an MA in Sculpture from the Vilnius Academy of Arts. Her multidisciplinary practice comprises of video, installation, sculpture and graphic art, translates between scales, manipulating personal stories and subtle material gestures, following through their entanglements in vaster tales. These are tales about how communities and identities are formed, subsist and come undone. Often this is a practice of noticing and knowing intimately our contexts and how we interact with them.
Her recent exhibitions and screenings have taken place in I: project space in Beijing; Contemporary Art Center, Rupert and Editorial in Vilnius; Cubitt in London; The Sunroom, Richmond and The National Gallery in Prague.

The exhibition is supported by Cultural Endowment of Estonia, city of Tartu and Lithuanian Council for Culture and organised in collaboration with Vilnius gallery (AV17). 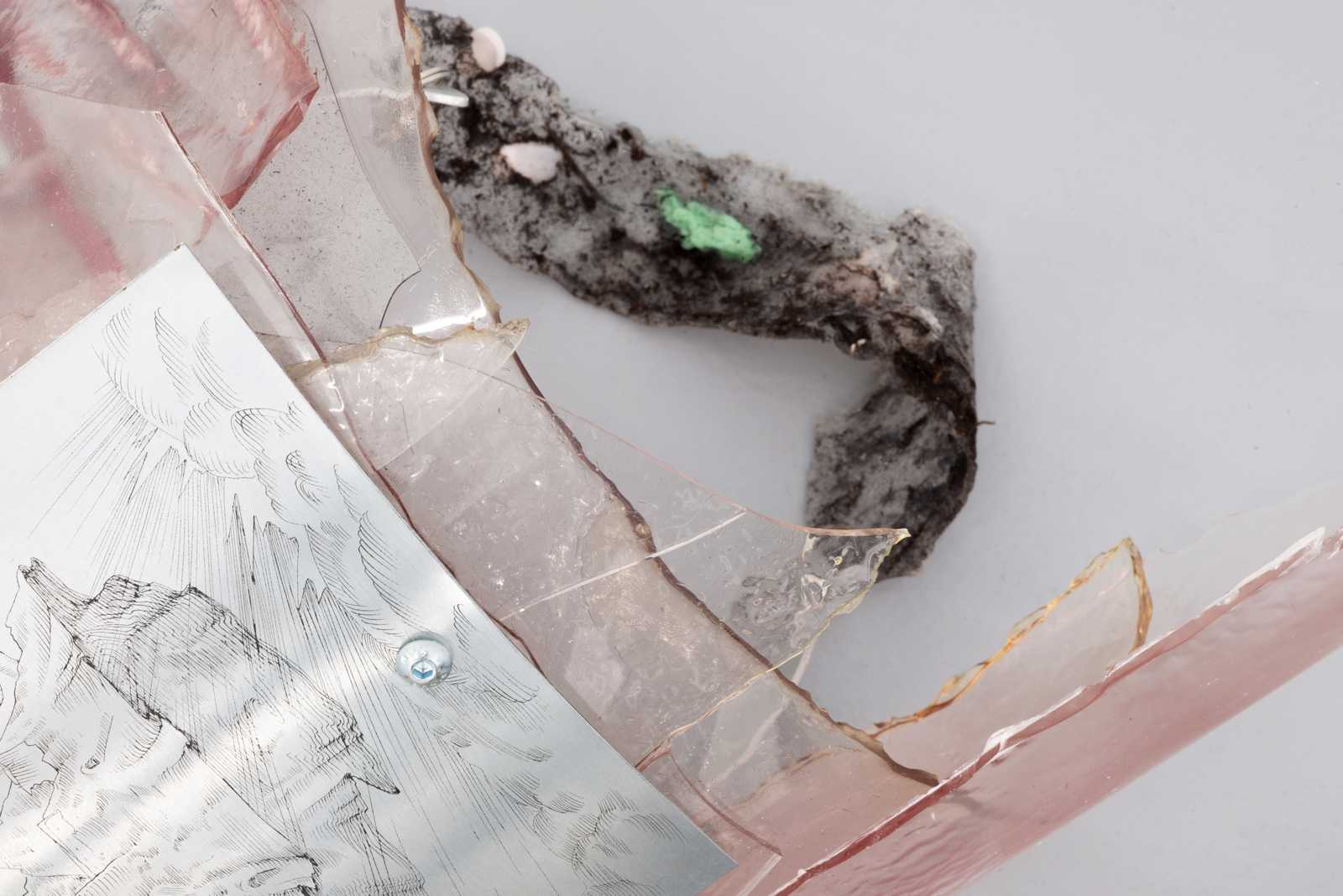 Kogo is pleased to invite you to the Museum of Baltic Remont, a solo exhibition by Bita Razavi.

Bita Razavi’s ongoing project Museum of Baltic Remont is composed of documentation of what may appear to be a mundane task. Over the last three years, she has been renovating an abandoned house in the Estonian countryside and an apartment in Tartu. What sets her construction apart is her fascination with and scrutiny of the various materials that have been used to repair homes in the Baltic region throughout years of changing economic and political situations. The materials that were used during the Soviet era to insulate and renovate these houses have been collected and preserved as if they were samples for an anthropological research study. Following on from of her earlier works in which she documented the common traits of Finnish and Iranian households, Razavi has now built a commemorative scientific installation to showcase the invisible building materials that many people in the Baltic region live amongst. She employs the absurd form of a national museum to explore the agency and role of such museums in construction of national identity and creation of a shareable narrative for the masses.

Bita Razavi (b. 1983) born in Tehran, lives and works between Helsinki and Estonian countryside. She graduated with a Bachelor’s degree in Music from Tehran University of Arts and holds a Masters in Fine Art from Finnish Academy of Fine Arts. Razavi’s practice is centred around observations and reflections on a variety of everyday situations. She examines the inner workings of social systems in relation to the political structures of various countries and national events of historic proportions. Razavi reacts to and explores the agency of objects and systems as they act upon her and as she documents and records them.

The exhibition is supported by The Cultural Endowment of Estonia and by the city of Tartu, TYPA centre (formerly The Estonian Print and Paper Museum), Frame Finland, Kone Foundation, Nordic Culture Point and KUMA Brewery. 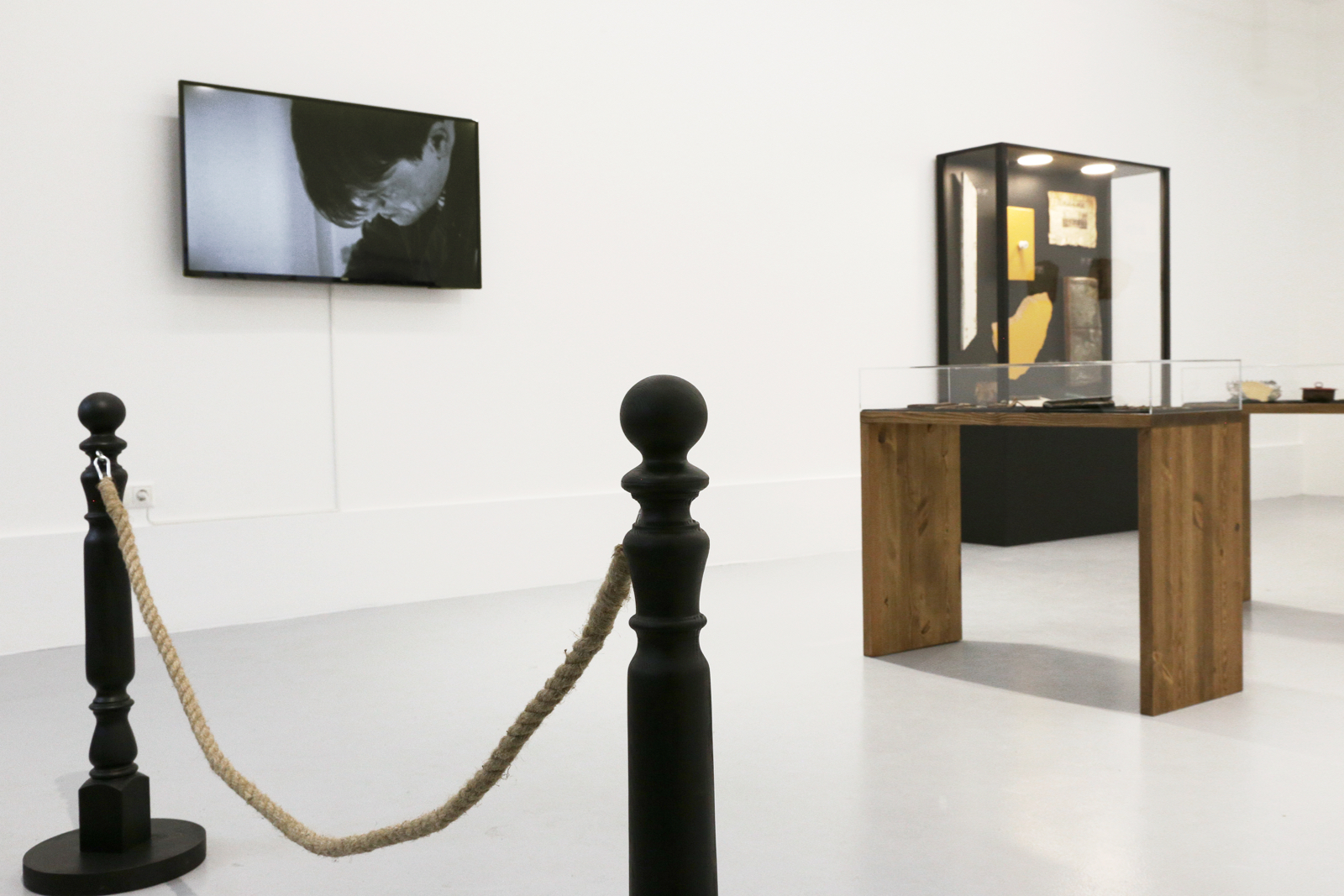 Blending the heraldic with the optical, August Krogan-Roley’s Empty Coats each present themselves as a pictorial game. Littered with cues – winding roads to follow, carved out recesses to occupy, and barriers mounted to intrusive vision – they stem from the artist’s ongoing interest in the compositional mechanics of world-building. One of the strongest influences upon this body of work is the organisation of pictorial space found in medieval coats of arms. In particular, carved stone artefacts in the Raidkivimuuseum (Carved Stone Museum) in Tallinn have exerted an important influence on the development of this body of work, although any reference to such objects are indirect. Krogan-Roley’s interest lies not so much in the specific information these artefacts have been coded with, but rather in the visual frameworks created to contain such information.

The apparent ‘emptiness’ of his coats of arms, their lack of an identifiable ceremonial or martial purpose, instead reflects the role this class of objects play as semiotic vehicles. Conventions such as the division of a surface into two or four separate areas were originally created as a way to accommodate ever more complex sets of social significations. Reflecting layers of genealogy, the inter-marriage of families, and titles bestowed upon individuals, heraldry had to accommodate ever-growing amounts of specific information. This is information that the Empty Coats deliberately removes in order to explore the dynamics of picture-making where such conventions afford. They repurpose heraldry for a secular age, rendering it in materials scoured from the artist’s nearby surroundings.

The exhibition is accompanied by August Krogan-Roley’s new artist’s book by the same title with 24 reproductions and a text by Neil Clements. The publication is designed by Indrek Sirkel and published by Lugemik. The international book launch will take place on September 21 at NY Art Book Fair 2019.

The exhibition is supported by The Cultural Endowment of Estonia and by the city of Tartu. 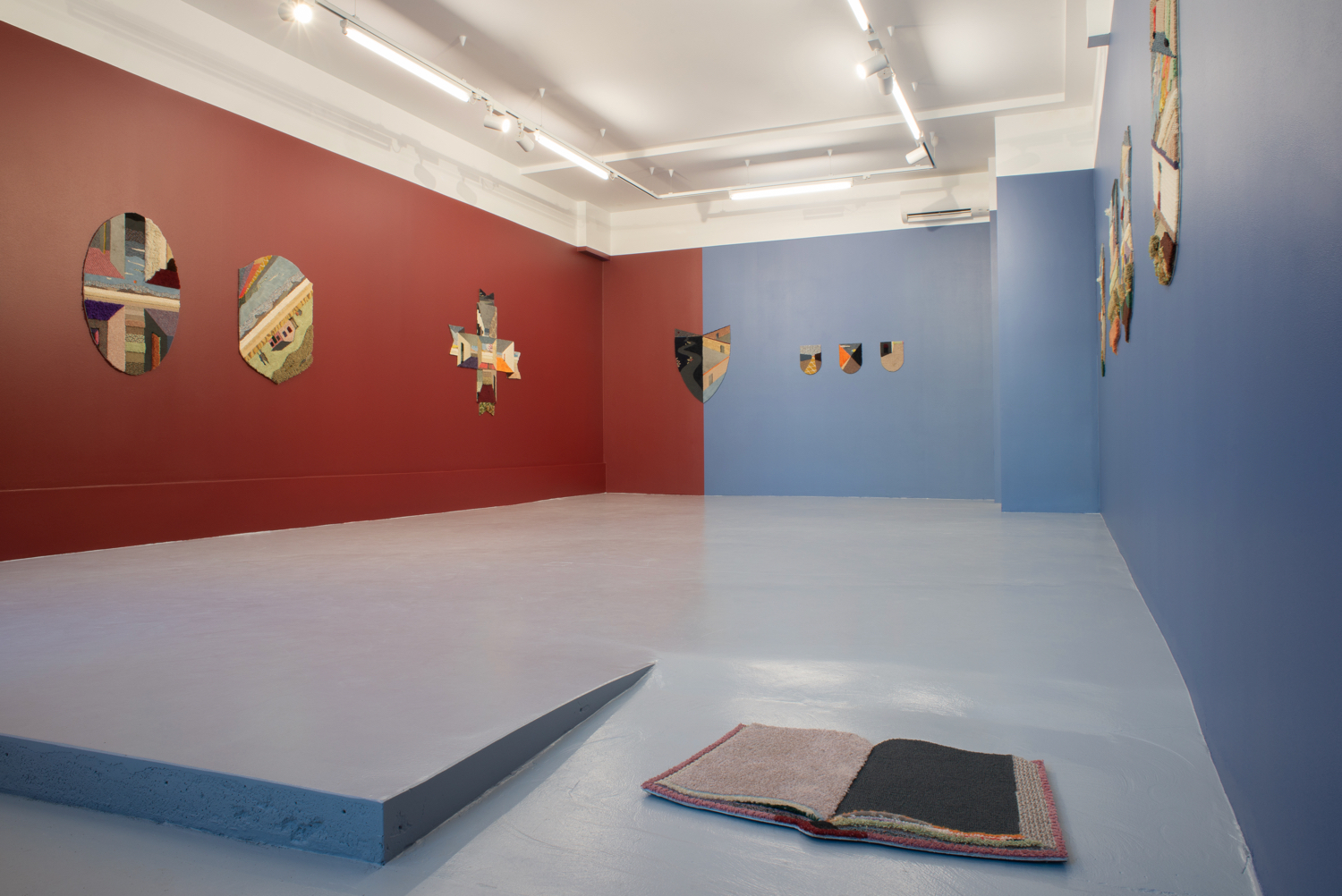 Unseen is a leading annual event for contemporary photography, that aims to celebrate artists, both emerging and established, who push the boundaries of the medium.

Our participation at Unseen is supported by The Ministry of Culture of Estonia and the City of Tartu. Production of the new works is supported by Estonian Cultural Endowment. 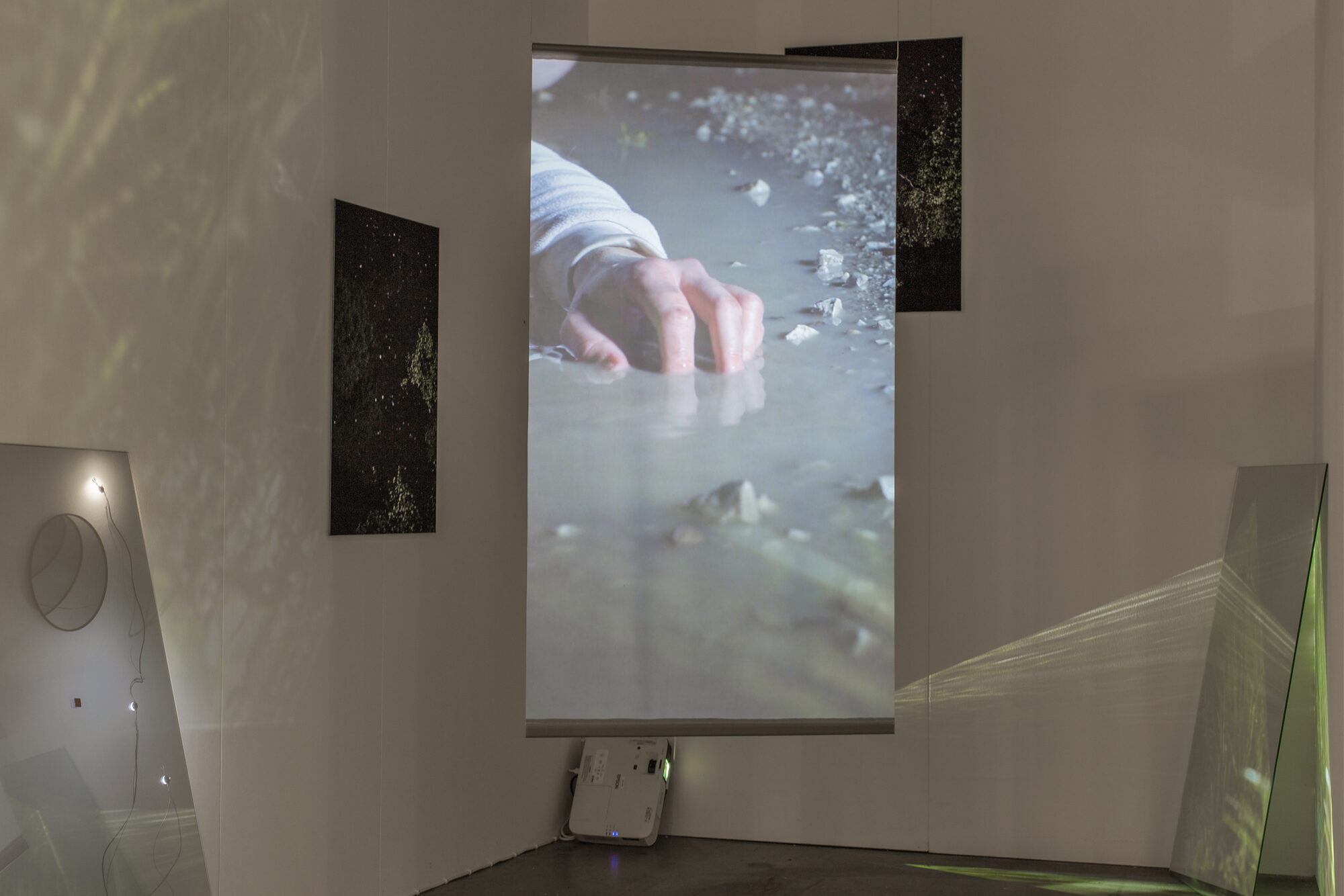 Past
Johannes Luik
Memory of the Future

By imagining the future we create a form that we can fill with details. But how do we sense the past? We should keep in mind that the perception of memories is not linear – moments emerge that shape one’s own experience.

Currently, my home, the place where I live, is not my real home. When I think about home, I see a constantly changing image – a collection of my experiences and preferences – a memory of the future. Such an image about my home exists in my mind in supreme perfection – always the way I want it to be.

At the exhibition, I study the gaps in memory – negative spaces of thought. Positive has disappeared or has not existed, but the image still affects me. In the spaces of thought, this missing part is adjoined by everyday doings and objects. The negative has dug its roots deep ínto my memories and thus affects my perception and my everyday activities.

I will create an installation – a psycho sculpture – that reflects the essence of the memories of the future.

Johannes Luik (b 1988) graduated from the Estonian Academy of Arts with a focus on installation and sculpture and he currently lives and works in Tallinn. 2017 (with Siim Elmers) and 2018 he won Grand Prix of the Young Sculptor Award.

In his art, Johannes Luik subjectively describes impressions and spaces. His works find expression in different media but always relate organically with space. His method is to study the relationship between (abstract) objects in a three-dimensional architectural space and the functional relationship between architectural details in those objects. This is how Johannes Luik deals with space as a material that, when activated, can create different ways of experience and memory.

The exhibition is supported by The Cultural Endowment of Estonia and by the city of Tartu. 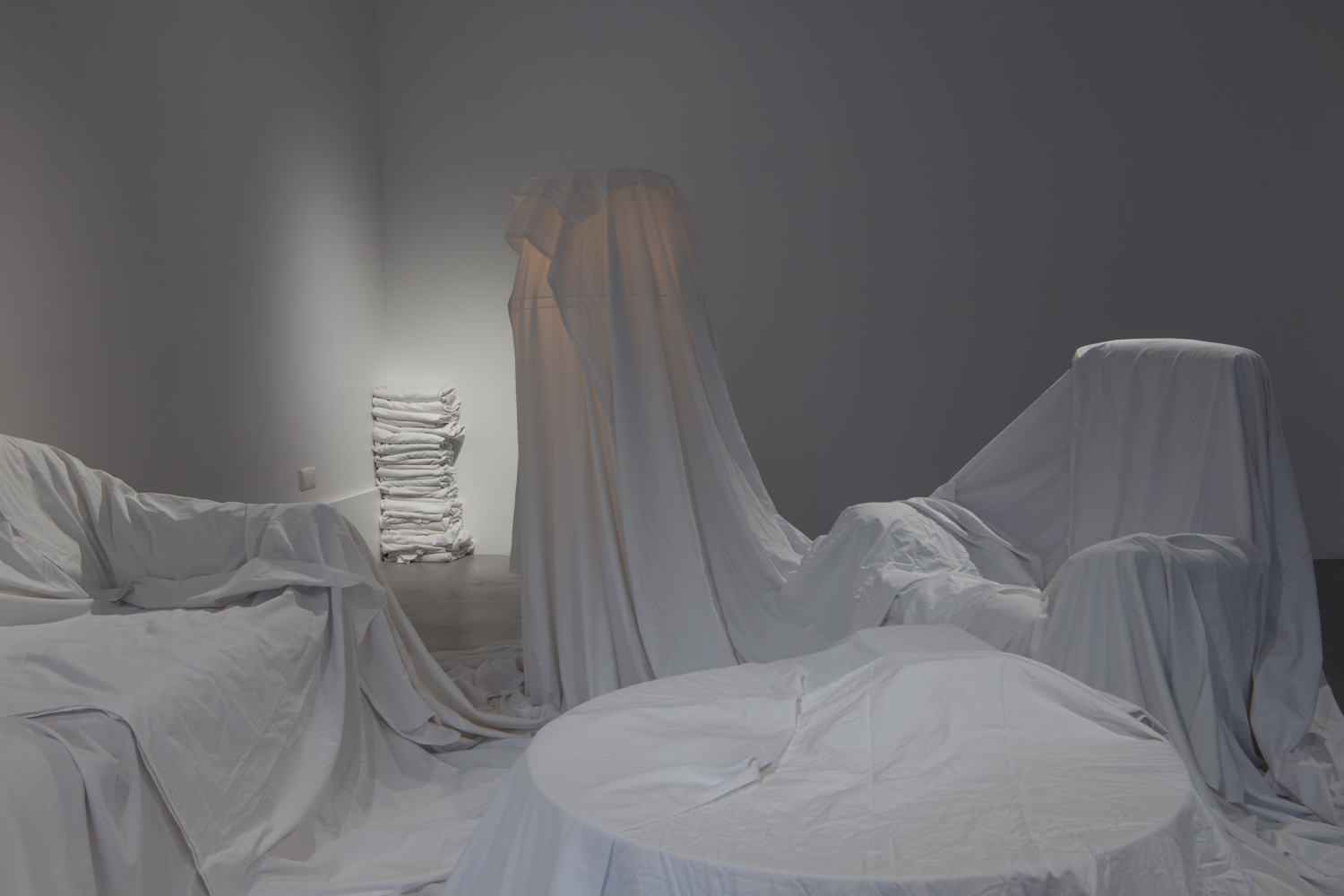 Past
Congregation of Chaos
Retrospective

“Retrospective” is a collaborative exhibition by witnesses to the permanently transient immeasurable manifestation of the omnieternally disappearing and emerging chaos. As a spontaneously flowing spatial installation, the exhibition aims to look back upon the perpetual conflict between humanity and the universe, which has been tormenting men from the moment the first human hand reached for a stone axe. Imitating the ambitious, alas hopeless fight of humanity against unrelenting Chaos, the Congregation of Chaos investigates essential primal matters on experiencing the human condition and seeks reconciliation with an endlessly unfathomable universe.

Stepping outside the harrowing boundaries of knowledge and shunning expectations for success – we are free. Actualizing boundless self-potential, without self-imitation or endeavour for a static (artist-)image, we deconstruct the meaning of our creative output as well as our own selves. Congregation of Chaos’s “Retrospective” is a deconstructive process, which refrains from concentrating on authors, works or references and meanings between, but instead creates a spontaneously changing common space filled with the pure flow of boundless creation. Missing are the borders between a concrete work, a medium, and an author. The spatial installation evolves and devolves spontaneously, transmuting form and meaning. The void behind the witchstone flashes just for a glimpse and dissolves again into rubble. Members of the Congregation of Chaos realize the intrinsic human right to err and to improvise and thereby reconcile the humankind and the universe. Rock On!

The exhibition is supported by The Cultural Endowment of Estonia and by the city of Tartu. Thanks to Värska Vesi. 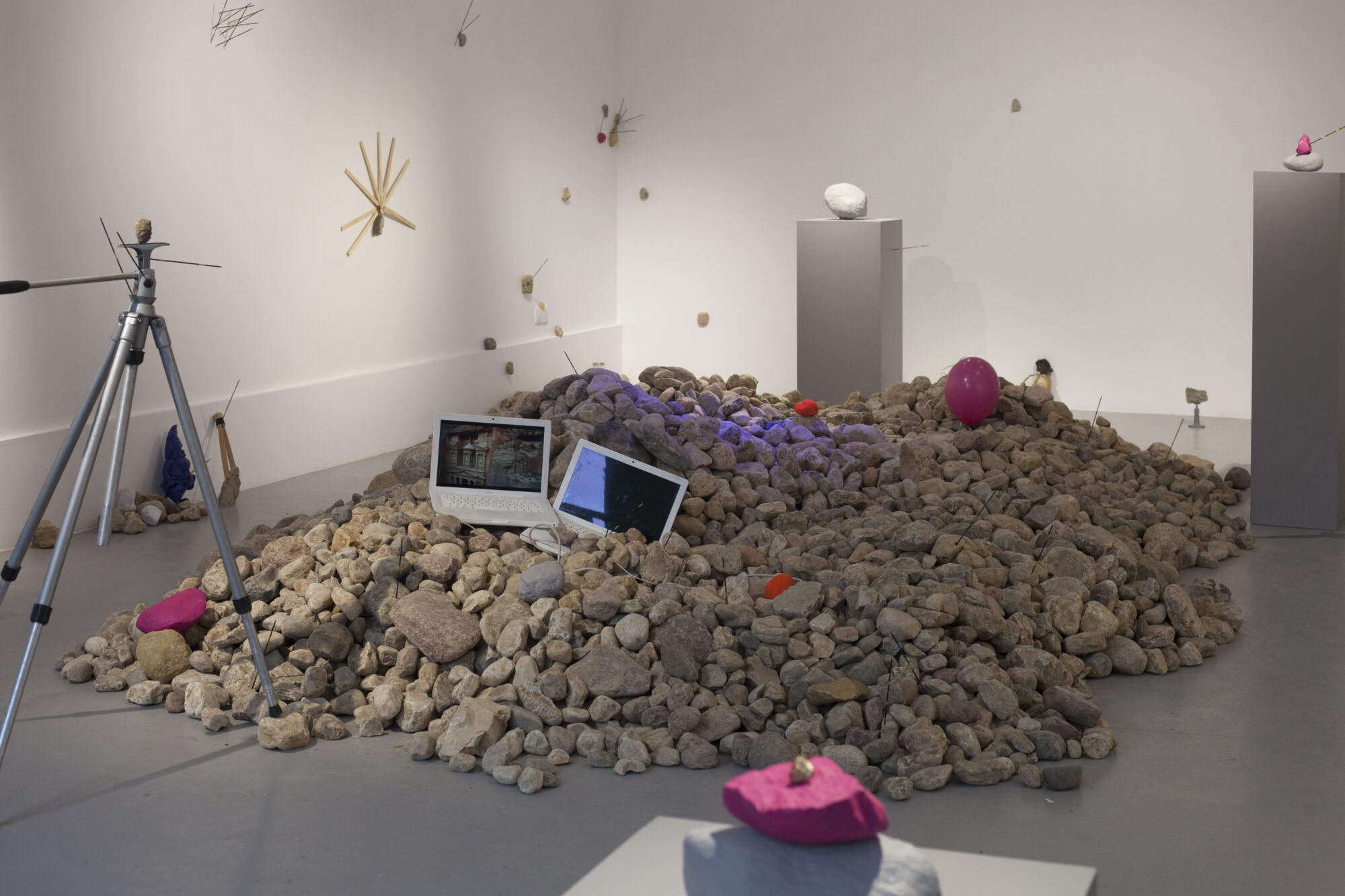 Past
Ede Raadik
Sailin' on the Red Sea

For her new solo exhibition, Ede Raadik will transform the gallery space into a lab of charts and diagrams which are based on smartphone apps that monitor menstrual cycles. The exhibition will provide a close look at the Excel spreadsheet of the artist’s health.

Ede Raadik will continue her path as a feminist conceptualist who turns personal life events into numbers and graphs. The systematized tables and diagrams of smartphone apps that monitor the artist’s menstrual cycle are both homeric and self-ironical. At the same time, these drawings encourage distancing from emotional experiences and see them as typical cases in the sea of life’s Excel. In this way, these intimate events become something era-specific and the personality and drama will fade. The exhibition raises questions about the new anachronistic norms, cybersecurity, the meaning and borders of personal and public, which have changed significantly in the age of smart devices.

Ede Raadik graduated from the Department of Fine Arts of the Estonian Academy of Arts; she lives and works in Tallinn. Her solo exhibition Sailin’ on the Red Sea is open at Kogo Gallery, in Widget factory, Tartu, from April 4 to May 11. The exhibition is open Wed–Fri 12pm to 7pm and Sat 12 pm to 6pm.

The exhibition is supported by The Cultural Endowment of Estonia and by the city of Tartu. Thanks to Purtse brewery. 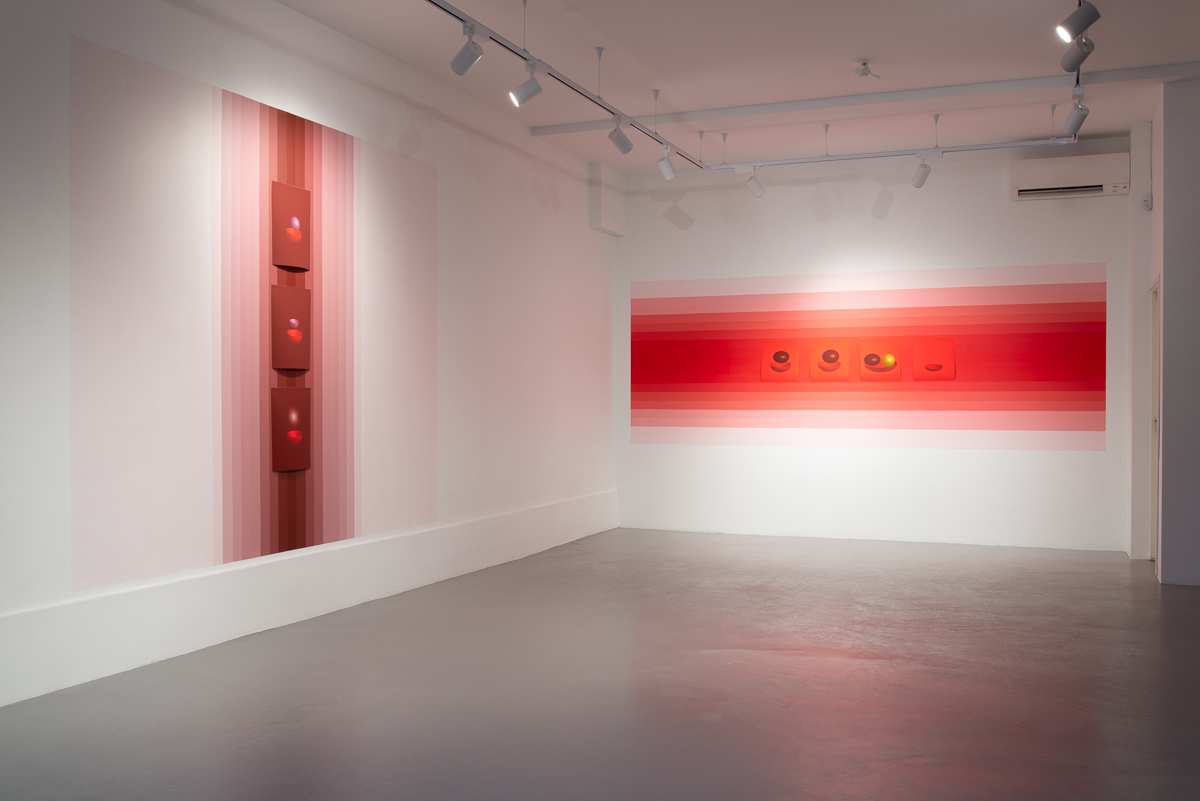