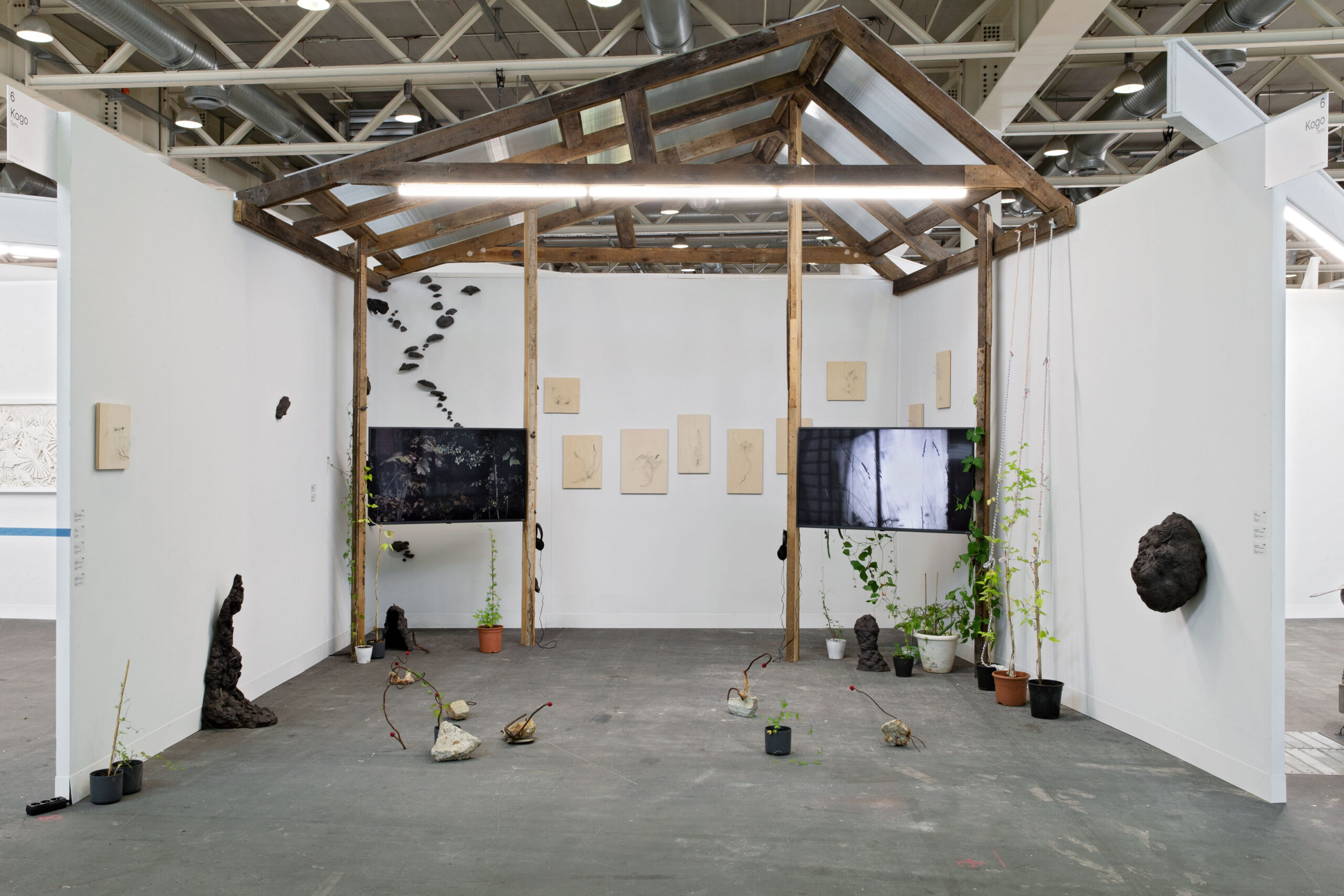 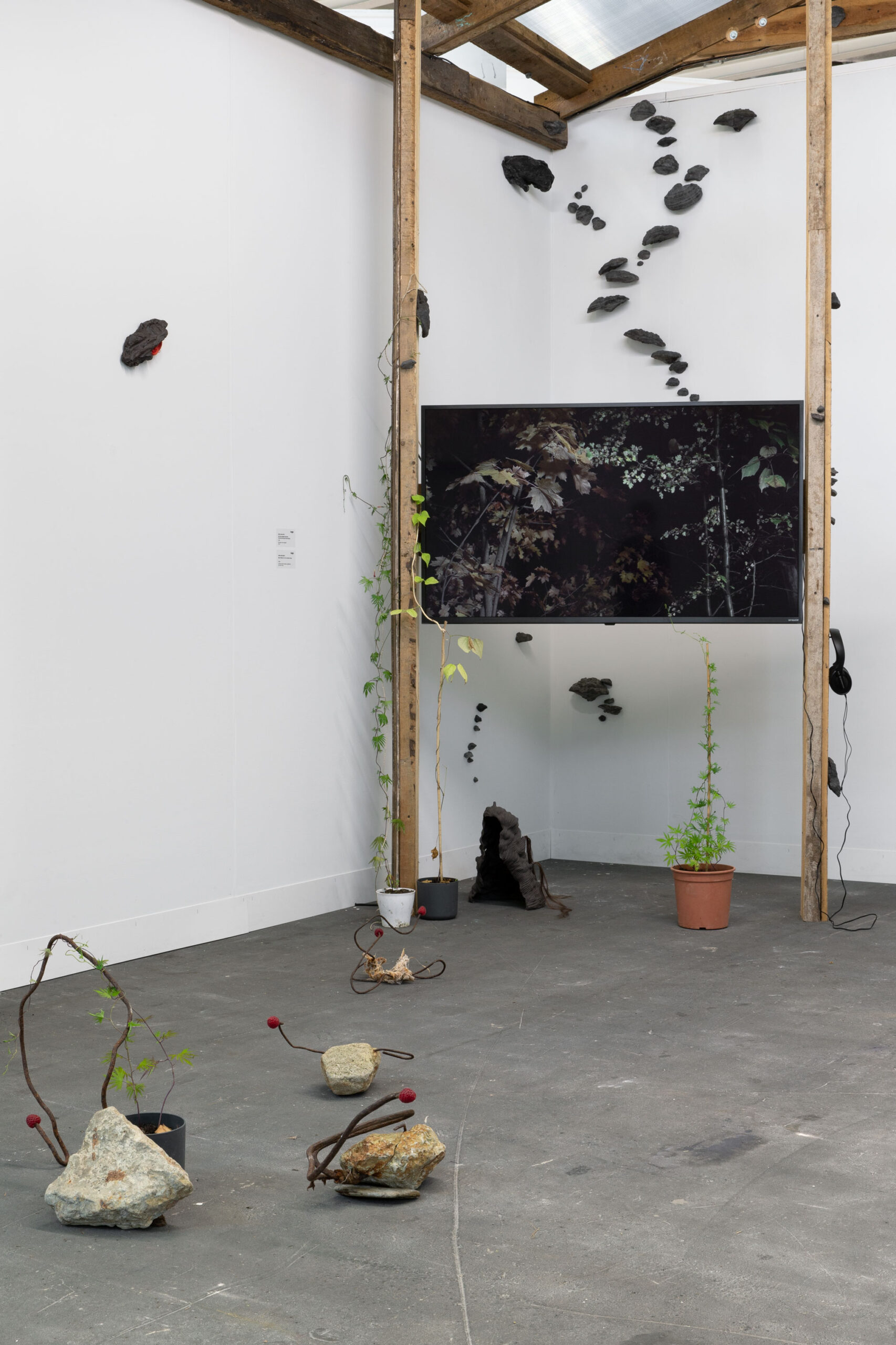 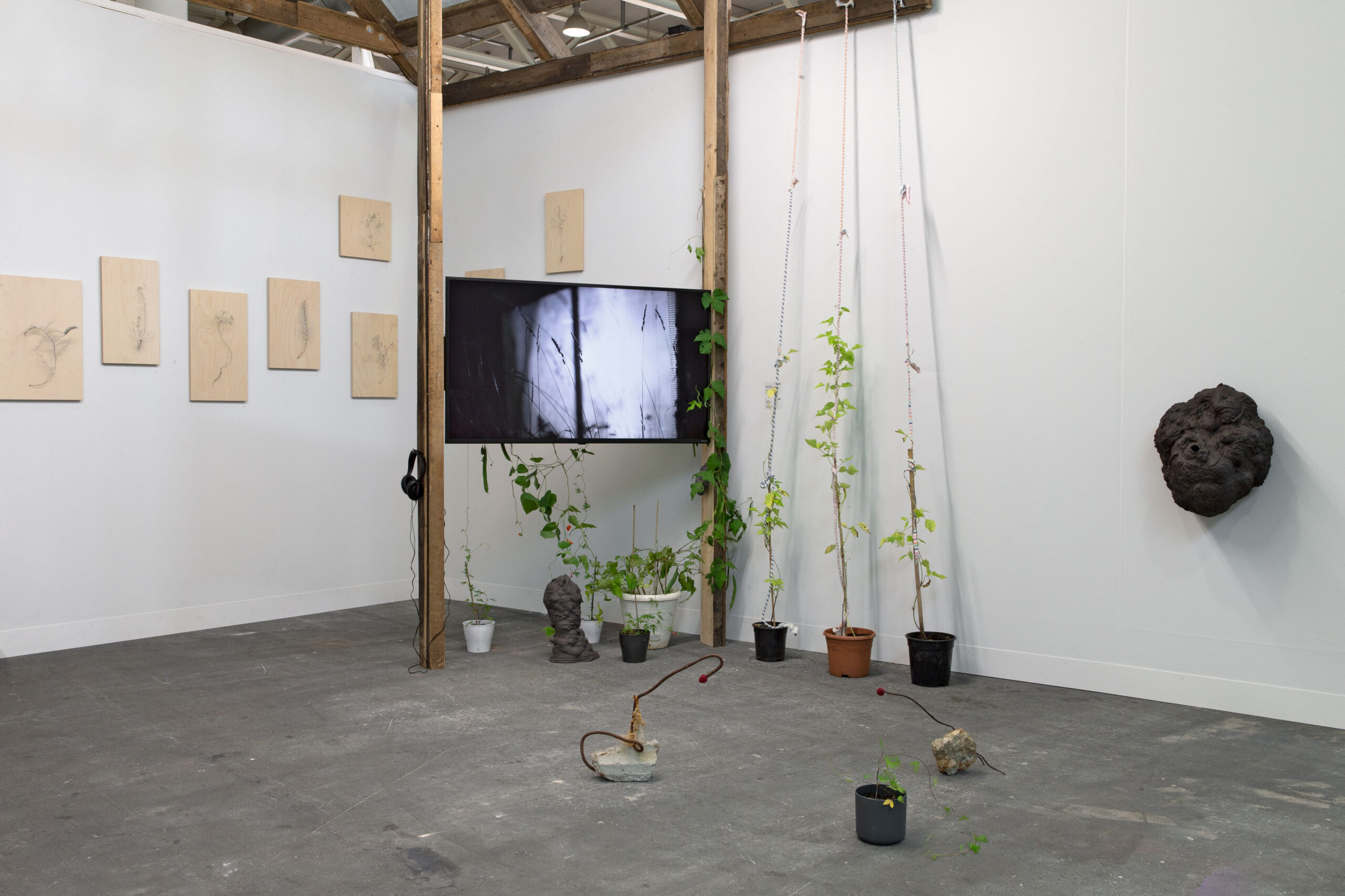 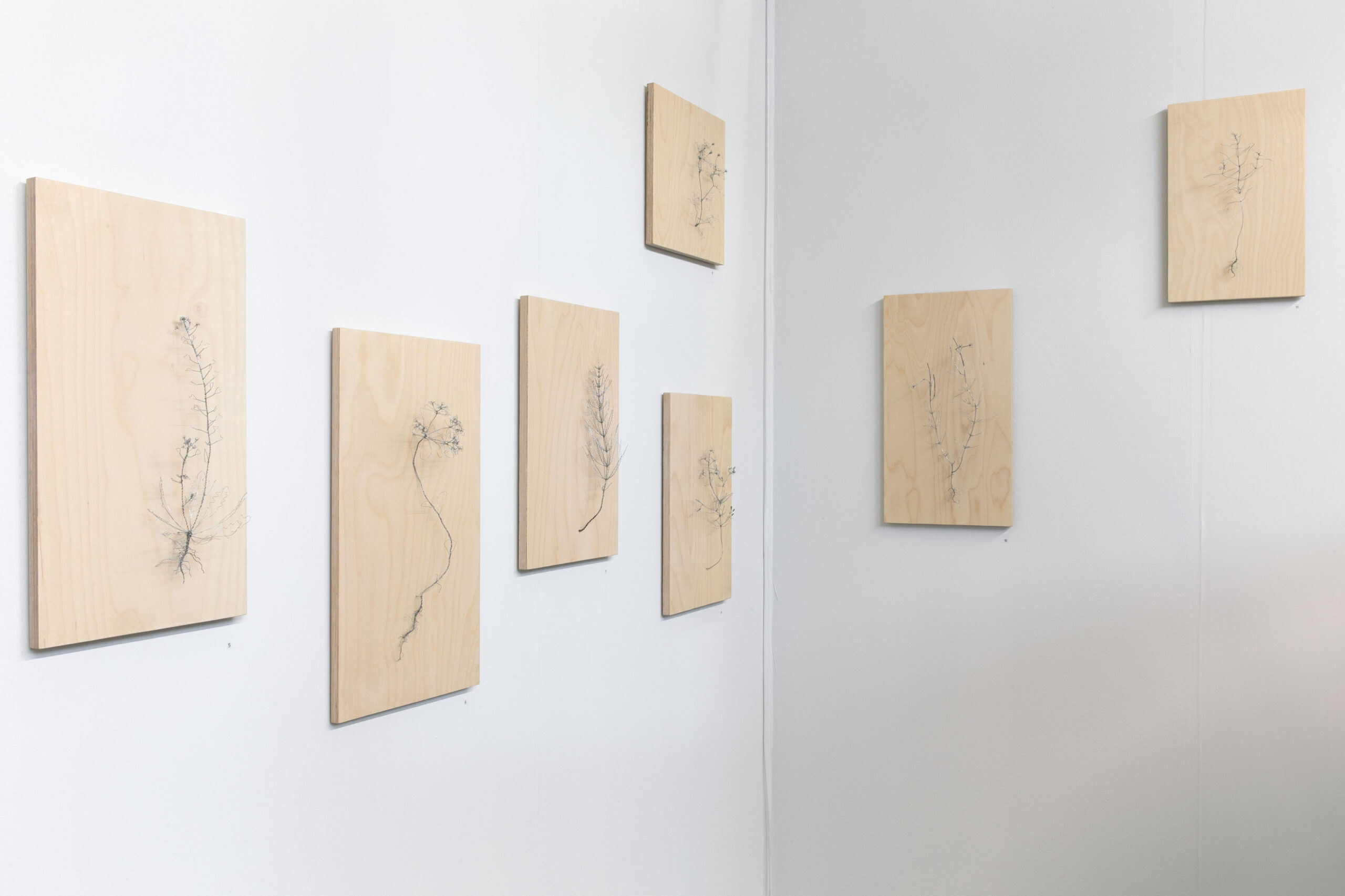 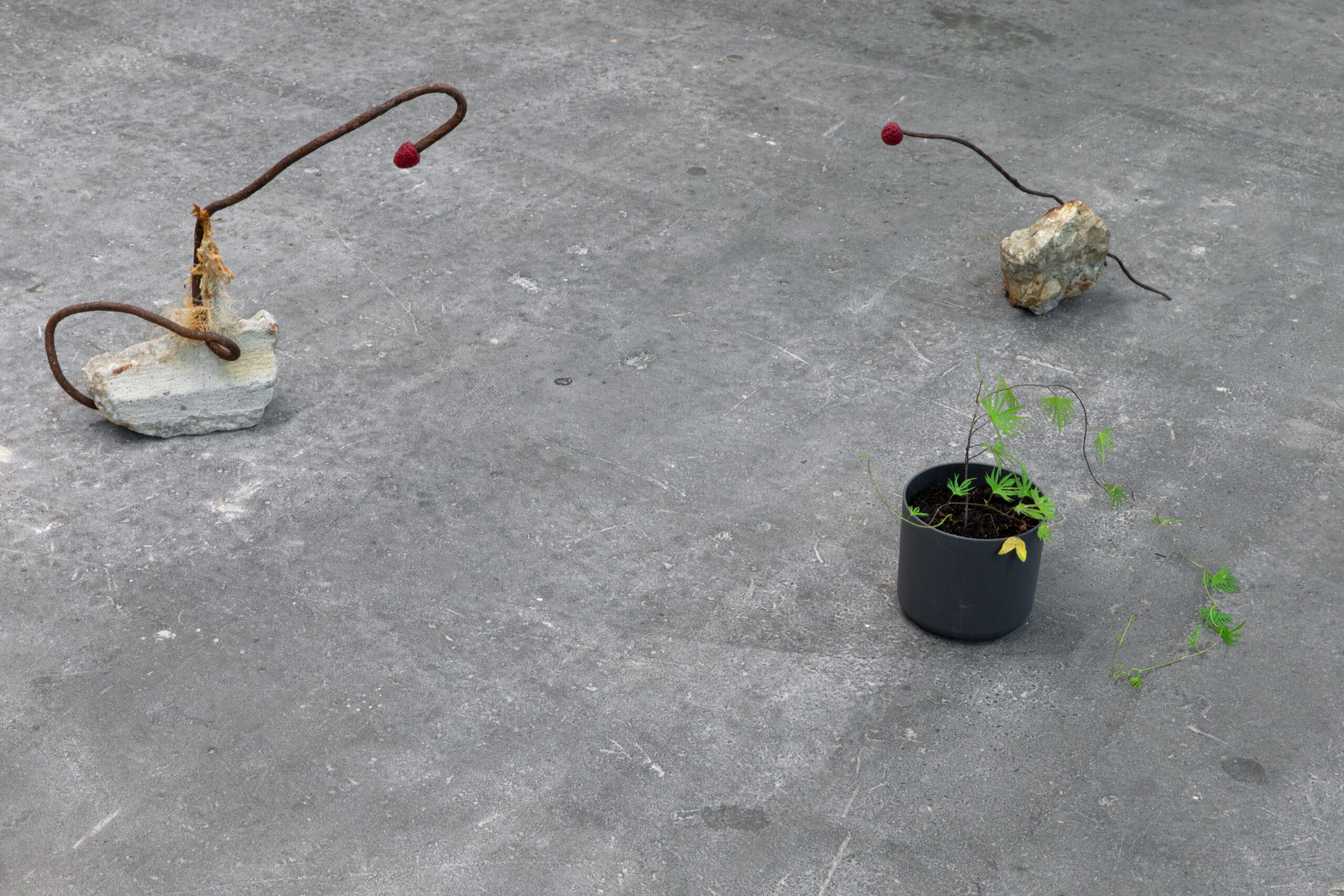 Kogo gallery is honoured to be selected to participate at this year’s Liste Art Fair Basel, the world’s most significant art fair for young galleries. Kogo presents the works of two Estonian artists, Mari-Leen Kiipli and Eike Eplik.  Both artists are deeply fascinated by nature and its complicated relationship with humankind. The stand will be built as a greenhouse serving both as a metaphor for a fantastic escapism garden and place of care as well as a symbol of human control and our overheating planet. The gallery will present videos by Mari-Leen Kiipli and sculptural works by both artists, all accompanied by living plants.

The fair takes place on 20 – 26 September, 2021, in Basel, Switzerland, parallel to Art Basel on 23 – 26 September. On the online platform Liste Showtime Online, the gallery introduces Mari-Leen Kiipli and her works.

The stand is built as a greenhouse which itself is a great metaphor for all the good and bad impacts humankind has had. It can represent an escapist fantasy garden and a place of care. At the same time, anyone interested in environmental issues will know how poisonous greenhouse gases are to the atmosphere. The construction itself takes its inspiration both from previous installations by Kiipli as well as old gardening districts in Estonia. Particularly relevant is the almost demolished Chinatown area in Tartu. These places, which serve as summer gardens for working-class people living in tower apartment blocks, are slowly being taken over by developers, a process which, in the context of the current green community movement, seems regressive. For now, these communities are still there – with sheds and greenhouses creatively assembled together from found materials, just like the installations of Kiipli and Eplik, which are often built in several layers like eclectic birds’ nests.

Mari-Leen Kiipli likes to express her poetic relationship with nature through slow-motion video installations. In her videos, she avoids a transparent narrative. Instead, she focuses on cognitive qualities sharpening the viewer’s attention toward light, transparency, reflections, shadows, colour, sharpness, texture, movement and sound. She likes to capture the movement of water, bushes and trees partnering them in a dance with the human body.

The artist’s sculptural installations are inspired by lush urban and natural landscapes. They are constructed from small man-made elements like pieces of concrete, rusty armature as well as natural elements like wild berries. Creeping plants that are added to the installation give the impression that nature is trying to take over the greenhouse in an attempt to break free.

Eike Eplik presents sculptural works made using clay, plaster and bent metal wire on wooden boards. Her work can be described as microworlds inhabited by fantastic creatures like bestiaries in combination with organic forms including different plants, fungi and cones. In her earlier projects, these forms resembled piles of mud, but in Eplik’s more recent work they have slowly started to become more anthropomorphic. Finally, they turned into biomass representations that she titled ‘Ghost in the Corner’ as a representation of nature in its present dangerous state.

Eplik’s newest project Do You See Them As Well (2021) with bent metal wires as the main form introduces a new chapter in the artist’s interpretation of the relationship between humans and nature. The artist uses plants commonly found in Estonian meadows, recreating them with man-made materials. These important elements in sustaining biological diversity are often overlooked and mistreated as weeds. By recreating these plants in fantastical forms, Eplik urges us to ask what the environment we live in is like and whether we think about those we share it with or whether we even know how to share?

In selecting Kiipli and Eplik to represent Kogo Gallery at the Liste Art Fair in Basel, we want to introduce artworks that underline the beauty, strength and healing qualities of nature, yet also highlight the dualities of this world, where elements of nature can turn into poltergeists when provoked and start to haunt us.

The Greenhouse stand in Basel is introduced as part of the Ecology — Economy thread, which runs through this year’s exhibition and public programme at Kogo Gallery. The economics of the human race and natural ecosystems are interdependent, causing environmental changes and social injustices. At the same time, such transformed economics as feminist and green economics could turn our focus towards the idea of greater sustainability, a reconnection with nature, justice between different social groups and care for our world, which it so desperately needs.

Nature constantly shows you that nothing is forever
Una Meistere, Karin Kahre. Arterritory. 08.07.2021 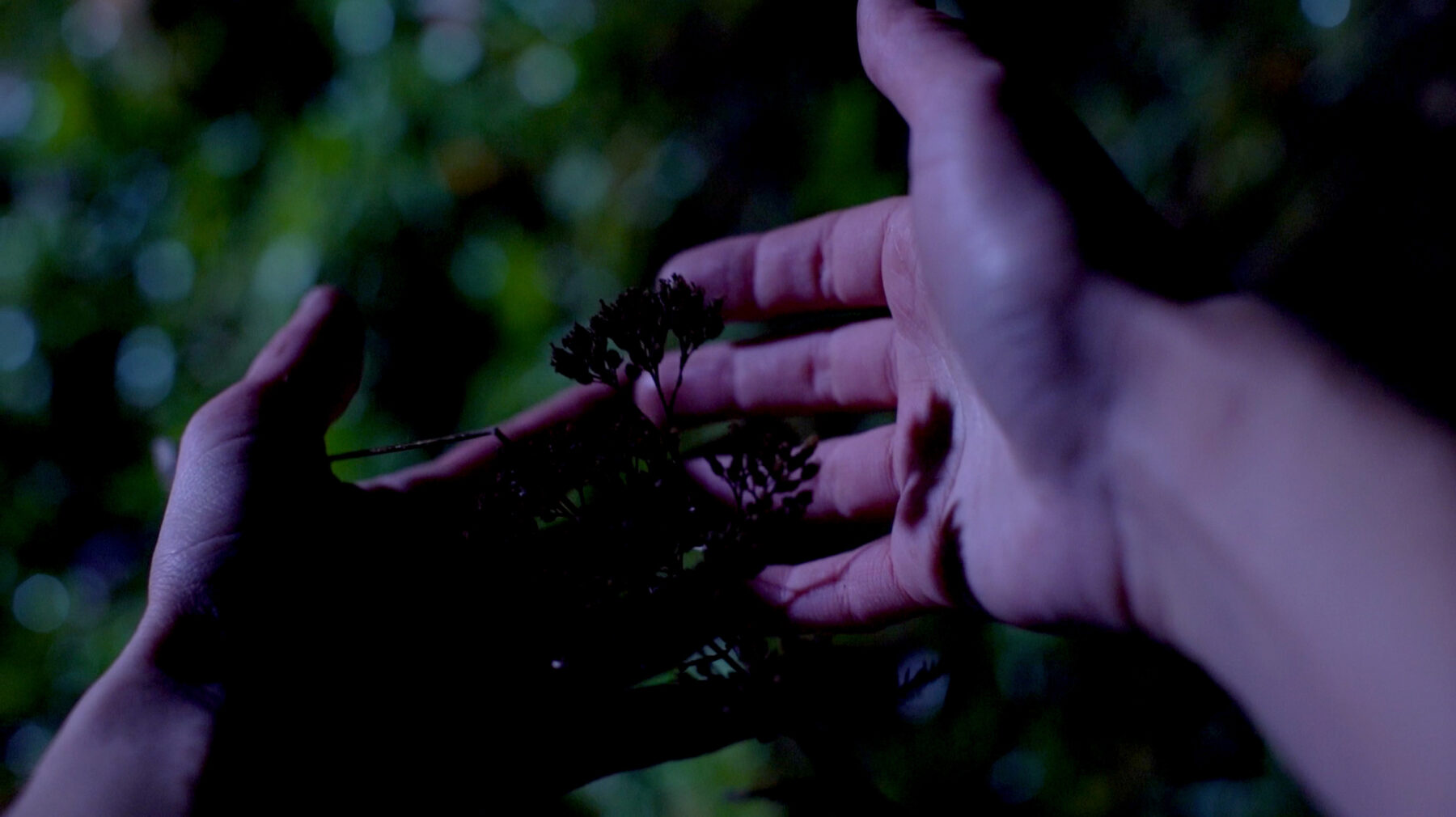 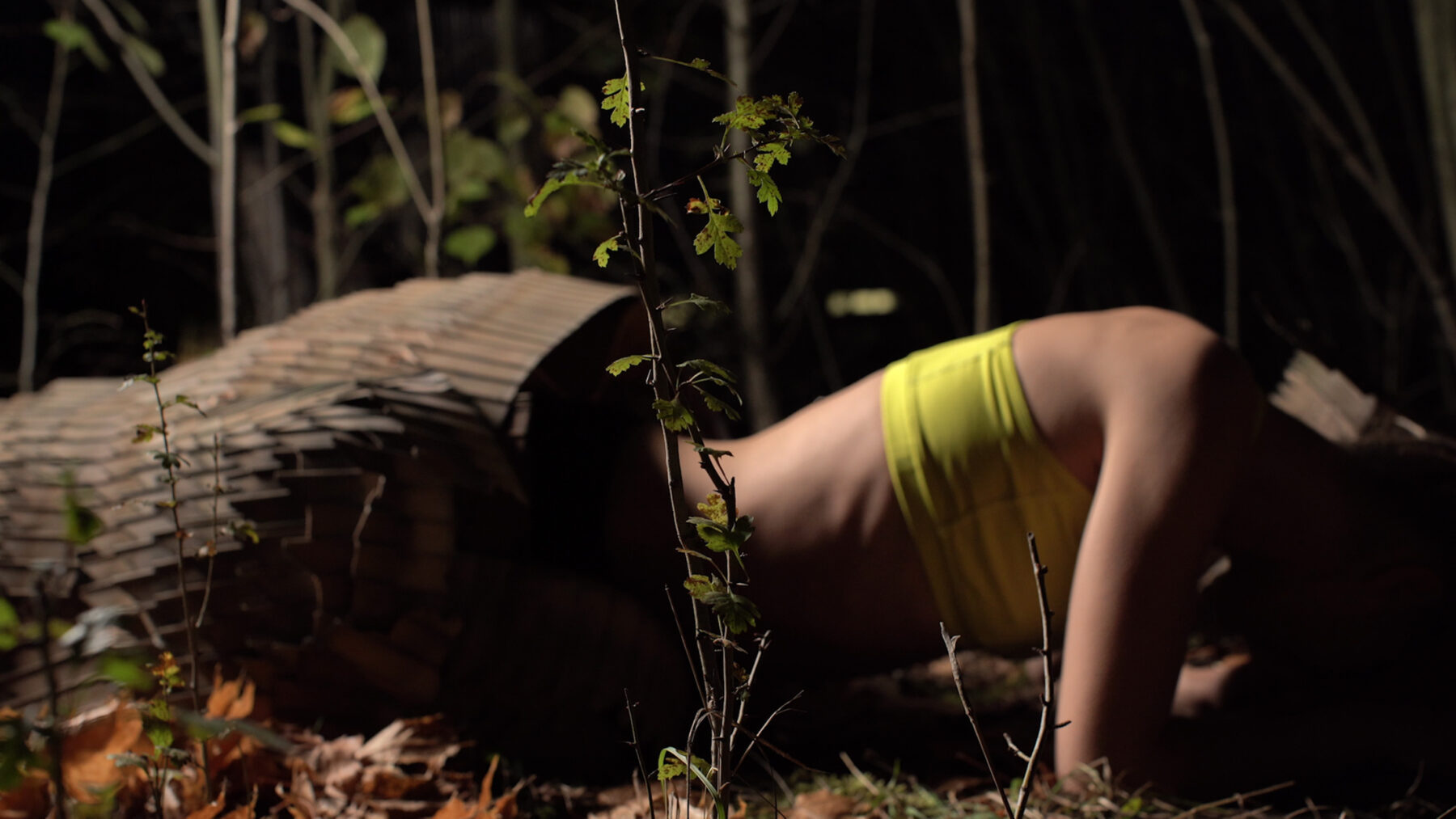 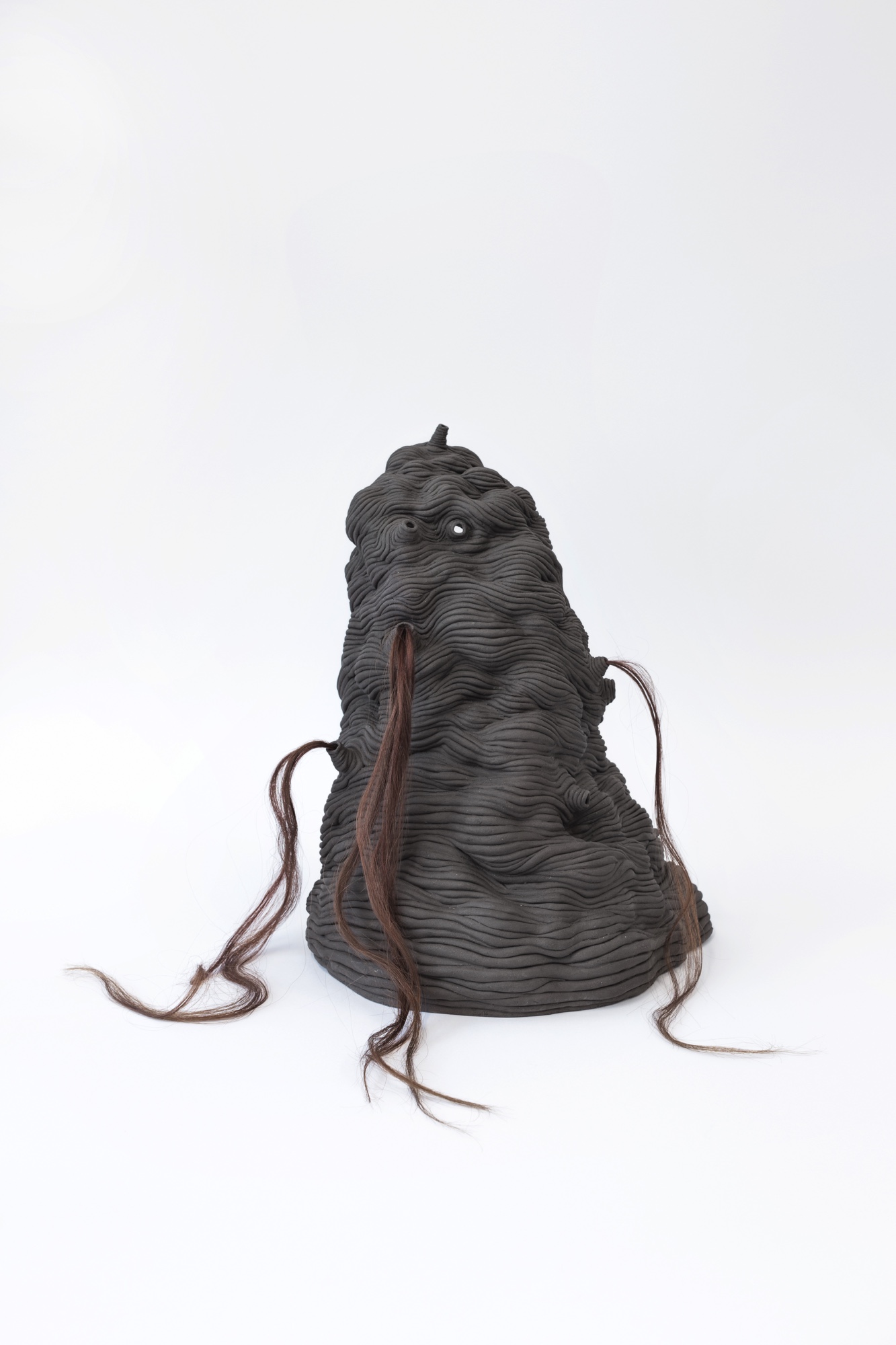 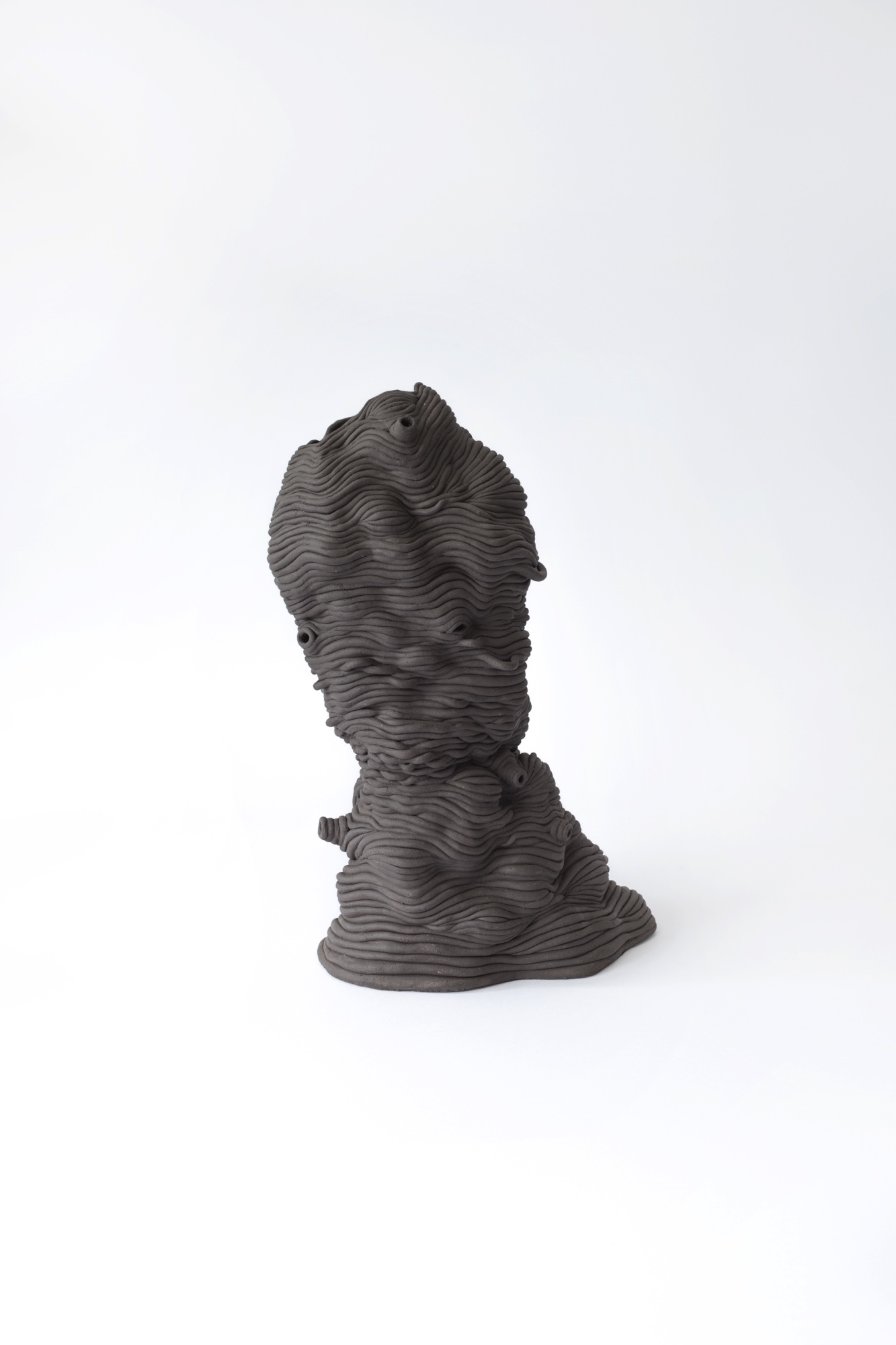 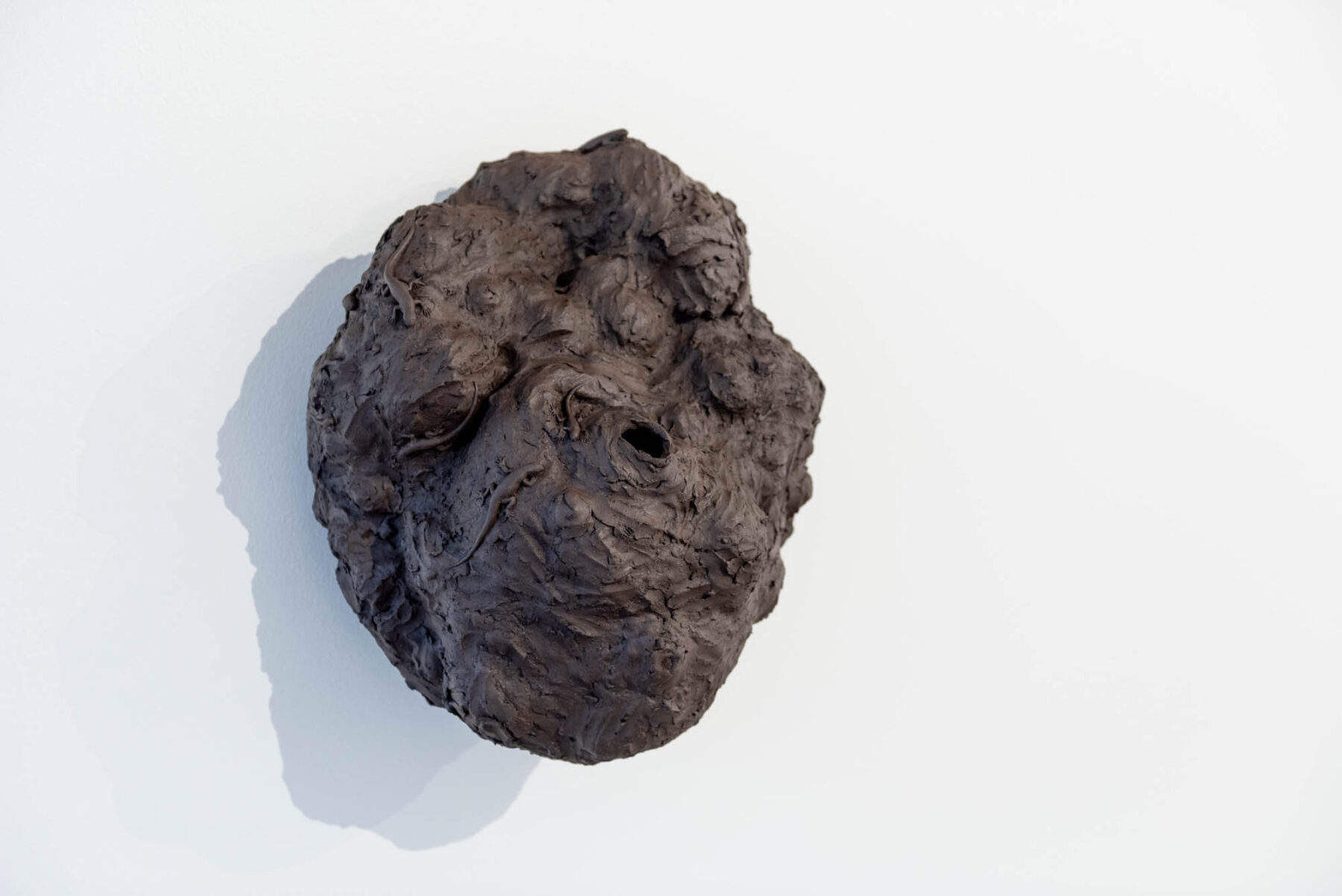 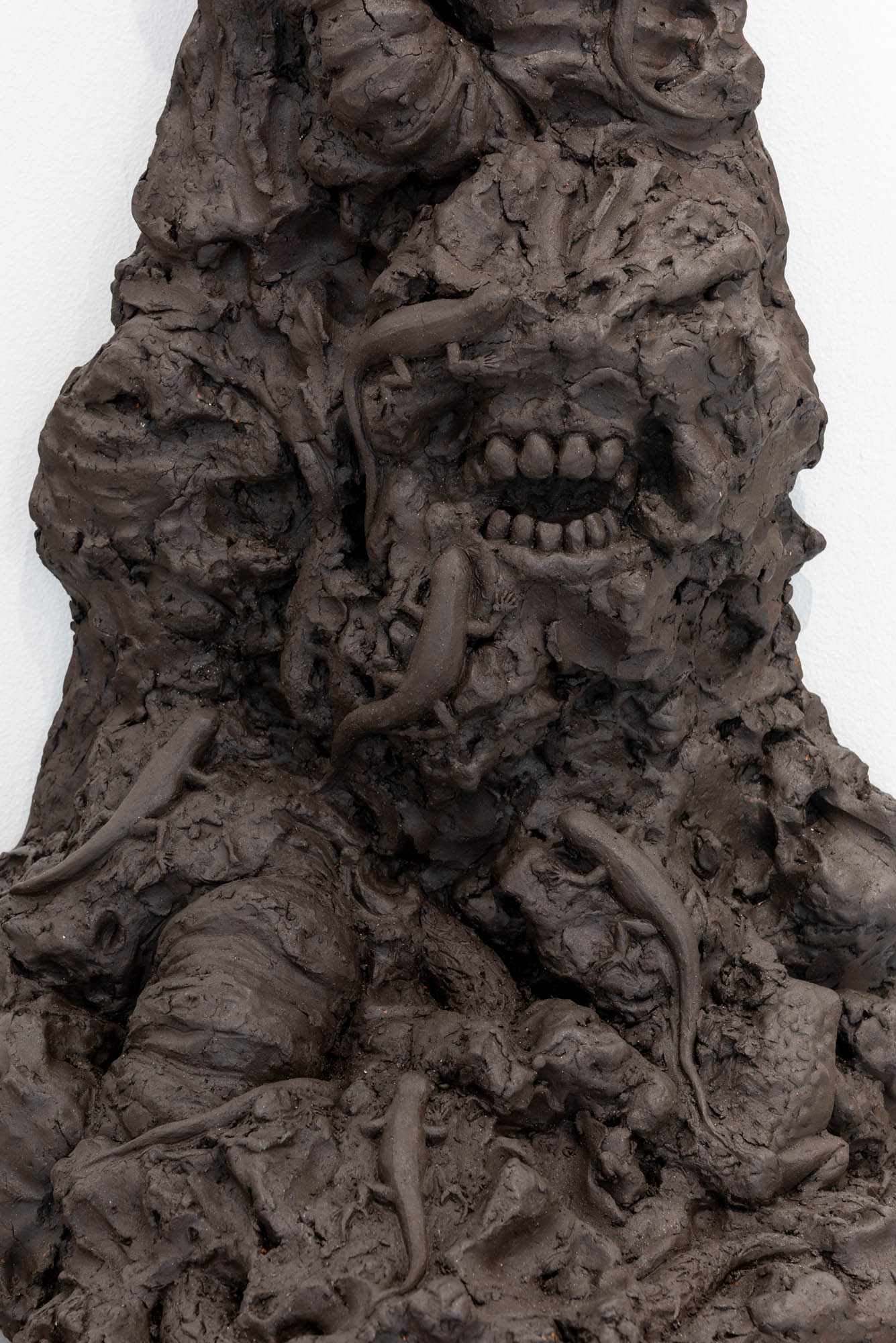 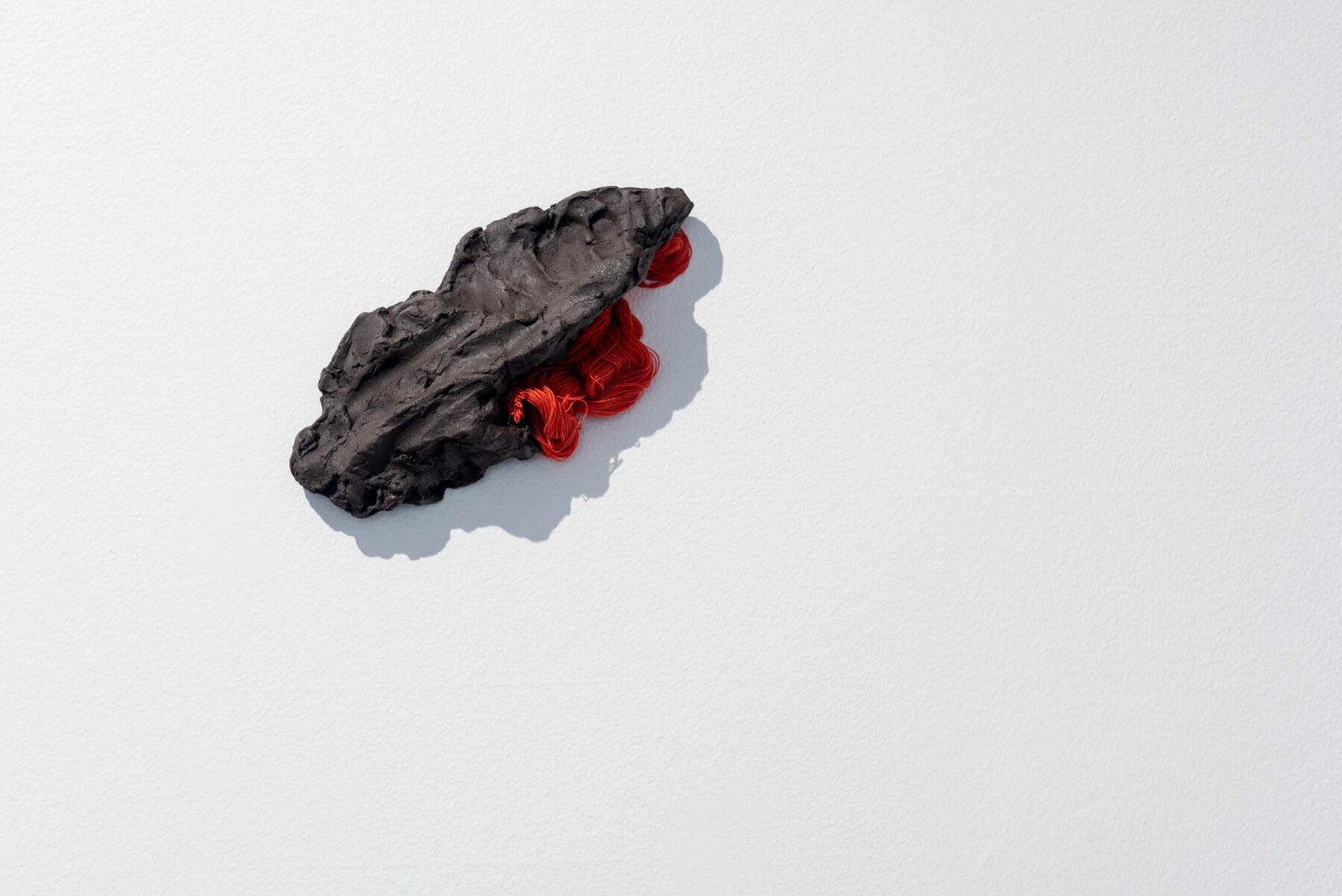 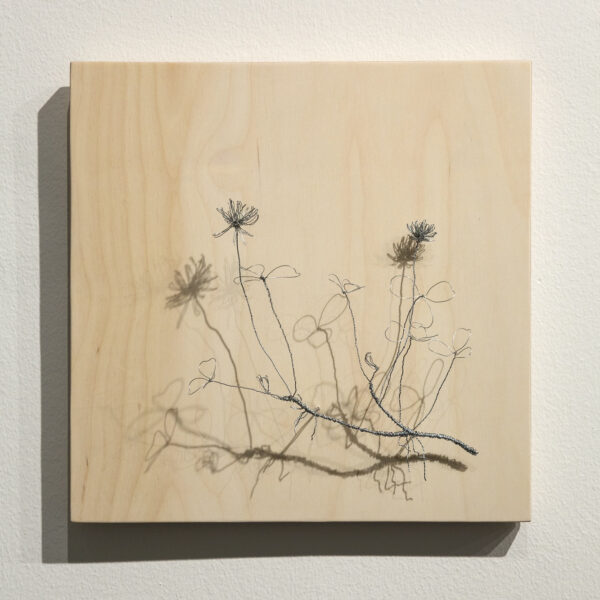 Open the series
Do You See Them As Well?
Eike Eplik
Bend metal wires, wooden board 2021 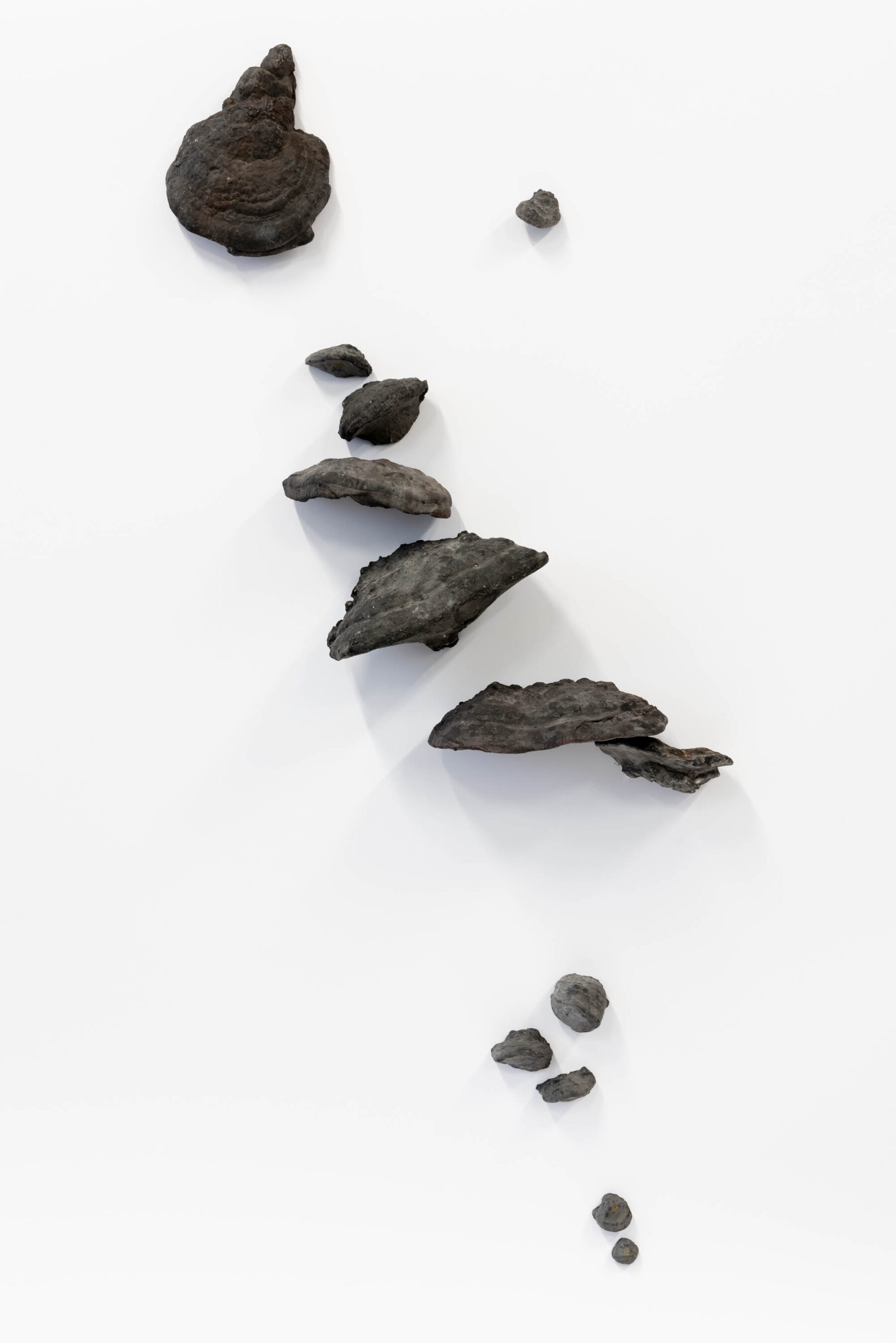 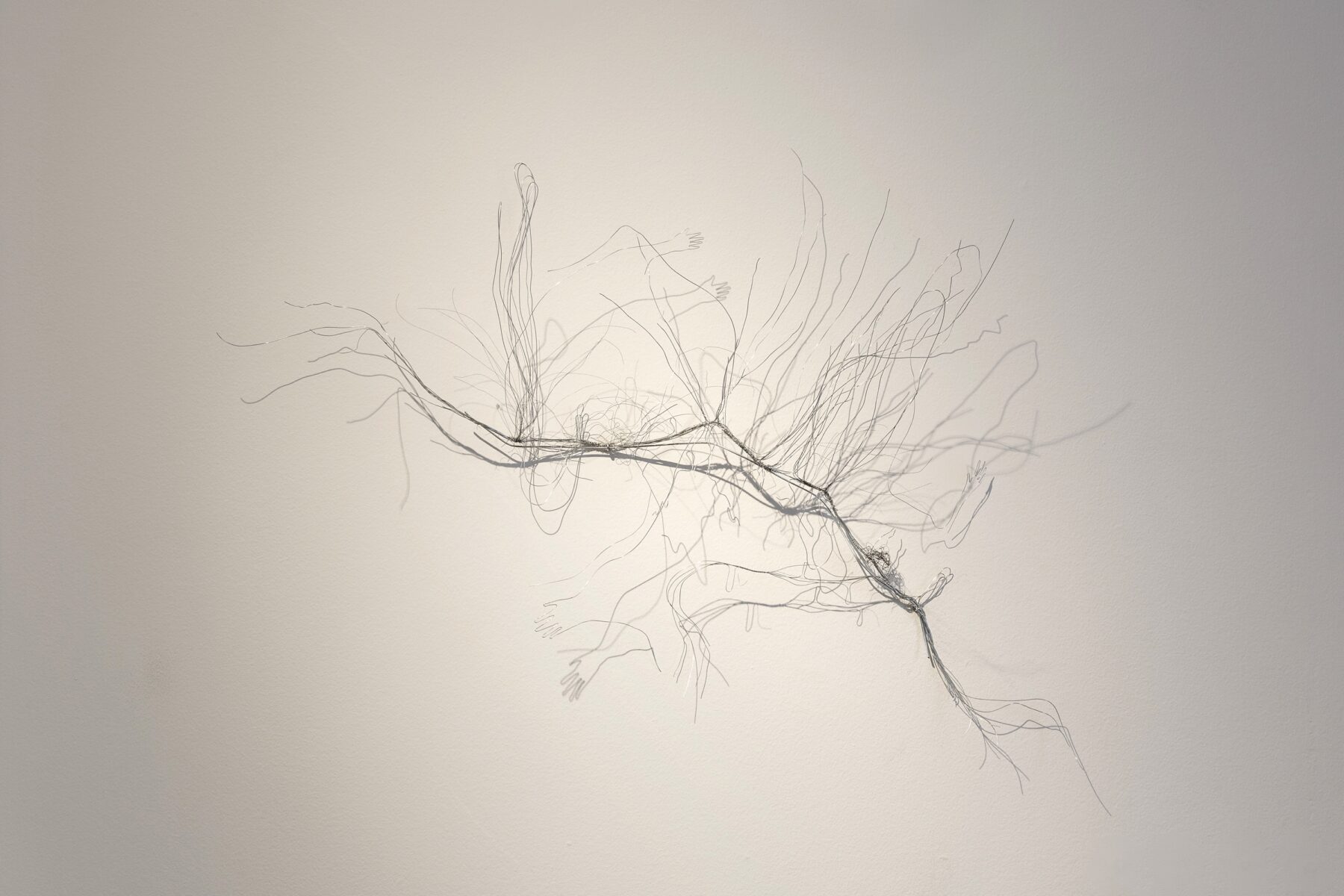 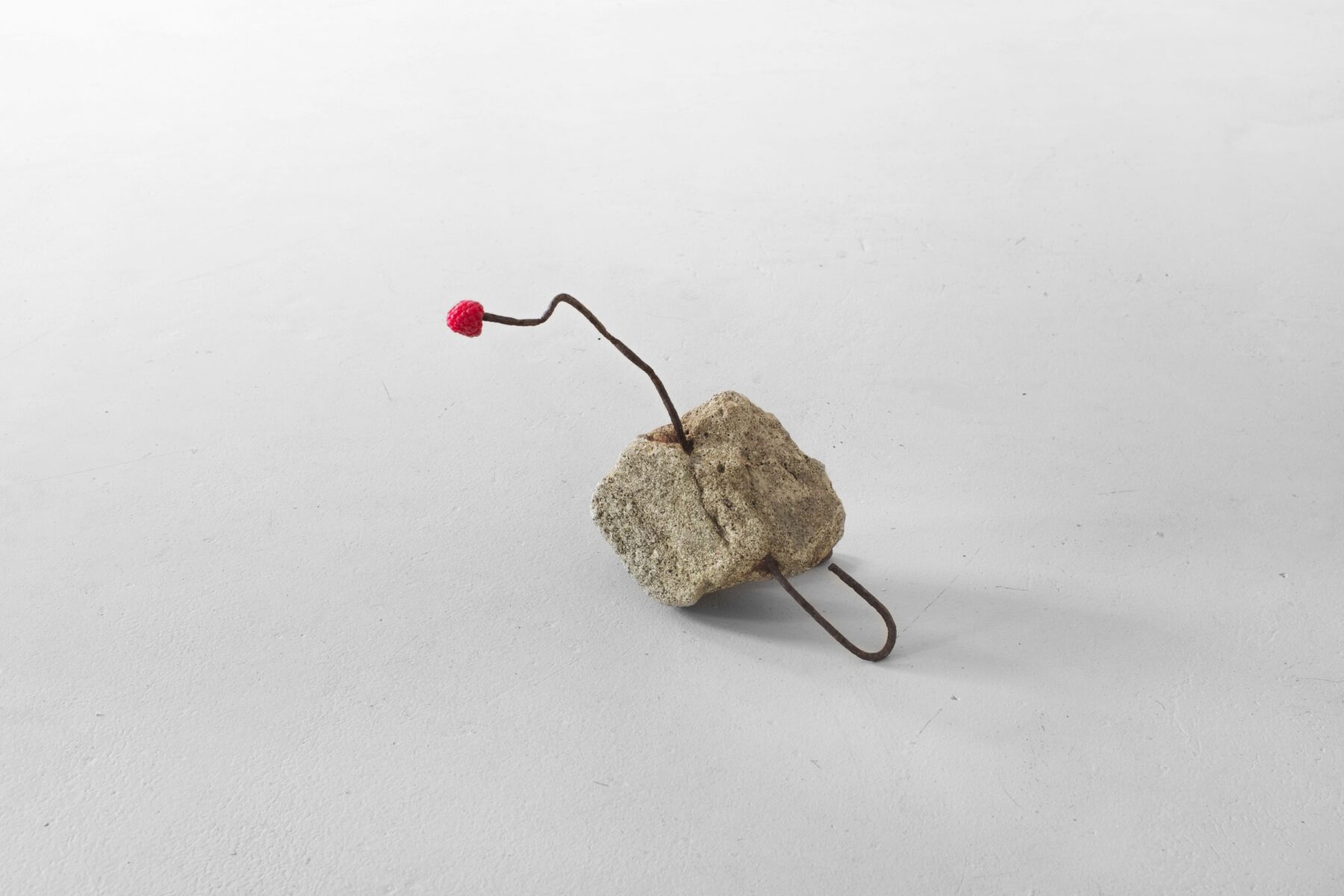 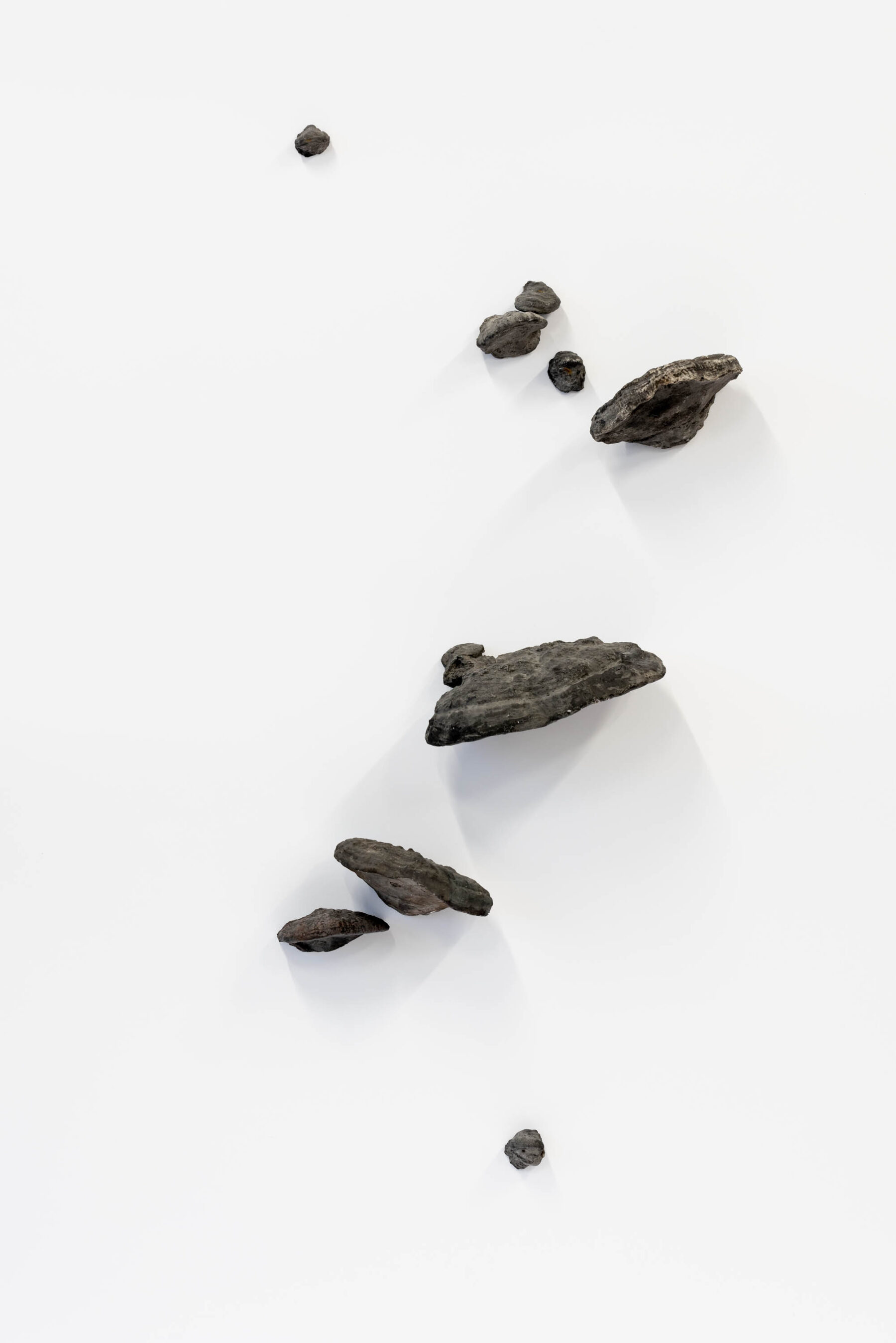 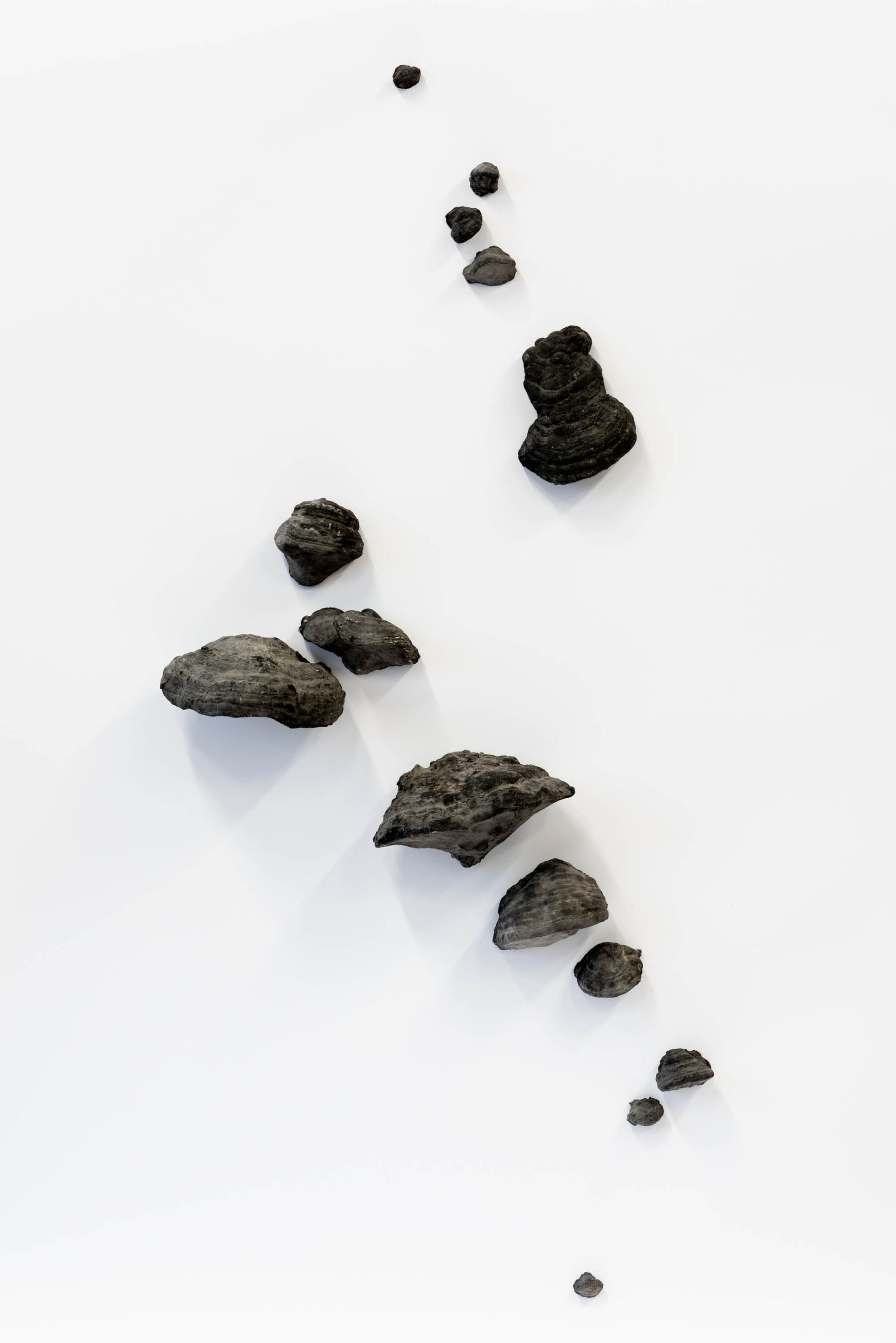 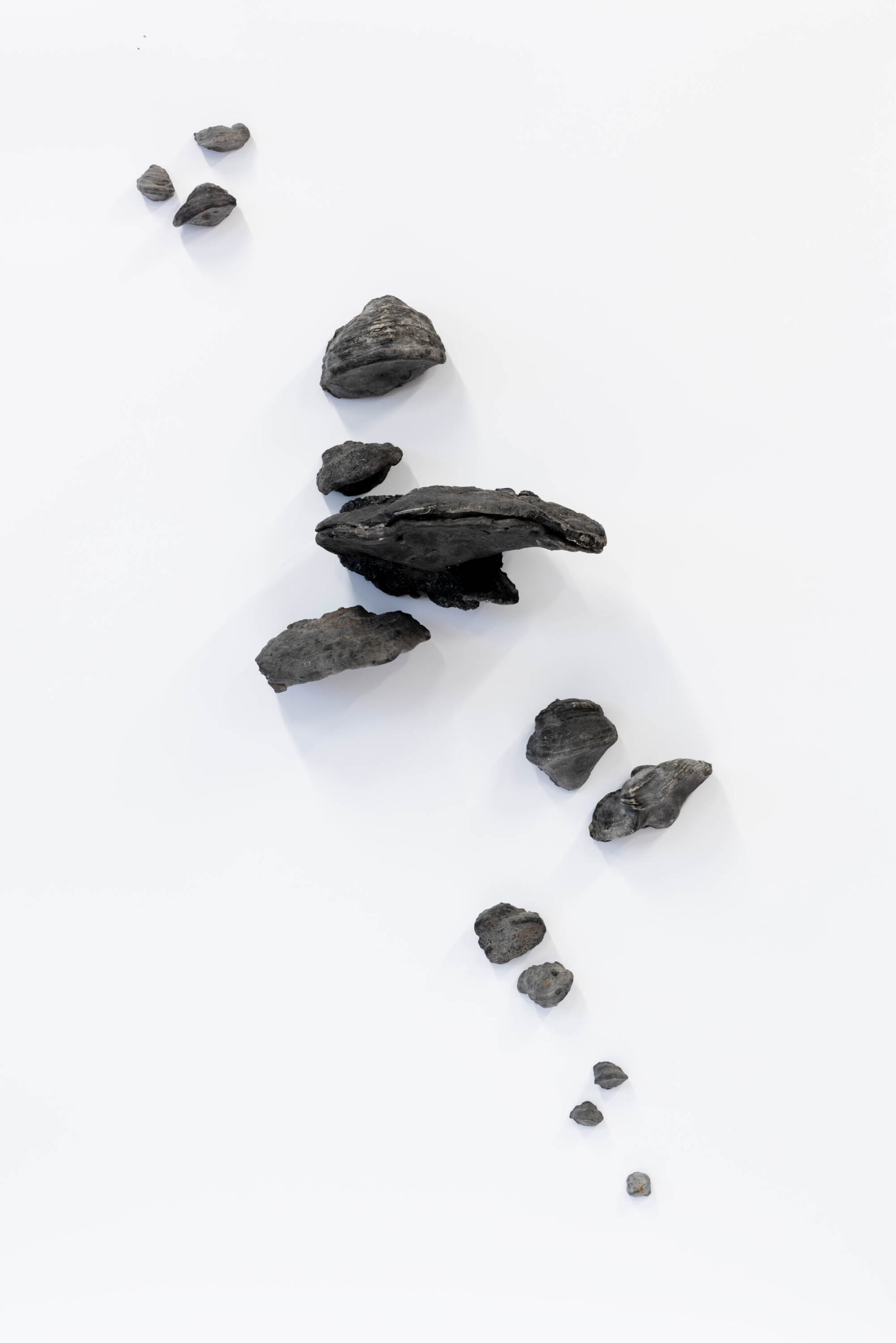 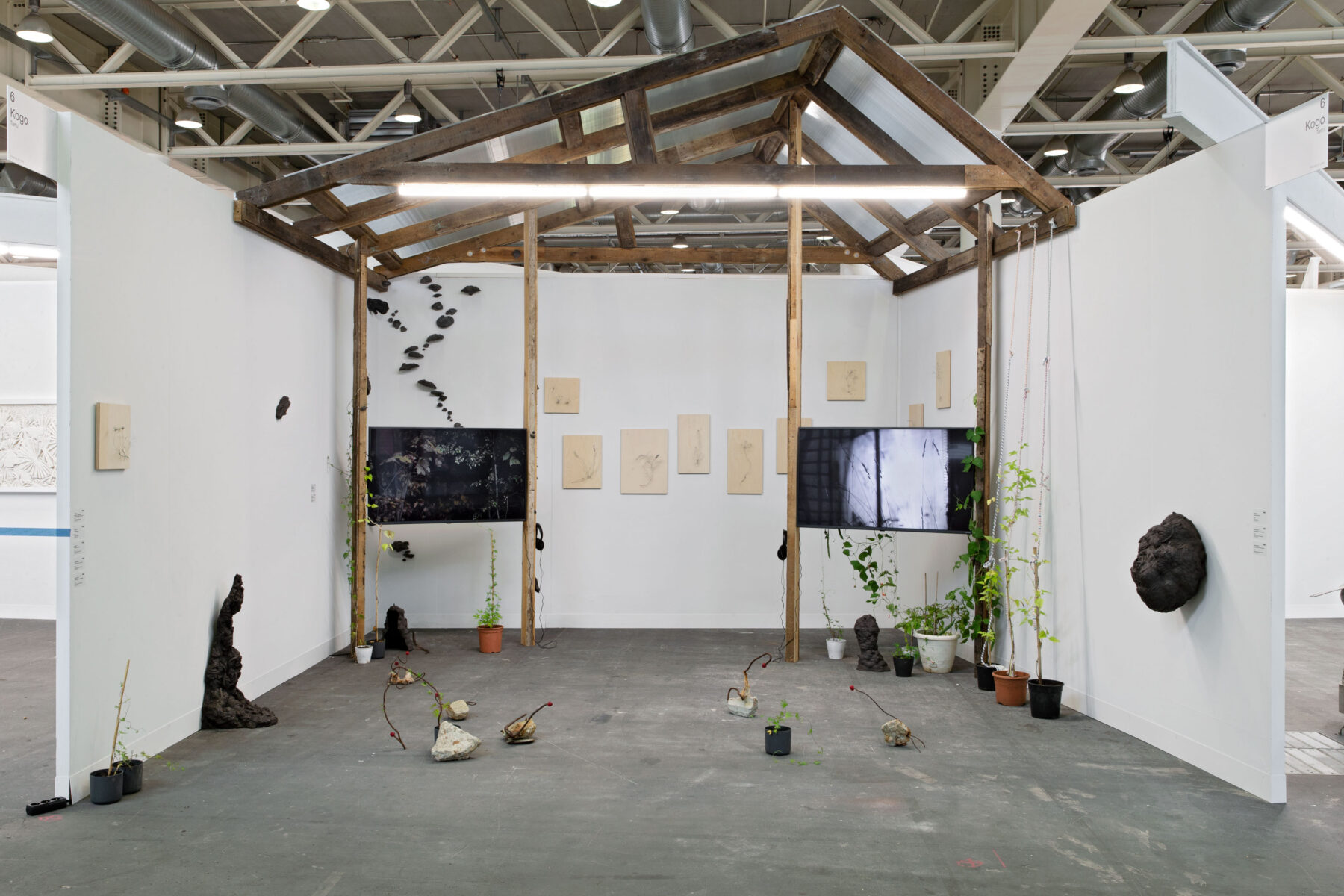 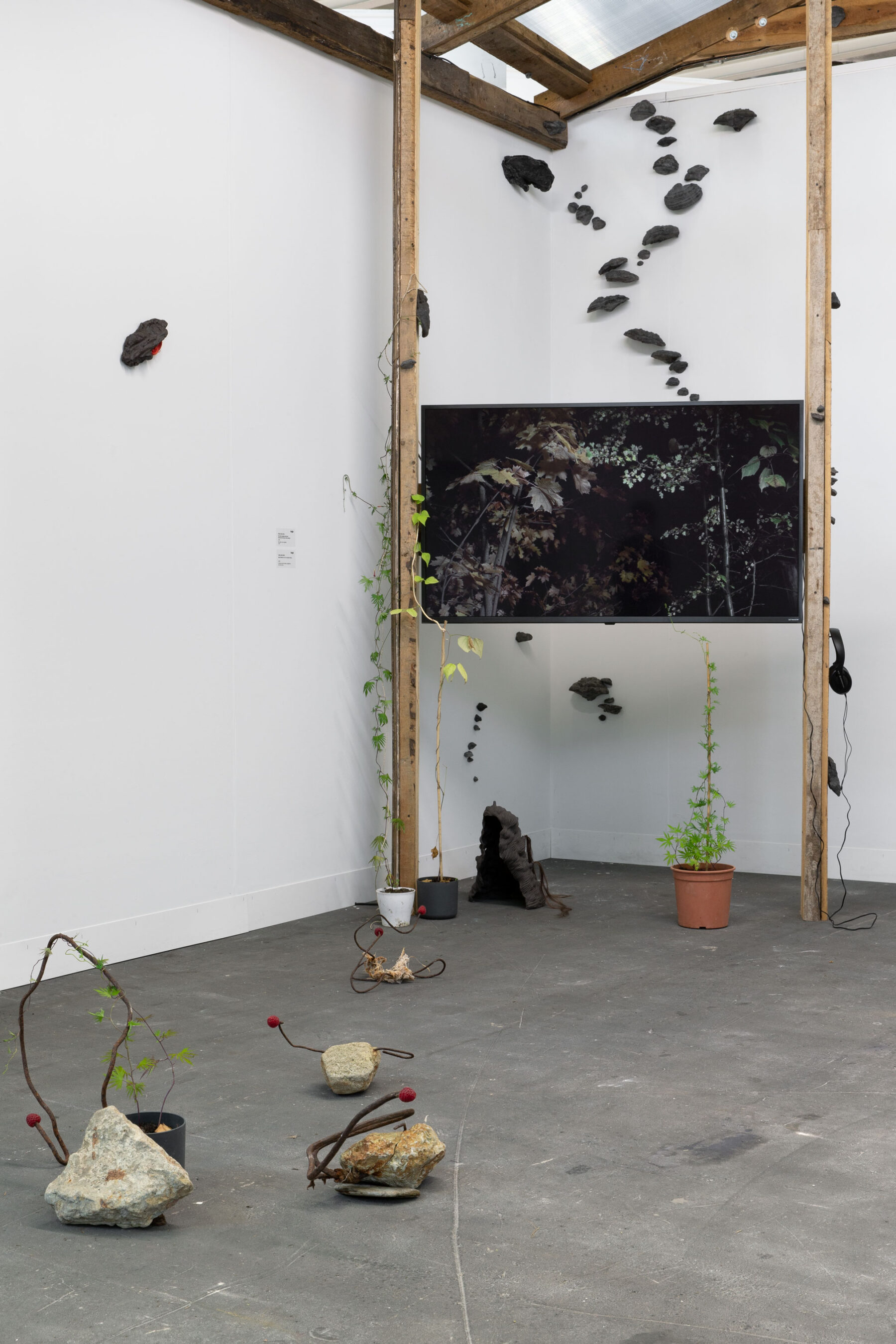 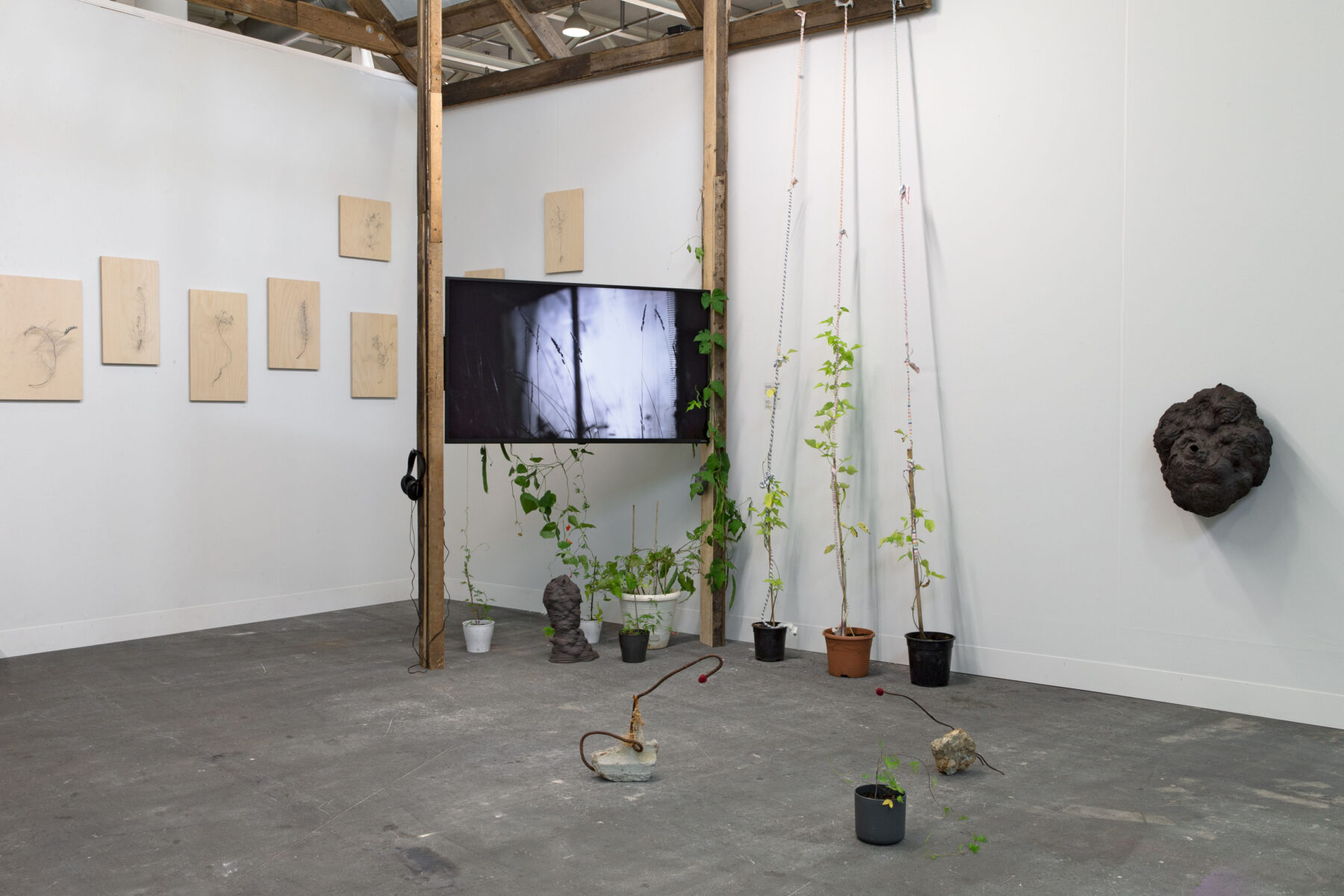 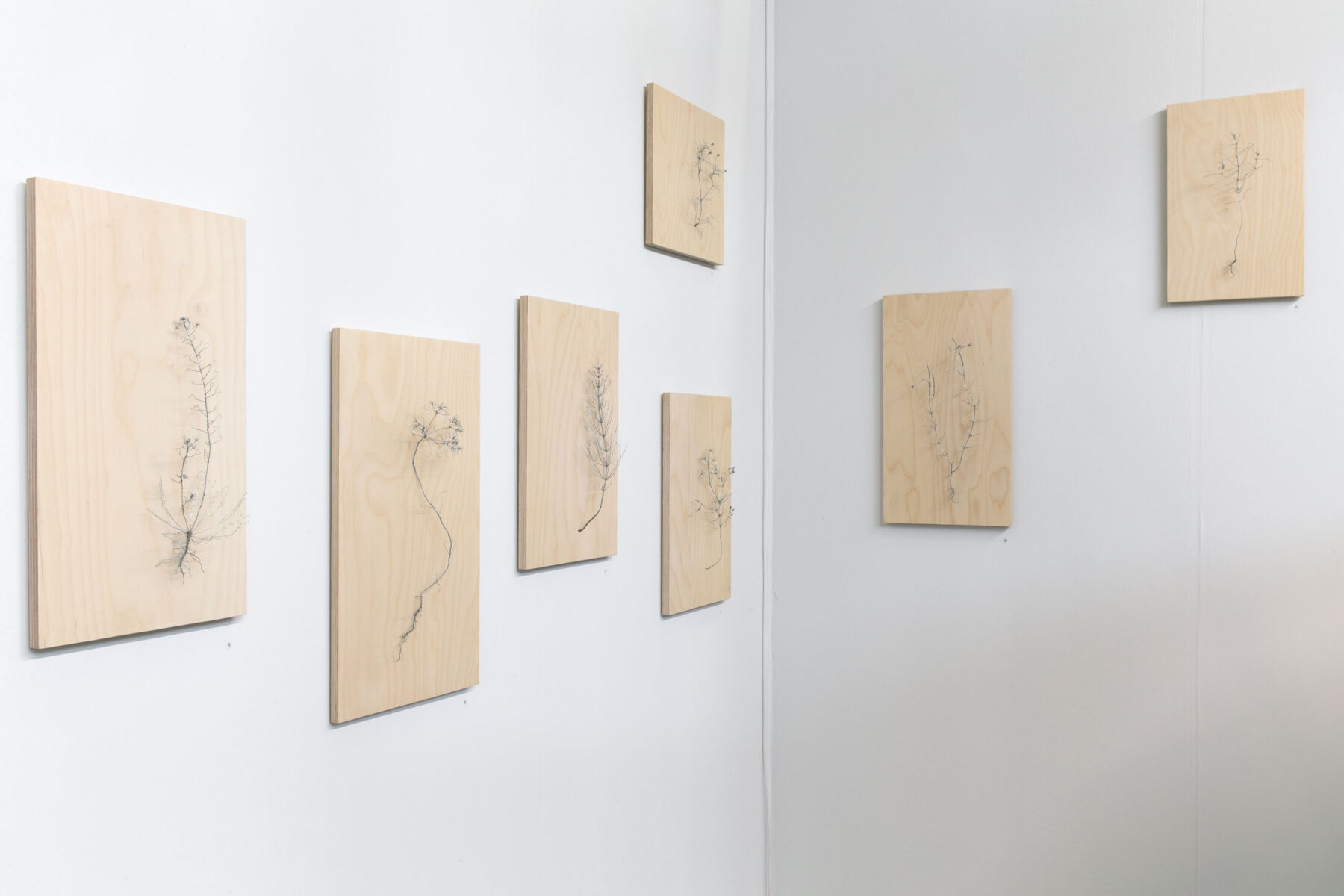 Works from the series Do You See them As Well? by Eike Eplik at Liste Art Fair Basel, 2021. Photo by Gina Folly
4/5 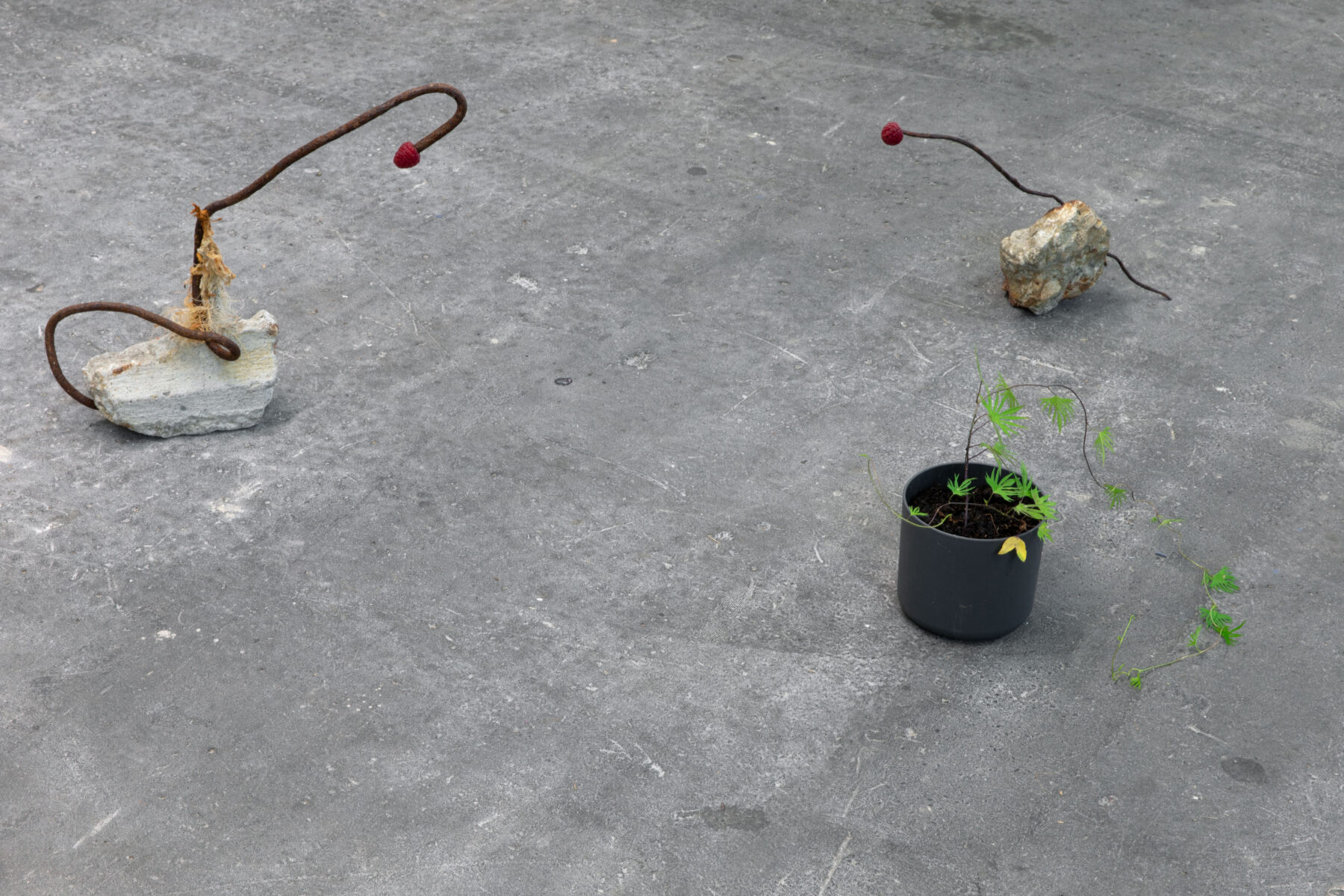