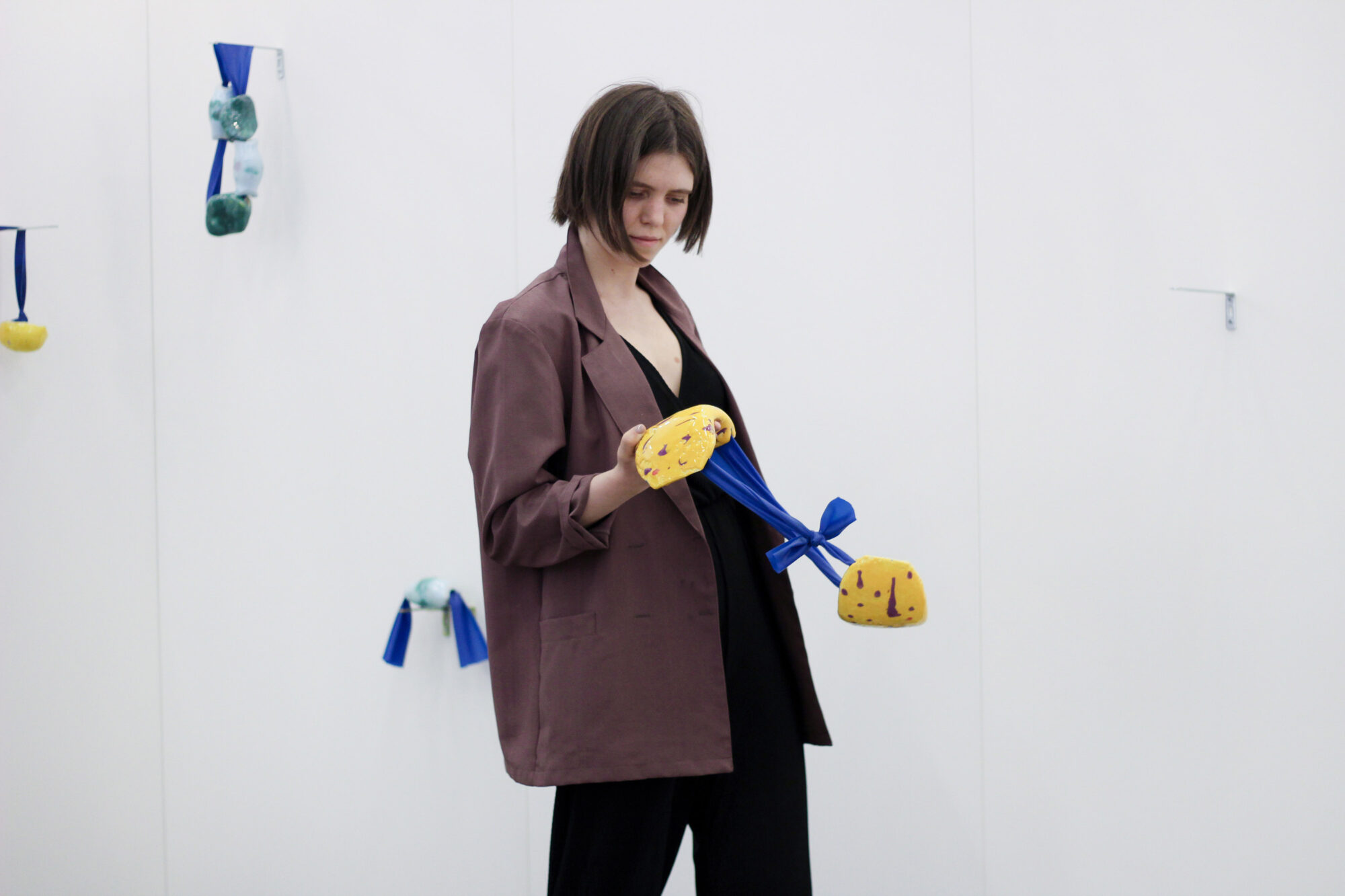 Kogo gallery shows at Artvilnius’19 a group exhibition with paintings and painting installation by Kristi Kongi (EE), an installation by Kati Saarits (EE) and objects accompanied by the performance by Nora Mertes (BE/GE). Many thanks to the great performamce artists from Kaunas: Vilma Drulyte, Saulė Noreikaitė and Gabija Misevičiūtė!

Kristi Kongi recreates in her paintings the places and still lifes that have caught her eye. She invites to experience the places and the things she has been discovered and carefully observed. She is interested in the feeling that places objects, forms, proportions, compositions, colours, and light creates.

The artist has created a collection of semi-functional tableware, starting with the classification of two objects that are widespread in applied art – the platter and the vessel. Having studied the archives of various collections of applied art, she has compiled a set of objects commuting between a functional object and an abstract sculptural form. In this sculpture series, the fascinating part for her is the blending of the fields of applied and visual arts, the process of adding functionality to the intuitive and abstract form and combining the concept of installation and the collection. As an addition to the work, the artist has produced a fictional product catalogue based on the selling aesthetics used at interior stores. Through this, she allows the abstract forms to be functional again – a possibility to be used for practical human purposes.

With her collection of ceramic objects, Mertes invites to visual and tactile research on objects which function is unknown or yet undiscovered. The artist is fascinated by the potentials of the objects, which are hidden, but to which the objects seem to imply. Furthermore, Mertes is interested in physicality and the relationship between a human or a user to surrounding objects that have lost their function or which commute between function and aesthetics. The series makes associations with the sports- and fitness equipment. The artist has combined the abstract ceramic objects with coloured sports rubber bands, referring to objects that are designed according to the human body. During the fair, there a performance that accompanies the work takes place twice. The performers: Vilma Drulyte, Saulė Noreikaitė and Gabija Misevičiūtė. 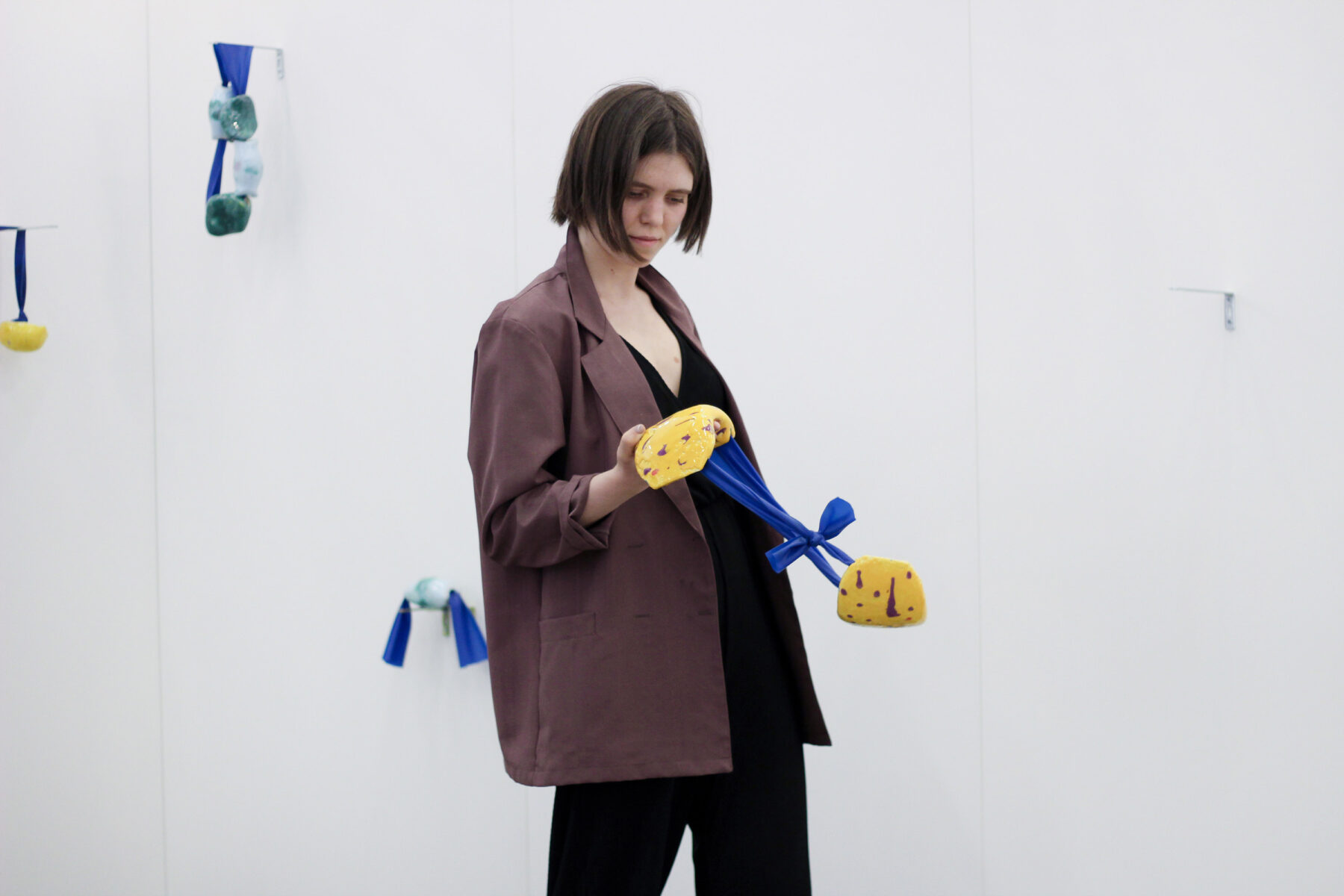