Martiini (b. 1972) has studied painting and wall paintings’ restoration at the Pallas University of Applied Sciences, previously also sculpture. He also produces audiovisual and sound art. Since the late 1990s, Martiini has been actively involved in the experimental art scene in Tartu, participating in the activities of the interdisciplinary group eksp and also leading the artist-group Arvo Kolmnurk with Juka Käärmann. In 2012, the record company Õunaviks released Martiini’s album virr-varri ähvardus. Recently, he has done a musical collaboration with the creative association vmr (Villem Jahu, Martin, Riho Kall) artistic collaboration in artistic group Congregation of Chaos and verbal performances at the events of the publishing house ;paranoia. 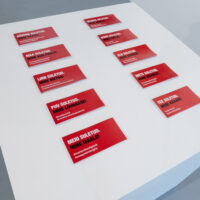 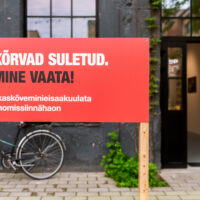 Enquire about this artwork 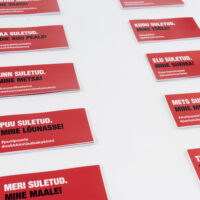 Package of ten stickers with different messages. Unlimited edition. Available at the gallery.

Time to Dream or Fear? 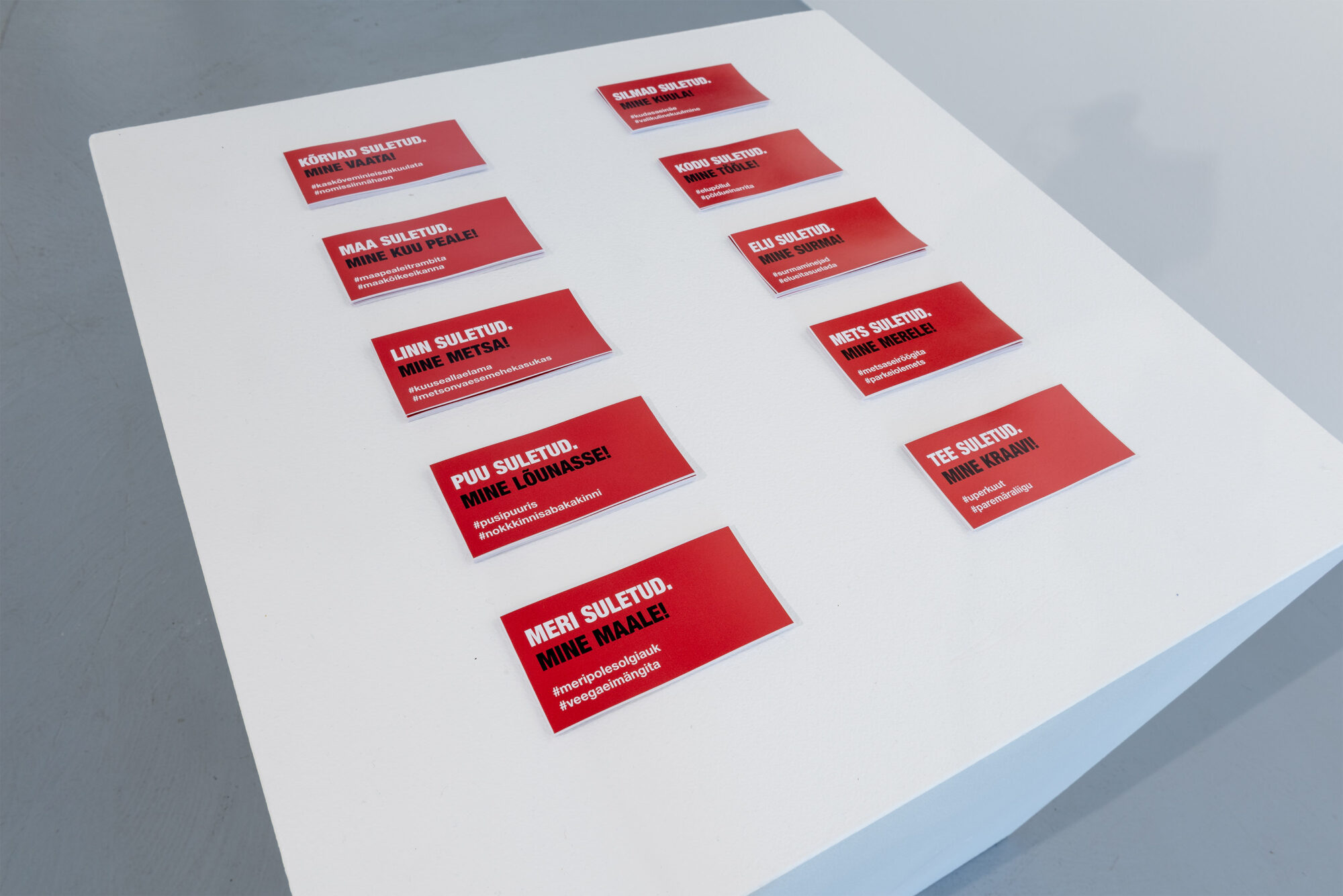 Enquire about this artwork

Martiini has created a series of warnings and instructions for public spaces named “Closed?” with a design familiar to Tartu residents, but with distorted content. You can choose between 10 different messages. The sign at the front of the gallery is one of the messages printed on a sticker on an aluminium composite plate. Tenders can also be made for print files so that you can format them up to 50 x 100 cm.

Time to Dream or Fear? 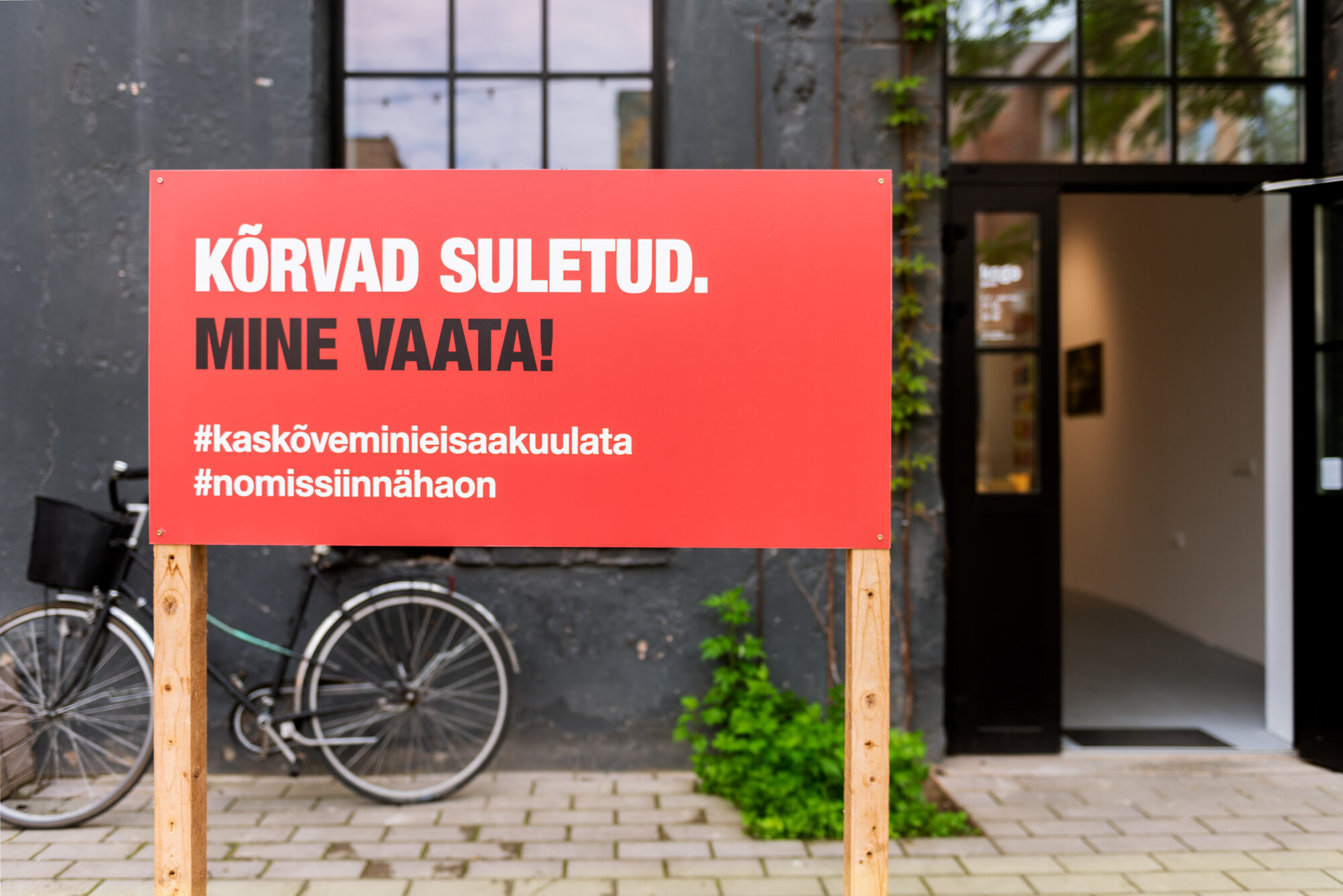