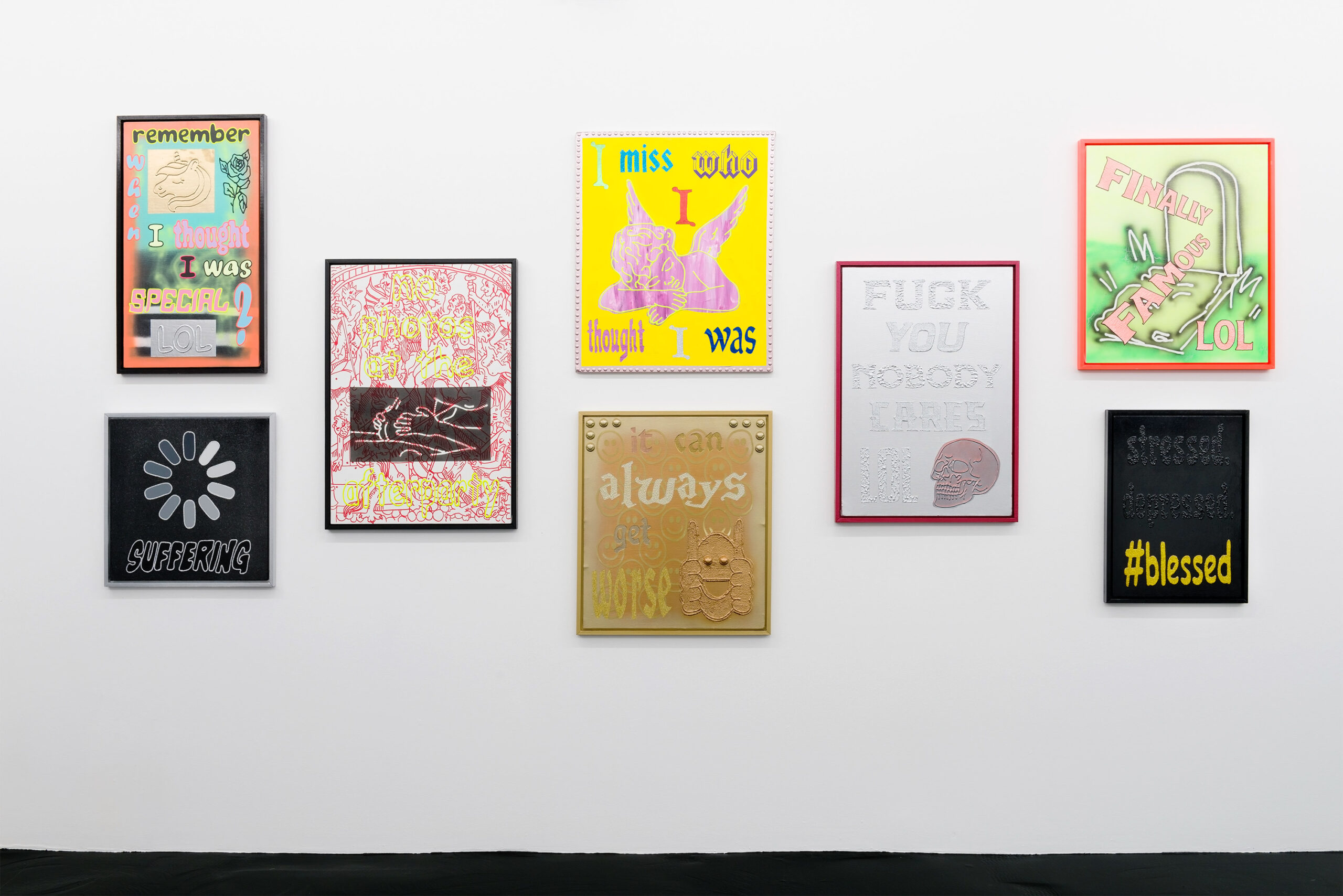 Nr 2 (remember) from the series “That Awkward Moment“

Kennet Lekko (b. 1992, Tallinn) is an up-and-coming artist from Estonia, living and working in Berlin.

At first glance, Lekko’s paintings might seem fast and overpack with randomly associated imagery. Still, on closer inspection, they turn out to be complex symbolic networks reflecting the contemporary struggle of being young and finding one’s place in modern society. In a manner fitting to the times when selfie culture is running wild, and everyone seems to be more self-obsessed than ever, his starting point comes from observing these processes and his personal experience regarding these dynamics. Kennet Lekko, while criticising and often being ironic about the superficial and digital-passive generation of the Millennials, is at the same time aware of himself being a part of and being influenced by his times.

Much in the way of online status updates, his work might appear super positive at first glance. Yet, many of the topics depicted go deeper into darker territories of the human experience, such as envy, anxiety and self-doubt. With his distinctly juvenile visual language, he holds a mirror to his generation with its constant need to maintain a cheerful facade and get outside approval. Lekko’s style consisting of bright colours, cartoonish figures and fragmented words on textile or canvas, evolves to a strongly associative pictorial realm blurring the lines between high and low culture without choosing the side. By depicting collective memory, transforming the recognition into a new context, his paintings show tragedy and humour in balance, let the viewer connect to the imagery and stumble across it simultaneously.